While World of Tanks is usually known for their more serious, historically accurate gameplay, that doesn’t mean they can’t also have a bit of fun. World of Tanks has unveiled a Rocket League type game mode where teams of 3 face off in a game of soccer, except they’re all driving tanks. The team behind World of Tanks really went all out on this one as they even commissioned legendary goalkeeper Gianluigi Buffon to voice the commentator for the new mode. If you’re a World of Tanks fan make sure you play the new Tank Football mode before July 29th when it ends. 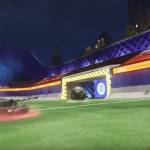 World of Tanks gets a Rocket League-inspired mode to celebrate the World Cup World of thanks. www.pcgamer.com

2. Pokemon Go Introducing Trading and Friends Lists   Niantic announced a new update set to release this week that is going to drastically improve the social aspects of the game. The new update will allow players to add each other as friends, which will provide benefits when performing activities together. You will also now be able to trade Pokemon with one another. You can even send gifts to your friends if you’re feeling especially generous. 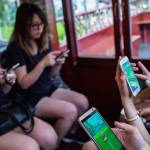 3. Ominous Signs in Fortnite Suggest Something Big is Going to Happen   When Fortnite came to the Switch last week it included a unique detail; the televisions inside the game were all broadcasting a countdown clock. Now, the televisions on other platforms are broadcasting a red skull. Many are speculating these signs are indications that the missile inside the super-villain lair west of Snobby Shores is set to launch soon. Whether that will happen soon, as in this season, or at the start of the next season is anyone’s guess. 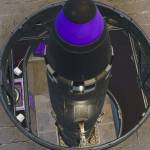 Fortnite’s TVs are all broadcasting skulls, and it could be hinting at a missile launch Could this be the first tease of Season 5? www.polygon.com

4. New Game ‘Beyond Blue’ Revealed by Creators of Never Alone   Beyond Blue is a new game about exploring the ocean’s depths. You will play as Mirai, the lead researcher on a team tasked with exploring the ocean using new technologies. The game is set in the near future and will require players to navigate stressful situations where they must manage resources and prioritize objectives. Beyond Blue is set to release early next year on PlayStation 4, Xbox One, and PC. 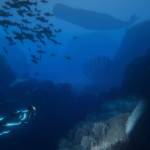 Never Alone Creators Reveal New Game Beyond Blue - IGN The creators of Never Alone have announced a spiritual successor in Beyond Blue, a game about exploring the ocean depths. www.ign.com

5. ‘Kill la Kill The Game’ Announced   Anime fans rejoice as a game based on the popular series Kill la Kill has just been announced. The game is listed as a “battle action” title on the official website, which suggests it will be a fighter game similar to Dragon Ball FighterZ. We don’t know what platforms the game will release on when it comes out next year, but more details are set to come during Anime Expo 2018 which takes place July 5th-8th. 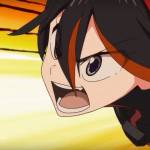