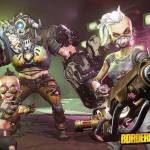 2. Bungie is Nerfing a Couple Destiny 2 Guns   Bungie is set to nerf PvP all-star hand cannons Luna’s Howl and Not Forgotten in Destiny 2’s upcoming Season of Opulence. Both guns have the Magnificent Howl perk, which leads to such a fast time to kill that it makes other weapons feel weak in comparison. Bungie plans to nerf the Magnificent Howl perk and reduce the firing speed of both hand cannons from 180 RPM down to 150 RPM. 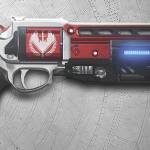 3. League of Legends’ New Champion is a Magical Cat   Yesterday Riot Games revealed Yuumi, the next champion to come to League of Legends. Yuumi is a magical cat with some unique abilities. Most notably, Yuumi can attach to allied champions so she doesn’t need to control her own movement. When attached, some of Yuumi’s abilities change slightly. Yuumi comes to League of Legends’ live servers on May 14th. 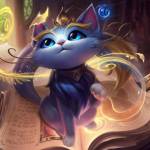 League of Legends to Add Yuumi the Magical Cat, a Champion for Newcomers - IGN League of Legends will soon be adding a new champion named Yuumi that is aimed at helping newcomers, and possibly best of all is that she is an incredibly cute magical cat. www.ign.com

4. More Information About Death Stranding   Hideo Kojima and Norman Reedus technically revealed some more information at the Tribeca Film Festival this week. We say technically because everything about this game is extremely confusing and we have no clue what’s going on. Kojima emphasized Death Stranding is a metaphor for connection, either between players or the player and the world. Sooo, maybe the game’s multiplayer? Either way, Death Stranding looks dope. Check out this article to read more about what new Death Stranding info was revealed. 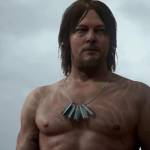 5. Risk of Rain 2 Roadmap Promises New Characters and Bosses   The team behind Risk of Rain 2 just released a roadmap outlining their content plans for the game moving forward. Starting in June, Risk of Rain 2 will be getting a series of updates that introduce new survivors, stages, bosses, items, and more. These updates will continue up through Spring 2020 when the game will officially launch version 1.0. 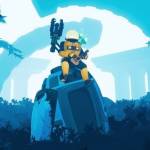 Risk of Rain 2's roadmap lays out plans for 4 new characters and even more bosses by spring 2020 The first big update, coming in June, will include a stage, playable character, boss, and more items. www.pcgamer.com