In a surprise developer update this morning the Overwatch team revealed the Workshop, a new custom game mode editor. Jeff Kaplan described the feature as one for “power users,” and explained that the new tool will be easiest to utilize for those with game development or programming experience. The Workshop enables players to build custom game modes and even prototype new heroes. Check out the video below to hear more about it! 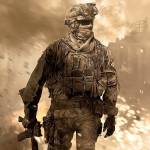 The Next Call of Duty May Have Just Been Revealed in the Strangest Way - IGN NFL players and 2019 draft prospects attended a private Call of Duty event, possibly letting the newest game title slip in the process. www.ign.com

3. Days Gone Getting Free DLC Starting this Summer   Although Days Gone hasn’t even released yet, the developers announced this morning that the game will be receiving free DLC a couple months after launch. The DLC will include a new Survival difficulty that sounds effectively like playing the game on ‘hard mode.’ There will also be new challenges and rewards for players who complete challenges or Survival mode. Days Gone releases on PlayStation 4 this Friday. Days Gone Free DLC Confirmed, New Difficulty Mode Coming in June - IGN With Days Gone only being a couple days away, Bend Studio has begun talking about the free DLC that will give players a new difficulty mode, new challenges, and much more this June. www.ign.com

4. Cheaper Nintendo Switch Reportedly Coming Soon   There have been whispers about Nintendo’s plans for new Switch models and today we got some more information about what is supposedly in the works. Apparently, there will be a cheaper version of the Switch coming out sometime this June. There is also word of a “modest upgrade” for the original Nintendo Switch, although Nintendo is not working on a “more powerful version” of the console so make of that what you will. 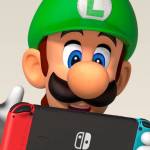 5. Planet Zoo Announcement Trailer   The creators of Zoo Tycoon and Planet Zoo have just revealed ‘Planet Zoo,’ a new zoo simulation game. The game includes both a campaign and a sandbox mode, so you can build your zoos however you like. Based on the trailer, the game’s aesthetic is niiice. According to the description, the animals display lifelike behaviors as they explore the habitats you create for them. Planet Zoo is coming to PC in Fall of this year.