To no one’s surprise, Ninja and his teammate Marshmello won the Pro-Am Fortnite celebrity tournament that took place at E3 yesterday. For the first-place prize, both Ninja and Marshmello now get to pick a charity to receive half a million dollars. It is worth mentioning that the million dollar prize is not a part of the 100 million dollars Epic Games has promised to give away in tournaments over the next year. Epic Games recently announced the Fortnite World Cup 2019, which will allow anyone to enter and compete in Fortnite tournaments. 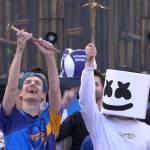 Ninja and Marshmello win Fortnite Celebrity Pro-Am, winning $1M for charity Fortnite's top Twitch streamer and a man with a bucket on his head put on a show. www.pcgamer.com

2. Ubisoft Announces Skull and Bones Beta at E3   During the Ubisoft press conference earlier this week, the studio revealed another gameplay trailer for their upcoming pirate game Skull and Bones. The new trailer showed the ability to customize your ship and explained some of how ship combat will work. Ubisoft recently announced Skull and Bones will be delayed until 2019, but a beta is opening soon and hopeful players can sign up on Ubisoft’s website. 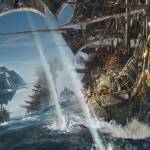 3. The Division 2 Looks to be a Nice Development in the Series   Set seven months after the start of The Division’s story, The Division 2 looks poised to be a fantastic follow up the original game. The new game takes place in Washington D.C., which has been decimated is a fashion similar to New York City in the first game. The Division itself has gone silent, leaving the remaining agents left to fend for themselves. One of the most exciting aspects of The Division 2 is the new ‘end-game first’ philosophy, which will hopefully reward players for sticking with the game. E3 2018: The Division 2 Refines Its Core Gameplay And Builds Towards Its Future Ubisoft's upcoming open-world shooter for PS4, Xbox One, and PC keeps its pace as it creates a more focused endgame grind. www.gamespot.com

4. Hitman 2 Looking Promising after Demo at E3   Although Hitman 2 has a new publisher it looks to be a welcome continuation of the series. According to people who played the live demo at E3, the sequel includes all of what made Hitman great. Agent 47 still has all of his delightful personality, the environments are still rife with intriguing ways to interact, and the missions are still exciting to play through in your own way. Hitman 2 release on PlayStation 4, Xbox One, and PC on November 18th.

E3 2018: Hitman 2 Is More of the Same, and That's a Very Good Thing - IGN Io's clearly being allowed to do what it wanted to with a second season. www.ign.com

5. Transference is a Psychological Thriller Coming from Ubisoft   Ubisoft revealed a trailer for their upcoming game Transference and it can only be described as trippy. The game is like a mix between a game and a movie, as the player explores the story of a boy caught up in his father’s destructive ways. The environment changes as the player explores and moves through it, which only increases the unsettling feeling of the game. The trailer makes it seem like the game is meant to be played in virtual reality, but it was also release on Xbox One and PlayStation 4.