Respawn Entertainment revealed their new game ‘Star Wars Jedi: Fallen Order’ at Star Wars Celebration this past weekend. The game is a single-player experience that has you play Cal Kestis, a Jedi Padawan who survived Order 66. Fallen Order will introduce several new planets and characters to the Star Wars universe. It will release on PlayStation 4, Xbox One, and PC on November 15th, 2019. 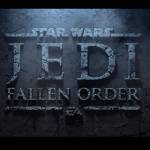 2. Massive Clash Royale Monthly Update   Supercell just released a major update for Clash Royale that looks completely awesome. The biggest thing in the update is Trophy Road, a new way to earn rewards as you earn more trophies. There is also a new card called Earthquake, that does massive damage to buildings and slows troops. Finally, there are some new game modes coming. Watch the update video linked here to learn more!

3. Path of Exile Looks to Rework Melee Combat   Path of Exile is a free to play dungeon grinder, similar in gameplay to Diablo, that has been highly popular among fans of the genre. The game’s latest expansion reworked spellcasting, and now the game’s next expansion looks to do the same for melee combat. The 3.7.0 expansion due in a couple of months looks to improve animations, feedback, movement, and more for up close and personal fighters. 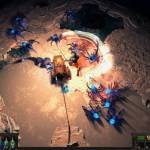 4. Sony Blocks Destiny 2 Account Transfers   Bungie was hoping to enable transferring Destiny 2 characters across platforms, but Sony quickly shut that down. Sony “wants people to associate Destiny with PS4” which means we all suffer. Sony has historically fought against cross-platform measures, shutting it down in games like Fallout 76. Fortnite was the exception due to the game’s massive size and popularity. 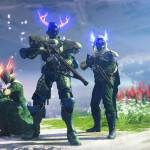 5. Square Enix Confirms Octopath Traveler is Coming to PC   Last week, there was a leak that suggested the JRPG Octopath Travler would be coming to PC. Square Enix, the studio that developed the game, confirmed this morning that the game will release on Steam on June 7th. The game will be receiving some Steam-specific updates, like achievements and trading cards, but other than that there should not be too many additions to the year-old game. 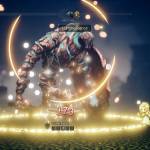