Happy E3 week Mooties! This week The Daily Moot is going to be focused on E3, covering the most exciting recent announcements on a day by day basis. We will get back to our normal structure next week, but in the meantime lets get right into it!   1. The Elder Scrolls 6 Announced Finally, we have confirmation that we will eventually get another Elder Scrolls game. At the end of Bethesda’s E3 conference, which was awesome by the way, there was a short trailer that showed some mountains and the words “The Elder Scrolls 6.” With no mention of a release date or even a working title, we have to assume it will be at least a couple years until this game comes out. But it is coming, and for now that is good enough. 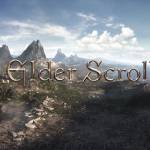 The Elder Scrolls 6 announced Here's what we know. (It's not much.) www.pcgamer.com 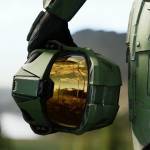 3. Gears of War 5 Announced   During Microsoft’s press conference they also announced the continuation of another popular series, Gears of War. Gears of War 5 will focus on Kait, one of the characters introduced in Gears 4. The newest game in the Gears of War series seems to focus on exploring on your own more than previous games. Gears of War 5 is releasing next year and you can watch the trailer in the article linked below. 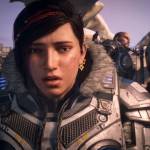 Gears of War 5 coming in 2019, stars Kait from Gears 4 A returning character takes the lead in the next main Gears game. www.pcgamer.com

4. Kingdom Hearts 3 Trailer Reveals More Disney Characters   Although Square Enix had already announced Kingdom Hearts 3, many fans were excited for E3 in hopes of learning more details about the new title. While there was a trailer, it didn’t reveal much new about the game. The trailer did, however, reveal that the loveable main character from Ratatouille, Remy, will make an appearance in the new game. The trailer also showed characters from Monsters Inc., Toy Story, Tangled, and Frozen. Kingdom Hearts 3 will be releasing in January of 2019. 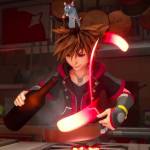 5. Just Cause 4 Gets a Release Date   We already knew about Just Cause 4 due to leaks over the last few weeks, but the developers gave us more concrete details about the game during the Microsoft conference at E3. We now know the game will release on December 4th of this year. Just Cause 4 looks similar to previous iterations of the game, with some small updates. A new game engine allows for dynamic weather, which is showcased in the gameplay trailer. Otherwise, it is a traditional Just Cause game with open world gameplay, an assortment of vehicles, and of course classic wingsuit action. 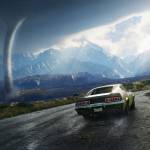 Just Cause 4 is coming in December, features scary weather Sandstorms, blizzards and more lie ahead. www.pcgamer.com Celebrate the World Cup with the Moot Summer Showdown! The World Cup is fast approaching, and with that comes a new challenge on Moot. I am happy to introduce the Moot Summer Showdown! A Rocket League tournament. Let me show you the rules and how to enter. HOW TO ENTER + DETAILS - There will be three separate tournaments, one for each platform. PC/PS4/Xbox - Registration starts on June 12th 2018. Players will register through the Rocket League tournaments tab found in-game under the “play” drop down menu. They will search for the tournament name “Moot World Cup” on their platform. - Tournament starts on June 16th at 11am PDT. (7pm BST). - It is a 2v2 single elimination tournament. Once you're out, you're out! - 16 teams of two will be allowed to enter per platform, so get a team together quickly! - Servers will be NA-West which is where Moot is based. -To fit with the summer theme, Salty Shores will be the only map in rotation. - Each team will base their team name off of a country. - Thankfully, there will be NO MUTATORS. - Participants must be signed up to Moot. PRIZES PC Winners will receive one Razer Synosa Chroma Keyboard each. PS4 Winners will receive one Crystal PS4 Controller each. XBOX Winners will receive one Ocean Shadow Controller each. RUNNERS UP will receive a random Rocket League shirt and a commemorative badge pin. - Good Luck! moot.us