1. Moot Points Episode 49: Reboot Vans Added to Fortnite   Good afternoon ladies and gentlemen! In this week's episode of Moot Points with Dylan & Brian, the guys discuss the controversial Reboot Van that was just added to Fortnite. Are you loving or hating the Reboot Vans so far?   COMMENT YOUR MOOT USERNAME ON THE YOUTUBE VIDEO FOR A CHANCE TO WIN 250 MOOT COINS!!

2. Rainbow Six Siege Update Bringing Operator Changes   Ubisoft released Designer Notes this morning that lay out operator balance changes coming in Rainbow Six Siege’s next patch. The patch includes reworks for both Lion and Capitão, which should not be surprising. What may be surprising, however, are the surprise nerfs to Nomad, Blitz, and Maestro. There is also a buff for Kaid’s AUG-A3. Read the full upcoming changes in the article linked below. 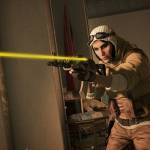 Lion will finally be less annoying in Rainbow Six Siege’s next patch Two long-awaited reworks and interesting nerfs for Maestro and Nomad are on the way. www.pcgamer.com

3. World of Warcraft Introducing Mount Abilities   Starting in patch 8.2, World of Warcraft players will be able to customize their mounts with abilities. This is in response to players using the Water Strider mount almost exclusively because of its ability to walk on water. Blizzard has revealed three mount abilities so far: a saddle that prevents damage from knocking you off your mount, a parachute that prevents you from taking damage when falling, and shoes that allow you walk on water. 4. Mega Update Releases for Atlas Today   Massive multiplayer pirate game Atlas got a massive update today that added to the map and introduced a new game mode. There are now apparently 40% more islands and unique land masses for players to explore. There is also a new game mode called Colonies that encourages cooperation between players. There were significant problems with Atlas at launch, so it is nice to see the game get large updates. 5. World War Z Launch Trailer   Co-op zombie survival game World War Z is set to launch next week and the developers just released a launch trailer to celebrate. You’ll be able to play World War Z with friends or against others in the game’s Player vs Player vs Zombies game mode. World War Z launches on April 16th on PlayStation 4, Xbox One, and PC. Note: it will be on the Epic Games Store on PC, not Steam. 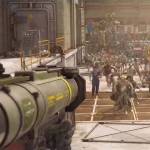 Watch the World War Z launch trailer ahead of its release It's out next week on the Epic store. www.pcgamer.com