Tidal Basin is the first part of the Invasion: Battle for D.C. and it comes to The Division 2 tomorrow. In Tidal Basin, players will get new challenges that can ultimately advance them to World Tier 5. There are also two new exotic weapons coming to the game. On April 25th, Operation Dark Hours comes to the game as the first 8-player raid in The Division history. 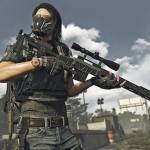 2. Battlefield 5’s Premium Currency Launches Today   Starting today, Battlefield 5 players will be able to purchase Battlefield Currency with real money. This new premium currency will allow players to purchase cosmetic upgrades, special characters, and experience boosts. New epic-level cosmetics are coming to the game today alongside the new currency. There are two bundles you can purchase, a Starter Pack and a Premium Starter Pack. 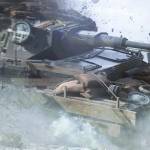 3. Pokemon Go Fest is Going Global   For the last two years Pokemon Go Fest has taken place in Chicago. This year, the event is still coming back to Chicago but it is also going to occur in two other locations. Pokemon Go Fest will be in Dortmund, Germany and an as of yet undisclosed city in Asia. At Pokemon Go Fest players catch Pokemon and participate in exclusive game activities. 4. BioWare Boss Acknowledges Studio’s Issues   If you’ve missed this week’s drama, let us try to catch you up. An article from Kotaku reported on cultural issues within BioWare that could’ve contributed to Anthem’s weak launch. Initially, the response from BioWare seemed to be one of denial. However, this morning the head of BioWare acknowledged that “these problems are real” and they will work to fix them. While that’s well and good, I think the bigger question remains; can they fix Anthem while they’re at it? 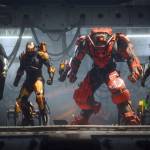 BioWare Boss Addresses Studio Issues, Vows To 'Continue Working To Solve Them' The head of BioWare addressed a Kotaku report on the studio’s cultural issues yesterday afternoon, acknowledging that “these problems are real” and promising that it is “our top priority to continue working to solve them.” kotaku.com
SEARCH Moot POST