Final Fantasy XIV: What is Planned for the Upcoming Year 2023

This post originally appeared on MmoGah. Link: https://www.mmogah.com/news/ffxiv/final-fantasy-xiv-what-is-planned-for-the-upcoming-year-2023   2022 has almost come to an end, and the year has been exceptional for the Final Fantasy XIV game and the community. The game received a ton of much-needed additions and changes, including new quests and new servers. And FFXIV went on to conclude the year by winning multiple awards, including the best Ongoing Game and Best Community Support awards at the recently concluded Game Awards 2022. The game has been running for more than a decade now, and what is next for FFXIV in the upcoming year, 2023?       Before going over what Square Enix has planned for FFXIV players and fans in 2023, check out our website to get what you need or want for your beloved character: fast delivery FFXIV Gil or hand-leveled Power Leveling. Related FFXIV Gil Link: https://www.mmogah.com/ffxiv-gil Related FFXIV Power Leveling Link: https://www.mmogah.com/ffxiv-power-leveling 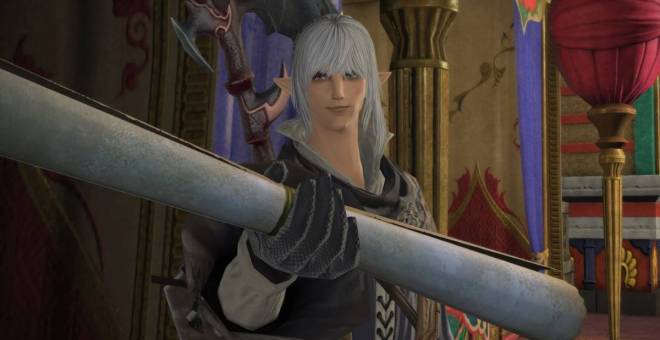 The first big news for FFXIV fans for 2023 is the return of Fan Festivals. While Fan Festivals have been a thing for some time, Square Enix hasn’t hosted a real Fan Fest in a pretty long time. The last event was held digitally due to the pandemic-related restrictions, and Square Enix has finally decided to bring back the good old region-specific physical Fan Festivals to celebrate the game and the community. The festivals are planned to take place throughout 2023 and 2024 in the US, the UK, and Japan.       These events usually include all sorts of fun activities for fans, such as cosplay contests, keynotes, musical performances, and all sorts of FFXIV-related merchandise. However, these events usually aren’t free so expect the ticket for the upcoming Fan Festivals to cost you a pretty sizable amount.       Here are the planned dates and venues:   North America: Las Vegas, Nevada - Las Vegas Convention Center   Date: 28 & 29 July 2023   Europe: London, UK - ExCeL London   Date: 21 & 22 October 2023   Japan: TBA   Date: Early 2024       Apart from that, more in-game content is also planned to hit the game in 2023. Square Enix revealed their 10-year roadmap for the game’s future in early 2022. While some of the mentioned plans have already seen the light, a ton more is yet to come into the game. This includes plans for 7.0 with new quests and a refined gameplay experience.       While no exact dates for most of these upcoming changes are announced or estimated, we can get a pretty good idea of what is nearby by looking at the said 10-year roadmap. Patch 6.3 series on top of what is planned, Deep Dungeon Series #3, Ultimate Duty #5, and Island Sanctuary updates are among them. Patch series 6.4 and 6.5 are also planned to come out with more content and gameplay changes in 2023.       Apart from that, FFXIV will also be getting its first major graphics update in the near future. According to Square Enix, this is expected to hit the game with the 7.0 Patch series, and we can expect it to come out somewhere in late 2023 or early 2024. Apart from a graphical overhaul, the developers also plan to make FFXIV an overall better RPG experience for solo and team players.       It seems like 2023 will also be a great year for FFXIV and its community. Out of all the upcoming changes announced, what are your favorite ones?