[PATCH NOTES] Imprinted Upon Your Souls

Traductions à venir. Désolé pour le dérangement   Hello, Chasers!   ※ This update will happen simultaneously with maintenance, which is currently scheduled for March 23 (Tue). ※ Update schedule may change based on various considerations, further changes to the update schedule will be announced, so check back on Moot as often as you can. ※ Contents of this update may be subject to change before it goes live.   As we have mentioned in a previous announcement, this update will address some Hero balance as well as changes to content rewards.   Now, let’s dive deep into this update!   [Update Info] ■ A new power, ‘Soul Imprint’ has been added to Elesis. 1. How to use Soul Imprint - Soul Imprint resource charges while taking actions during battle and when the resource meter fills up to 100, Soul Imprint can be activated. - When Soul Imprint is activated, the Imprint state is maintained for a fixed period of time and can be reused after the resource is recharged. 4. Soul Imprint growth ranks and details - Soul Imprint is largely divided into 3 ranks of growth and each rank’s core and their connected traits can be grown. - After each Core Opening, Soul Imprint effects during battle will change greatly. - After opening Traits, you can acquire Trait points that can be used to enhance and grow various traits.

※ Screenshot of when all Traits opened. 5. Core open and growth To open each Core, the Hero growth condition has to be met and the special Soul Temple Dungeon Mission must be completed once. 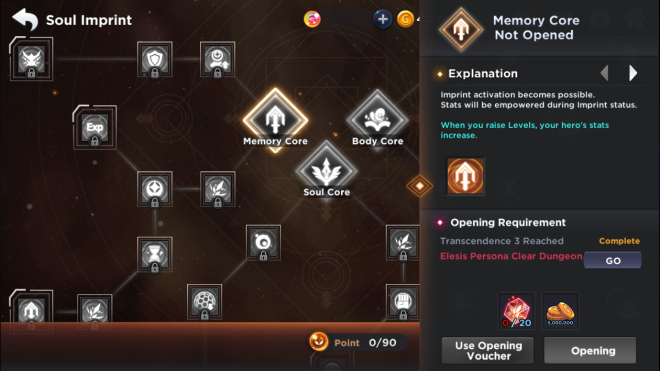 7. Soul Imprint Avatar If you open all traits, you can get that Hero’s Inherent Avatar.   8. How to get Soul Essence Class Soul Essence is crafted from new materials dropped from the new Boss Attack Dungeon.   9. Elesis Soul Imprint Main Effects ■ Added Soul Temple, wherein lies the Hero’s Persona.   - Go to [Menu > Soul Temple] to enter. - Soul Temple is a dungeon for the Hero’s Soul Imprint progression and cannot enter once the mission is completed. - This update opens the dungeon only for Elesis’ Persona 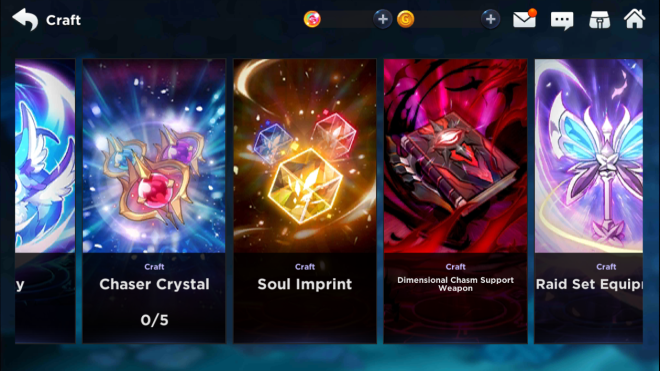 [Soul Essence] - Soul Shards obtained from Boss Attack and Gold can be used to craft Soul Essence for each Class. ■ Take a look at Soul Imprint Skills on the Skill Screen. 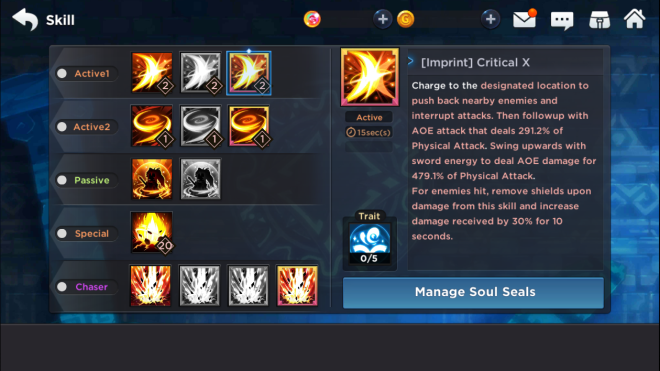 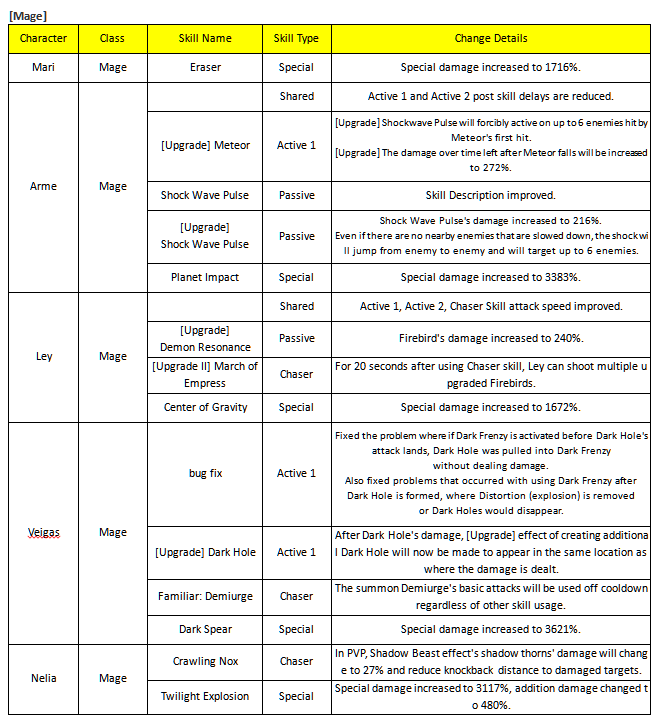 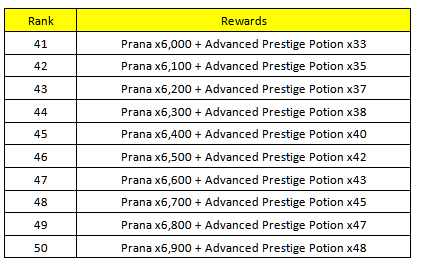 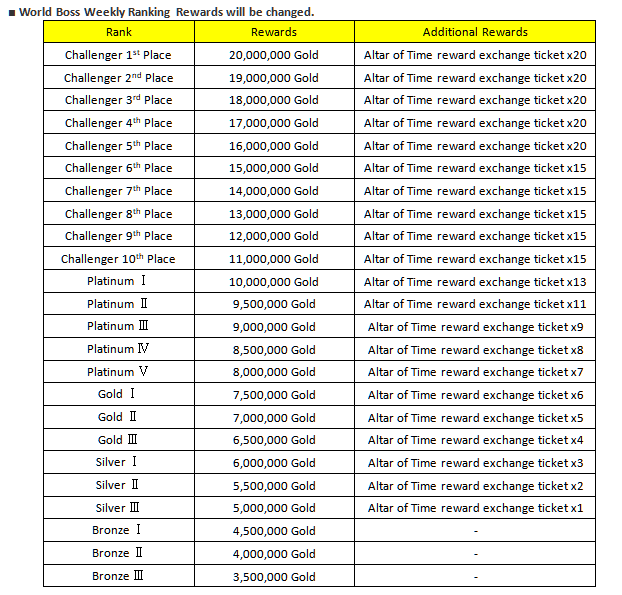 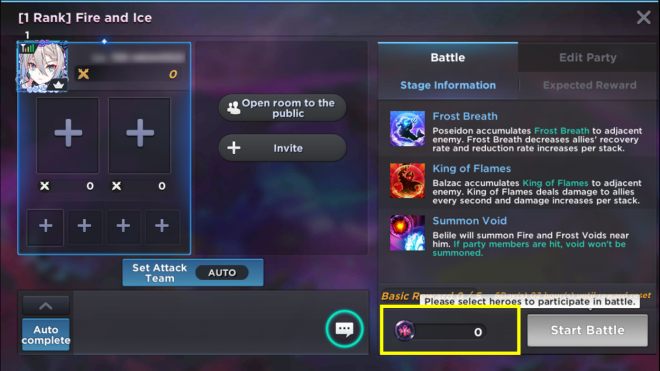 ■ In the Dismantle Accessory UI, accessories eligible for dismantling will be organized by set.   ■ In Raise Shiny, if Shiny Points are capped for the guild member’s Shiny you have selected to play with, there will be a message that asks to confirm.   ■ Transcendence Seal and Transcendence Seal Package item descriptions will be changed. ■ If you have Energy 3 Times Use Boost in effect, it will now be automatically applied to Adventure Dungeon Repeat battles.   ■ Hero Growth – while Transcendence Awakening, the tooltip below will be changed.