So the last time y’all voted (Gen 2) luigia DESTROYED the others, letting it continue 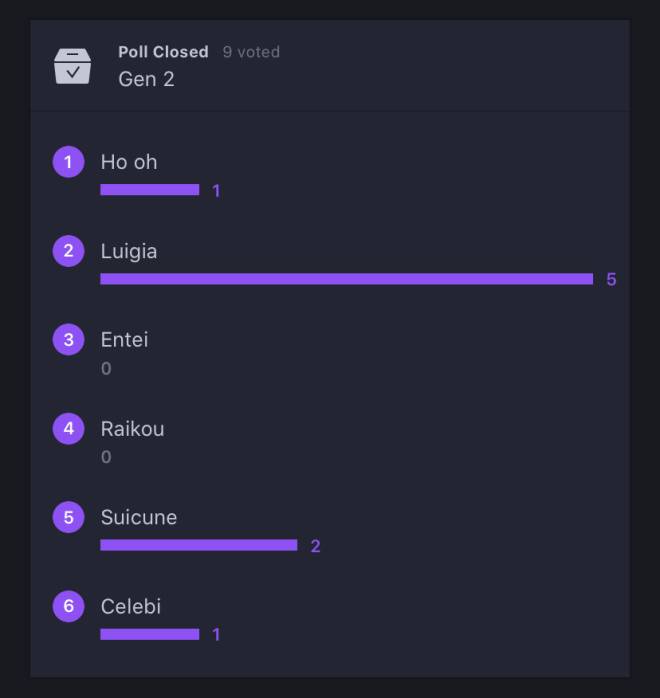 This took the longest to right, but anyways, let’s continue to the Facts that aren’t so fun The Regis Regirock, Regice, And Registeel are the first of there kind, kinda. they are all the first legendary Pokémon with there respective typing (Rock, ice and steel) that have that type and that type ONLY (cus articuno is an ice type but it’s also a duel type), it’s kinda of a stretch for a fun fact but tbh I don’t find much interesting about them... OH NVM, I almost forgot, all of the Regis have 7 dots on their face, this represents the 7 continents of the world as all of them are portrayed as makers of land so to speak, this could also be as continuing the counting chain from gens 1 and 2

The Eon Duo This is less of a fun fact and more of a “wtf as game freak thinking” moment, latios’s dex entree says it’s faster than a get plane, it has a speed of 110, but purugly has a speed of 112 and is extra THICC, so how is this fat cat faster than a jet, like, tf. Also latias’s dex says it can understand human speech, well how the hell else are we supposed to give any Pokémon any of their commands, “pikachu use quick attack!” *pikachu is confused*

Weather Trio Groundon is at a HUGE disadvantage against Kyogre when Groudon is in the primal state, yes it’s weak to water when it’s not in primal state, but it’s 4x Weak when it IS in the primal state, idk why game freak did this cus now everyone is gonna want a Kyogre, and idk what to put for rayquza except that it’s shiny is the best shiny out of all of Pokémon and no one can make me think otherwise

Jirachi Despite it being the first steel type mythical (registell is a legendary) it only learns one steel type move by lvl up, one by TM, and 2 from move tutor, so 4 steel moves out of its pretty large move pool, just seems weird to me

If you have any legendary/Mythical facts, they may make it into the next voting poll