What If The Avengers Had Pokemon Partners? 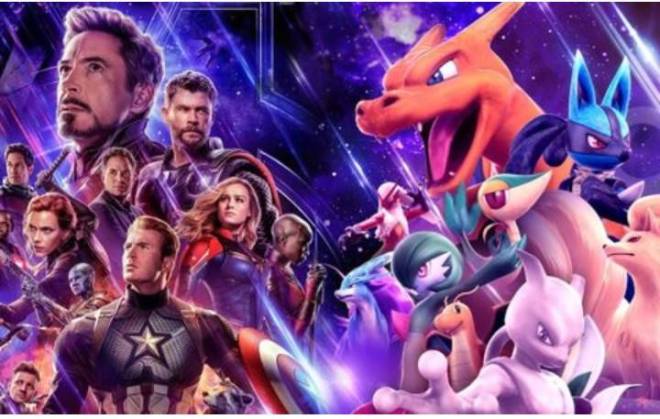 Hello fellow Mooters! Welcome to my second What If post. I made a previous one that said which Avengers were which Super Smash Bros. Fighters and another which was If The Avengers Were Pokemon, but this time it's What If The Avengers Had Pokemon Partners? And this time I chose different Pokemon they can relate to. So my fellow Mooters enjoy this list and let me know if you think this Avenger would have which Pokemon Partner in the comments! So lets get this list started!!! 10. Black Panther and Umbreon

Black Panther, otherwise known as T'Challa, has a deep connection to the moon and the spiritual plane. It's something that makes the nation of Wakanda distinct and allows T'Challa to communicate with his ancestors. On top of being labeled as the Moonlight Pokémon, Umbreon strikes fear in its enemies when surrounded by darkness. T'Challa is the type of person who wouldn't seek the most powerful pokémon as his partner, he'd want something that connected with him on a deeper level and felt true to Wakanda. Umbreon seems like the perfect fit. 9. The Wasp and Ninjask

Most people will be shocked that Wasp wasn't paired up with either Beedrill or Vespiqueen, but both of those are the clear and obvious combinations. Where would the fun in that be? Ninjask seems like a fitting Pokemon partner for Janet Van Dyne. Since the creature is known to move at such high speeds, it's often incapable of being seen by the human eye. Its cry is also known to give anyone in proximity a killer headache, which if you ask Iron Man, seems like the Pokemon manifestation of Janet. 8. War Machine and Blastoise War Machine is often seen as nothing more than Iron Man's sidekick, but with a little research, you'll find that he's a pretty capable hero in his own right. His iconic suit is mostly known for having a Gatling gun or cannon on either shoulder, which sits on the frame of a tank-like Iron Man suit. Blastoise seems like the perfect choice for James Rhodes as it also sports cannons. It can also perform a move where it makes itself heavier so it can withstand the recoil from the shots it fires. This seems like a move War Machine has been practicing for years. 7. Ant-Man and Durant 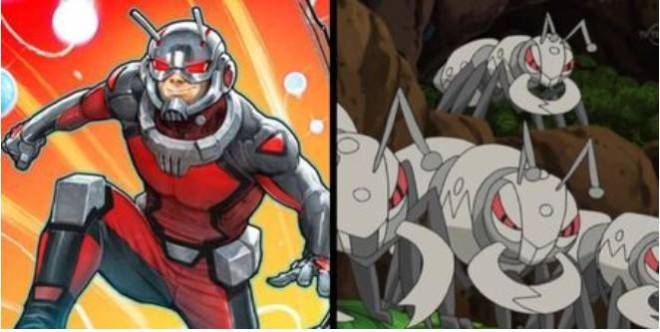 It seems hard not to pair the ant-based superhero with the ant inspired Pokemon. Ant-Man quickly escalated to a lovable hero thanks in large part to Paul Rudd. He was once a lesser-known Avenger and thanks to the Marvel Cinematic Universe he's become a fan favorite. Durant may seem intimidating at first, but with his ability to communicate with ants, Ant-Man should be able to usher them into a new age where they present themselves in a lot more approachable and friendly way. 6. Hawkeye and Decidueye 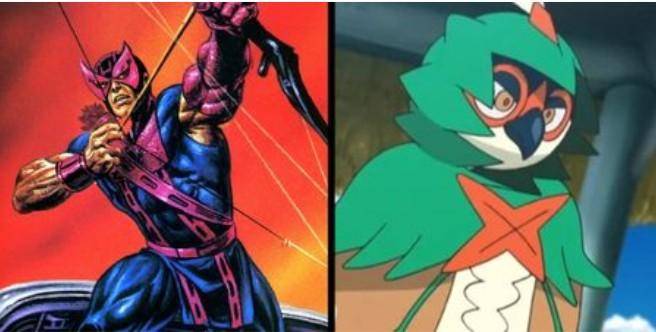 Hawkeye may be the Avenger that's most often neglected and forgotten about, but with a pokémon partner by his side, he'll always have someone who looks up to him. In recent years the Pokémon franchise has introduced one of the first true archer pokémon by way of Decidueye, the final evolution of the Pokémon Sun/Moon grass-type starter, Rowlet. According to the PokéDex, this owl with a bow can hit pebbles from over a hundred yards away with sniper-like precision. It's said to never miss a shot it fires when focused. Sounds familiar? 5. Black Widow and Greninja 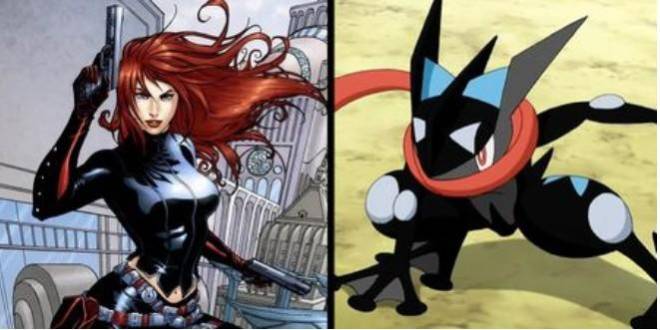 With the Black Widow film set to hit theaters soon, it seemed there was a clear path when trying to decide who Natasha would capture, train, and befriend as her pokémon partner. She needs someone who can be right by her side on missions and has the stealth capabilities she does. They can't be a liability, because if she's spotted it could lead to her downfall. Greninja is the perfect choice as it not only has ninja in its name, it happens to be a master of stealth and has been rumored to have the ability to teleport. 4. Thor and Zapdos

Thor isn't just a god among men, he also happens to be the God of Thunder. Narrowing down the typing of his partner is easy as it wouldn't feel right if they weren't Electric-type. The next step is deciding if it should be a Pokemon that occupies land, sea, or air and figuring out the specifics afterward. Thor often exudes metal music energy and the legendary bird Zapdos looks like a bird that would be on the cover of an '80s band's debut album. It appears from the clouds and manifests giant lightning bolts, which seems like it was based on Thor. 3. Hulk and Primeape 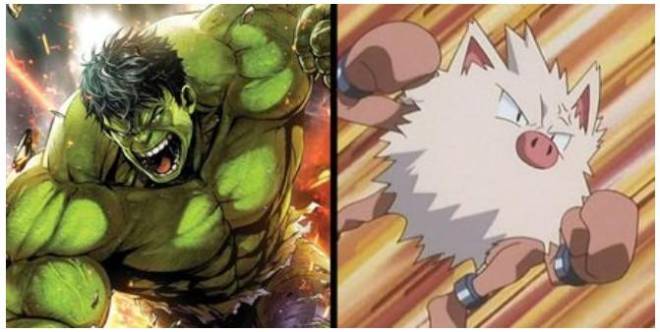 Hulk is an Avenger known to be fueled by rage and anger. The angrier he is the stronger he becomes and there doesn't seem to be a limit to the growth he can accomplish. In the world of Pokémon, the assumption of pairing him with a large destructive creature seems like the obvious go-to, but there's a much better pairing when considering who Hulk is at his core. Primeape is the Pokémon equivalent to Hulk as it is consistently furious and will only find peace when it is alone. They understand one another on a primal level that most others won't understand. 2. Captain America and Braviary

Captain America is very much the unquestioned leader of the Avengers and an all-around good guy. When thinking about which pokémon make the most sense as his partner, there was one clear and obvious choice. On top of being both the national animal of the United States and carrying many of the colors associated with the country, Braviary also happens to be like Steve Rogers when it comes to loyalty. In the PokéDex, it states that Braviary will fight for their friends without thinking twice about endangering themselves as their solely focused on protecting those who can't protect themselves. 1. Iron Man and Pikachu 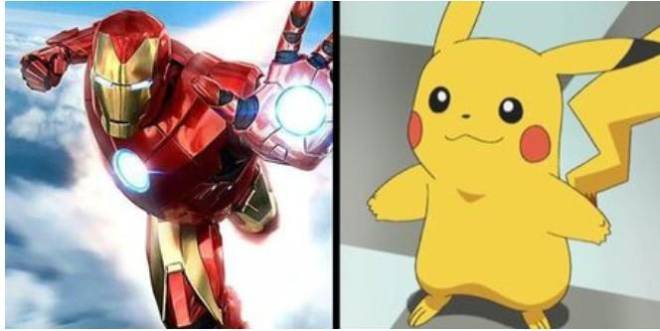 When looking at Iron Man it's tough not to choose an Electric-type Pokemon. It seems he'd like to have a source of electricity near him at all times just in case his systems fail or his energy in the suit is depleted. Knowing Tony Stark's personality would then have you assuming he's the type of guy who likes to be noticed, so partnering up with the most famous and arguably most adorable Pokemon, Pikachu seems like a fitting pair. Who knows, maybe when Stark becomes a little annoying or condescending Pikachu can spark some respect and empathy into him.