Pokémon GO's The Most Powerful Pokémon

In the main Pokémon series of games, players can play with almost any set of Pokémon and beat the game without issue. Some choose their lineup based on preference or element type, but in Pokémon GO, it's always about who has the most power. To do things like raids, gym battles, and PVP, having the mightiest Pokémon is critical.   A Pokémon's power is determined by their combat power (CP) and the following Pokémon are some of the most powerful in the main series games—and they are almost omnipotent in Pokémon GO. They are our favorites, and now, you'll learn who is the most powerful. This is Pokémon GO: the most powerful Pokémon, ranked.   10. Moltres 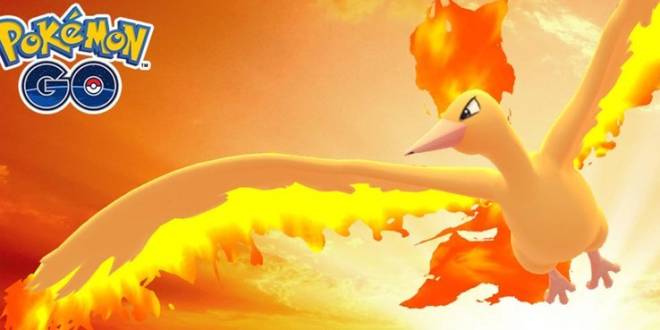 Pokémon's first fire-type legendary bird is one of the most powerful Pokémon in Pokémon GO. Added to the game early, spotting a Moltres in the game is a rare occurrence. It has a maximum CP of 3465, which is more than enough to conquer gyms.   The Pokémon Moltres uses a variety of Fire-type and Flying-type moves. It has a robust moveset consisting of Overheat, Sky Attack, and Fire Blast. Moltres is typically found in clear skies with sunny weather. It has a low capture rate of 3%, so you'll need every last berry and your best Poké Balls to catch one.     9. Entei 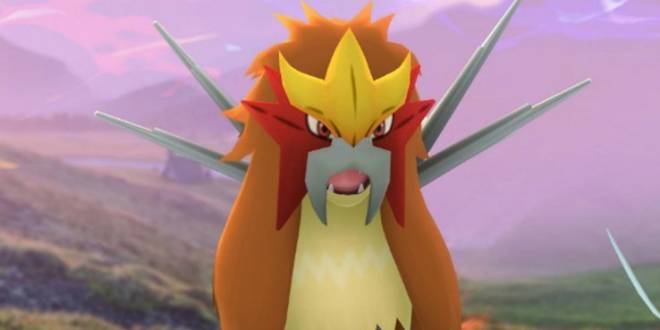 If it weren't already difficult enough to capture Entei in Pokémon Gold/Silver/Crystal, finding it in the real world is more complicated by more than tenfold.   Entei carries a maximum CP of 3,473 and both Entei and Moltres are closely matched in the world of Pokémon GO. Although Entei has a slightly higher CP, Moltres specializes in a variety of Fire-type and Flying-type attacks. This makes Moltres a more effective Pokémon.   Entei is vulnerable against Ground-type, Rock-type, and Water-type. Catching Entei as a raid boss is a grueling task that almost necessitates Golden Razz Berries.     8. Zapdos 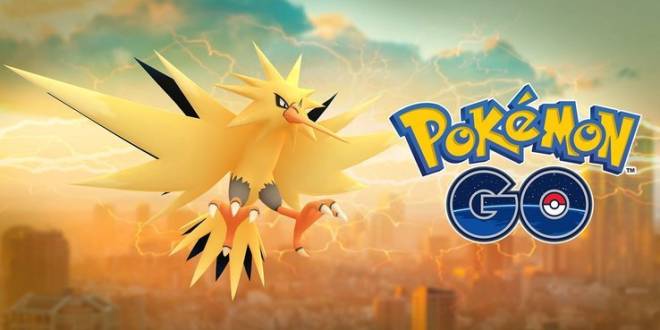 Given that Zapdos is super effective against its legendary bird siblings, and it has a higher CP, it's the most powerful Gen I legendary bird. With a maximum CP of 3527, it is a highly desirable Pokémon that will give most players trouble to catch.   Electrically charged moves like Thunderbolt, Thunder, and Zap Cannon are reasons to fear this Electric-type bird. Some would say that Raikou has an advantage due to having more powerful moves. Yet, with higher CP, Zapdos is still considered a more powerful Pokémon GO Pokémon.     7. Dragonite 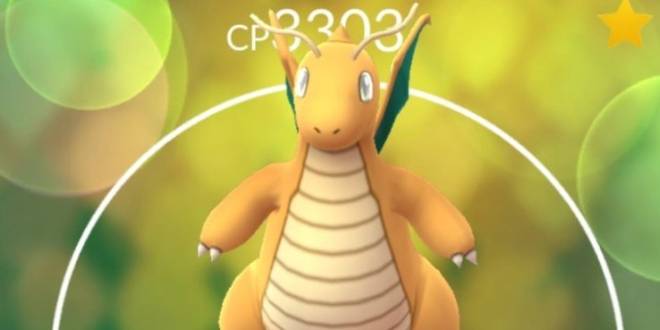 Since the beginning of the Pokémon anime, when Dragonite attacked a lighthouse, many were fascinated by this mythical Pokémon. In Pokémon GO, Dragonite was an early release, like many other Gen I Pokémon. It is usually found near golf courses, lakes, rivers, and oceans.   Also, a Dragonite can be obtained by evolving it from a Dragonair. However, finding a Dragonair is a rare occurrence. Dragon-type moves like Dragon Breath, Dragon Tail, and Outrage make Dragonite a monumental Pokémon.     6. Latios 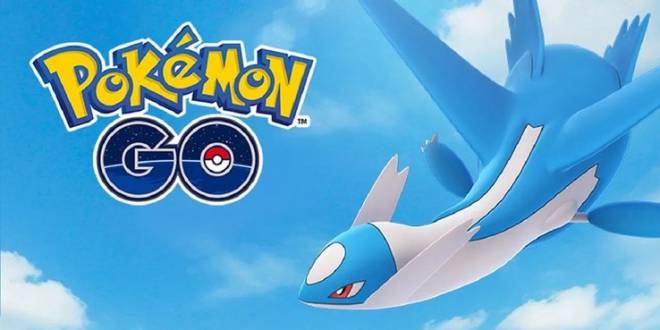 Pokémon GO doesn't contain every legendary Pokémon, but it does have a good mix of fan favorites. Latios is comparable to Dragonite since it is part Dragon-type. Oddly, Latios is not a Flying-type since its secondary type is Psychic.   Moves like Psychic, Solar Beam, Dragon Breath, and Dragon Claw give Latios a good blend of Pokémon elemental attacks. According to pokemongo.gamepress.gg, "Latios also resists Psychic, the most commonly distributed move type among top defenders in the game."     3. Tyranitar 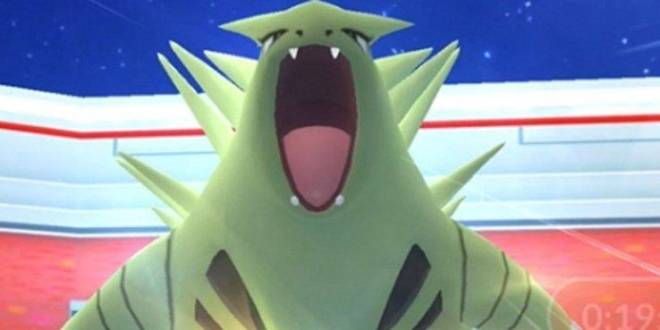 With strong defensive and attack skills, Tyranitar is one Pokémon not to underestimate. This dinosaur-like Pokémon has a remarkably high CP, and even more when its battled in a raid.   Powerful moves like Smack Down, Crunch, Bite, and Stone Edge are why Tyranitar is a desirable Pokémon. It is an effective Pokémon to have if you plan to battle the likes of Team Rocket. Defeating Poison-types will be a cinch with a mighty Tyranitar dominating your Pokémon lineup.     4. Rayquaza 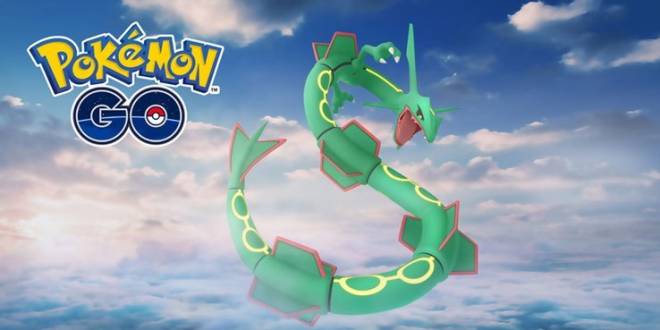 With a maximum CP of 3,835, Rayquaza is one of the most forceful Pokémon in Pokémon GO, just ahead of Tyranitar. According to pokemongo.gamepress.gg, "It also has the potential to become even stronger when/if Mega Evolution is released with Gen 6."   With the potential to Mega Evolve at a later date, it's no wonder Rayquaza is one of the most (if not the most) desirable Pokémon in the game.   In PVP, there are few better options than Rayquaza. Its CP is so high that it is unable to battle in the Great League but can enter the Ultra League and Master League.     3. Kyogre

The mascot of Pokémon Sapphire makes a return to Pokémon GO. Competing with Pokémon from different generations, Kyogre performs admirably. It has a CP of over 4000, which is amazing on its own, and Hydro Pump is Kyogre's most devastating move.   Although Gyrados was one of the most powerful types in Pokémon GO for some time, Kyogre eclipsed Gyarados with flying colors. If you spot a Kyogre on your Pokémon GO device, run as fast as you can and expect to incur difficulty catching it.     2. Groudon

Groudon as a raid boss is absurdly challenging to defeat. As a Pokémon in your party, it has a maximum CP of 4115.   Moves like Earthquake, Solar Beam, Dragon Tail, and Mud Shot make Groudon exceptional. It's unknown if The Pokémon Company will ever allow Primal Groudon to be added to Pokémon GO since Primal Groudon is far too powerful and would likely create balancing issues.   As mentioned by pokemongo.gamepress.gg, "The mover of continents was by far the most powerful Pokemon to have been released in the generation's short life span."     1. Mewtwo

One remarkable fact about Mewtwo is that it can learn a wide variety of techniques from different element-types. Its moveset includes moves like Ice Beam, Flamethrower, Confusion, Thunderbolt, Shadow Ball, Psychic, and more.   As of now, Mewtwo is the ultimate Pokémon in Pokémon GO and the most desirable thus far. However, the only way to catch a Mewtwo is during an EX Raid. Stock up on Premier Balls and hope that you can defeat it before capturing it. Mewtwo has a Combat Power of 4178, making it the most powerful Pokémon in Pokémon GO.       https://gamerant.com/pokemon-go-powerful-pokemon-ranked/ 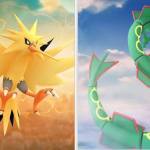 Pokémon GO: The Most Powerful Pokémon, Ranked Pokémon GO! gives players a chance to catch a huge range of Pokémon for their Pokédex but which are the most powerful? Here are our top ten, ranked. gamerant.com
SEARCH Pokemon POST