Welcome to Part 2 of my 1.3 Update breakdown! I hope you liked the first part of this, even though I admit that it's A LOT to read. (It's worth it though) In Part 2 we'll be taking a look at the new banner, some new features and 2 new items that'll be added to Genshin Impact in 1.3. So without further ado, enjoy! --------------------------------------------------------------------- Okay, so we have a bunch of new and fancy events with lots of rewards waiting for us in 1.3, but what about new characters? "New Banners" Like in all the previous updates, during the 1.3 period we will also be getting 2 new banners. The first Banner will feature the much anticipated 5-Star Anemo polearm user Xiao. Additionally, players can log in for 7 consecutive days during some not yet disclosed time to receive 10 FREE Intertwined Fate. The second Banner that will come out in 1.3 will unfortunately not feature Hu Tao, who is another much anticipated 5-Star Fire polearm user. Instead this banner will be graced by the 5-Star Electro sword user Keqing. Why Mihoyo decided to go with Keqing instead of Hu Tao was not revealed but I believe it's important to point out that, while all the previous banners were available for 3 weeks after release, the banners in 1.3 will only be available for 2 weeks instead. There was no explanation as to why that is, just take note that if you really want to have Xiao or Keqing, you won't have as much time as before. (There are some rumors floating around the internet speculating why Hu Tao was delayed and I have some thoughts of my own on this, but I try to keep this post factual to avoid false rumors spreading) 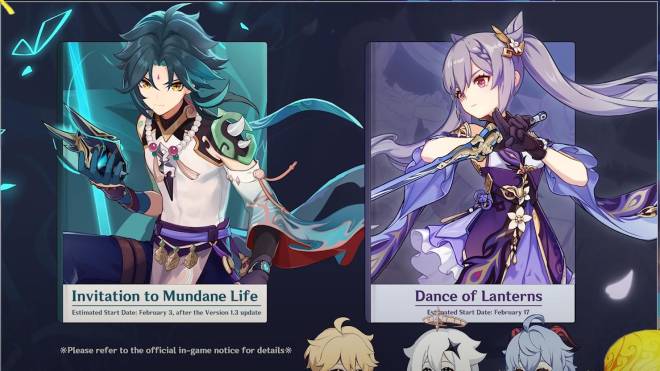 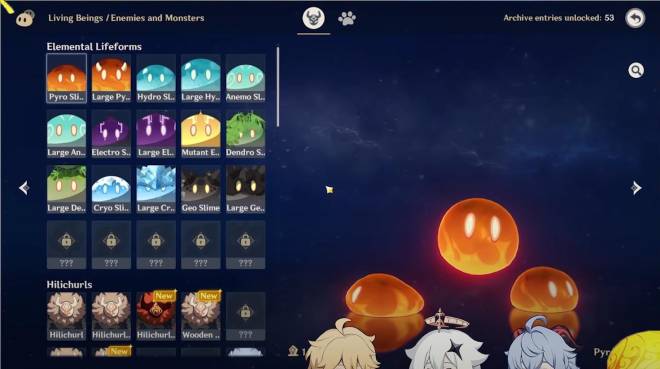 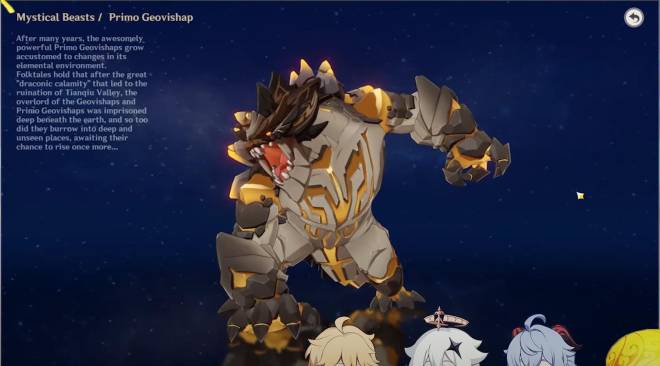 You'll be able to look at their infos and a 3D model of that creature. The second new feature will be changes to the player profile. After the 1.3 update, each player will have their current number of achievemts as well as their Abyss progress displayed on their profile for other players to see. But wait, there's more! You'll also be able to showcase up to 8 characters in your profile! And by disabling "Hide character details" other players will be able to view your characters stats, weapons, artifacts...etc. Making it easier to share your builds. 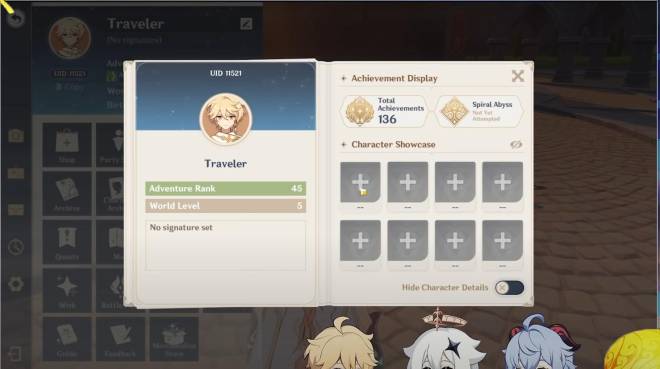 So, remember in Part 1 when I said there'll be cool new items? Yep, it's time for those now. Actually there is one new item and one new gadget, that I want to highlight in particular. The new item is called: "Dust of Azoth" 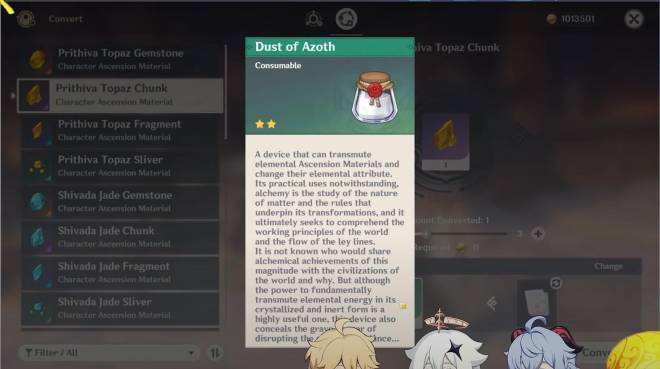 This new item is availabel in the Lantern Rite event shop, and I have a sneaking suspicion that we'll only be able to obtain it during events, much like the crowns that you need to level up talents to level 10. But what exactly does it do? Well it lets you exchange character ascension materials of one element, to those of another! (The end of Oceanid farming hell is nigh) You can exchange character ascension material when using an alchemy table for a ratio of 1 stone from element "x" + 1 Dust of Azoth for 1 stone from your desired element. The ratio for exchanges will be like this: Sliver (green rarity) --> 1 Dust of Azoth Fragment (blue rarity) --> 3 Dust of Azoth Chunk (purple rarity) --> 9 Dust of Azoth Gemstone (yellow rarity) --> 27 Dust of Azoth Depending on how much Dust we'll be able to farm, it could help players to massively boost their character ascension speed, especially f2p players, who have to manage their Resin very carefully. Onto the next item in question, the new Gadget! The new Gadget will be called: "Parametric Transformer" 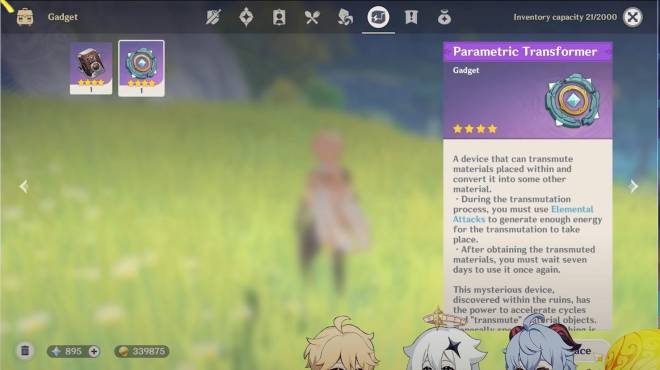 To get this gadget you have to talk to Lan in Liyue Harbor next to the Adventurers Guild. As long as you're at least Adventure Rank 31 you'll be able to receive the quest "Tianqiu Treasure Trail". Upon completion, you'll gain access to this gadget. Now, what does it do? Well you can use it to transmute materials. And into what? Well...we don't yet...this part was kept secret in the live stream. But I'm hyped either way! What's worth pointing out is the item description. It says that "while transmuting you must use elemental attacks on the gadget to generate energy" and that, after transmuting some items "you must wait 7 days to use it again". This discription is really, really interesting and this gadget is something that I personally am really looking forward to. --------------------------------------------------------------------- Thank you very much for reading Part 2 of my 1.3 update breakdown, I hope I was able to provide you with loads of useful information and hype you up for whats to come in 1.3. The comments are open for discussion, what do you think about Xiao? What are your speculations on Hu Taos delay? Just be nice and civil ^^ All credit goes to Mihoyos live stream, which you can rewatch on youtube here: https://www.youtube.com/watch?v=nOTm7ur4eZo&ab_channel=GenshinImpact You can find the Official 1.3 "All that Glitters" trailer here: https://www.youtube.com/watch?v=1TRFPx09j_8&t=3s Happy adventuring fellow Travellers, I hope to see you again soon!