Dragonspine has been confirmed to be added in the 1.2 Update, and judging by the revealed information it will be available from the update release December 23. On the revealed images you can see new Materials, Treasure Chests and Seelies.   Inhabiting this new area is a group of new Cryo versions of well know enemies, as well as a new Ruin type of monster. 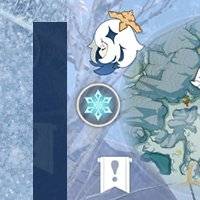 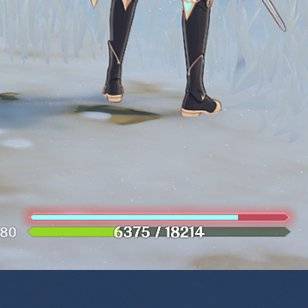 It was also revealed that Dragonspine will introduce a new temperature feature, shown by a gauge above the HP bar. If the gauge falls to zero and your stick around for too long, your HP will start decreasing. It seems like items that will keep you warm will be added as well, so there will surely be ways to fight the cold. You can imagine Hebra Mountain of BOTW.