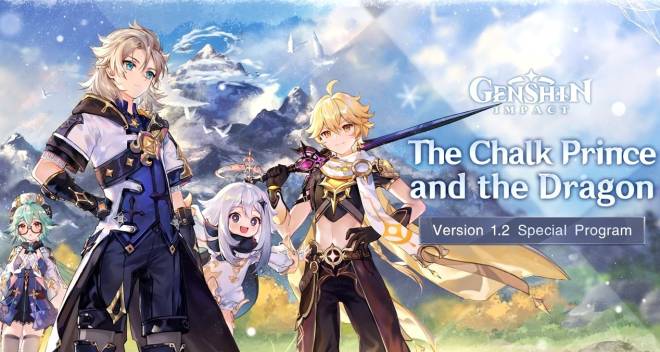 The new 1.2 content update for Genshin Impact has been officially revealed. Titled "The Chalk Prince and the Dragon," the upcoming story content introduces the new Dragonspine region, new Artifacts and weapons, and new playable characters. Here's everything we know about the confirmed new playable characters in Genshin Impact 1.2 so far.   In the weeks leading up to the 1.2 reveal, eight characters in Genshin Impact were allegedly datamined and leaked from the game. For now, those leaks still remain rumors, since none of them were confirmed during the Genshin Impact 1.2 stream. That doesn't mean all the leaks are still unconfirmed, however, since two previously leaked characters were officially shown off during the livestream.   The two characters shown off yesterday were Ganyu and Albedo. Both had been rumored before the stream, with Ganyu allegedly leaking from the original beta. Still, fans are probably excited to finally see the characters officially announced. During the stream, viewers were treated to Albedo's and Ganyu's attacks and a bit of their backstories as well. It's all the more reason to be excited about Genshin Impact's 1.2 update arriving soon. 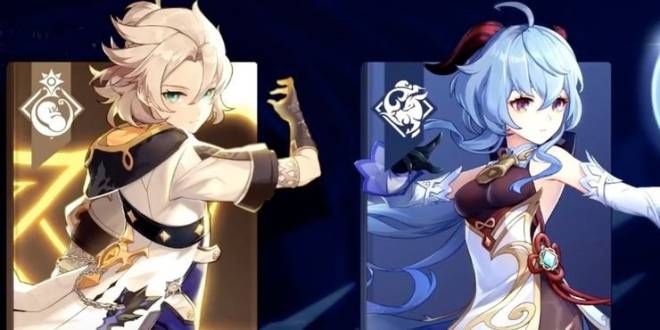 Ganyu is a Cyro user and uses bows for ranged DPS attacks. In the stream, viewers got to see her taking on a variety of enemies. Overall, she seems more like a minor character, whereas Albedo is the big banner character for Genshin Impact 1.2. This is similar to how Tartaglia was the banner character overshadowing Diona, and Zhongli released alongside Xinyan. Essentially, this just shows that miHoYo is continuing its trend of releasing new characters in pairs, with one being the main banner character and the other being a sort of consolation prize for players.   Albedo will be a major story character in the Genshin Impact 1.2 update. As the head alchemist for the Knights of Favonius and Sucrose's boss, Albedo is already set up to play an important role. His own character quest even serves as a lead-up to the Dragonspine region and main 1.2 content. Albedo's story concerns the cursed sword, Festering Desire, and the fallen venomous dragon, Durin - all of which make up the bulk of Genshin Impact 1.2's story.   These confirmed new playable characters are exciting additions to Genshin Impact. It will be especially interesting to see how Albedo's story plays out over the course of "The Chalk Prince and the Dragon," which will be made up of four parts released over time as part of Genshin Impact's 1.2 update.   Also, there are 3 Redeem codes for some gift. Put this code on the official website to claim.   5KVeIbSxDUU - Primogems ×100 & Mystic Enhancement Ore ×10 G3tQq6TOqmE - Primogems ×100 & Hero's Wit ×5 eATDgIXLD56 - Primogems ×100 & Mora ×50,000