There are various materials, ingredients, local specialities in Genshin. They are key materials for character ascend, cooking, etc.   However, they are hard to find on the field and only appears in certain places.   You need to gather everything as many as possible.   Here are some material locations in Mondstadt (ingredients, local specialities) and optimized route for farming fast. 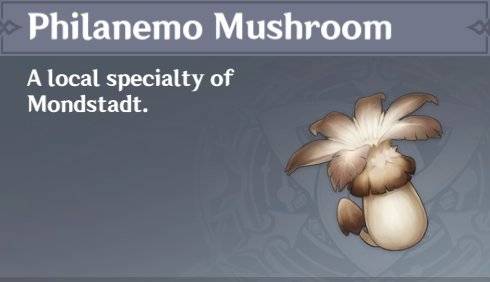 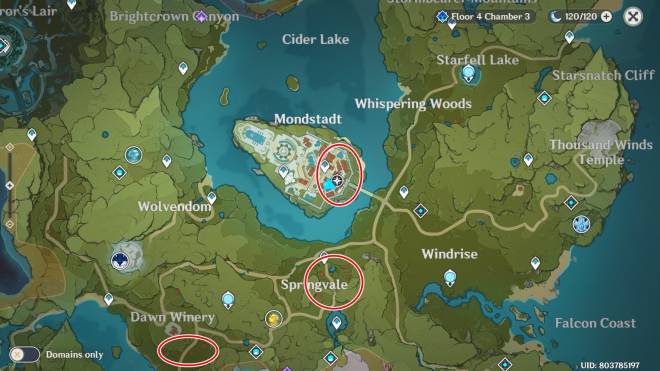 Philanemo Mushroom only appear on the rooftop or walls of the buildings. Only a few Philanemo are found in a building.   Mostly, they are found in Springvale, Dawn Winery (Not on the Diluc's mansion but small houses behind), Town area of Mondstadt castle.   This mushroom is required for ascend Venti, Mona, Klee (Klee is not released in Global server yet).   All 3 characters who need Philanemo Mushroom are really important characters and it requires more and more so farm them as many as possible. 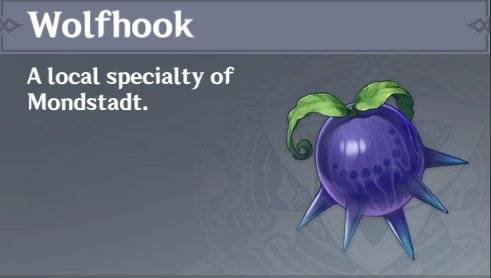 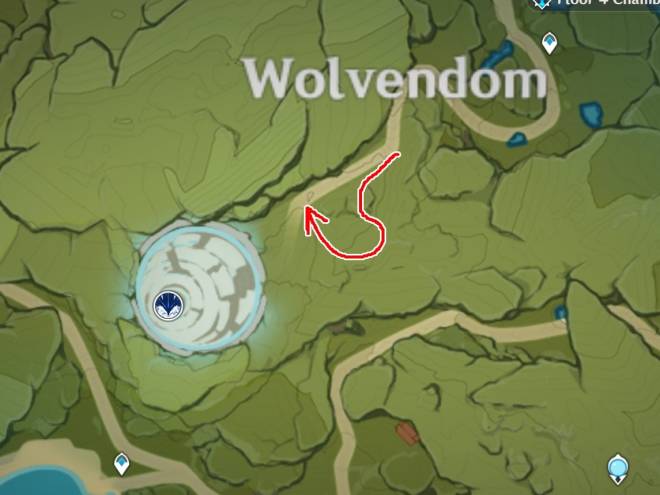 Wolfhook can be found near Wolvendom.   Unlike Philanemos, they are just everywhere on the ground so it's much easier to gather them.   Wolfhook is required for ascend Razor & Sucrose 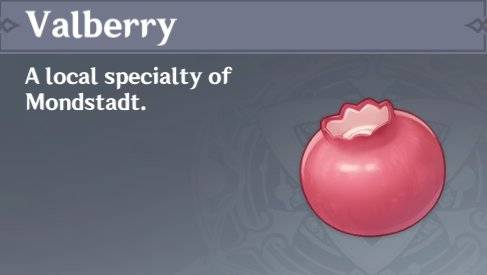 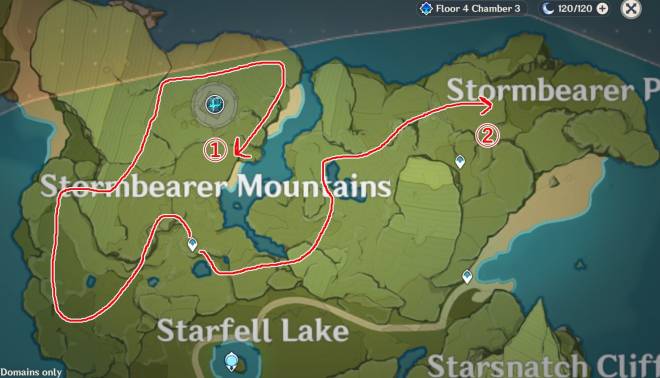 Valberry can be found in a wide area near Stormbearer Mountains.   It's also on the ground everywhere so it's easy to find.   Valberry is required for ascend Lisa & Noelle. These 2 characters are not so important in this game if you have any 5-star characters or Fischl, etc, so Valberry has low priority to farm. 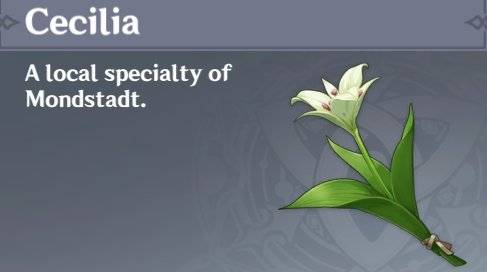 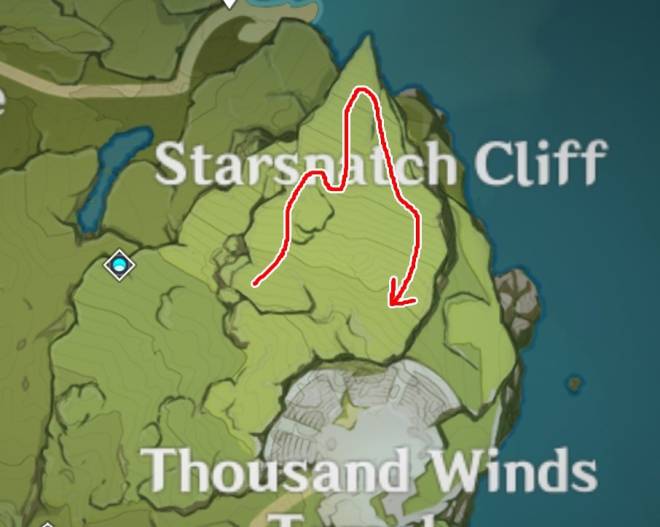 Cecilia can be found in Starsnatch Cliff.   The area is a little narrow. Cecilia is everywhere around, but its quantity is pretty low. Cecilia would bother you a lot when you're about to ascend your character.   Cecilia is required for ascending Venti only, yet. However, Venti is the most important character in this game and other characters might be added who needs Cecilia in the future so farm them with high priority. 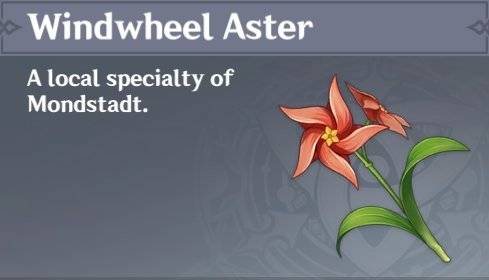 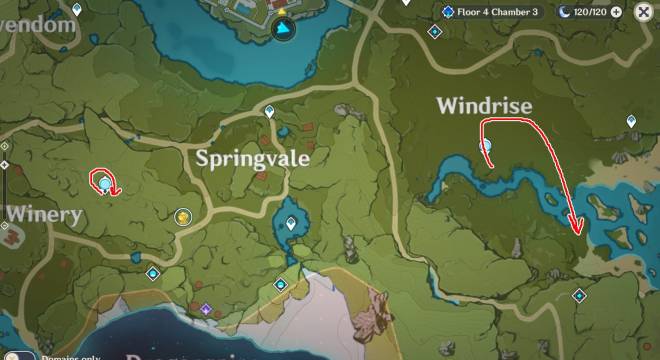 There are 2 good spots to farm Windwheel Aster.   They are easy to find, especially near Down Winery Statue of Seven. It will take a minute to farm there and teleport to Windrise Statue and farm the second spot.   Windwheel Aster is required for ascend Benette, Sucrose, Traveler. 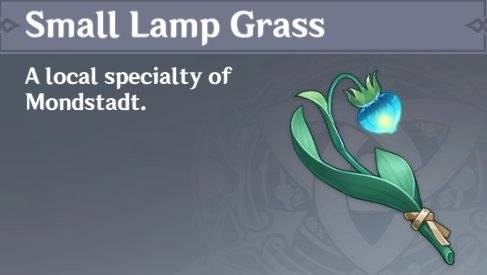 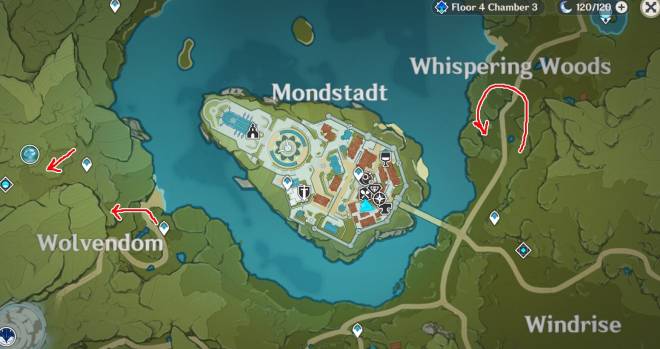 To me, Small Lamp Grass is the most annoying material to farm.   Small Lamp Grass glows at night, so they are easier to find.   There are 3 spots to farm this, but it's so narrow and only a few Small Lamp Grass are found.   I strongly recommend you to put this material for the highest priority with Philanemo Mushroom.   Small Lamp Grass is required for ascend Amber, Diluc, Fischl. And also for cook "Once Upon a Time in Mondstadt", Pile 'Em Up.   Especially Diluc & Fischl are one of the strongest DPS right now so farm them asap, as many as possible. Calla Lily can be found around Springvale pond.   Not only from here but everywhere near lakesides.   But Springvale is the place to gather them most easily.   Calla Lily is required for ascend Kaeya. And also for cook Calla Lily Seafood Soup.   Both Kaeya & Food are not so important in this game so you can put this material on low priority.