Secret Riddle! Sundial in the island

There are so many secrets and riddles in Genshin.   And probably one of the biggest riddle in this game is, far east island's sundial. To find Anemoculus, you would reach an island far east from the right-top of the map.   To reach there, you need to use Cryo character and freeze the ocean to cross. It will take long to reach there. Once you reach the island, there is a sundial in the center.   You need to find a secret note to figure its secret out.   Head to the right side of the beach with Elemental Sight. You'll find a Geo object here.   Use Geo characters' elemental skill to destroy it. You'll find a note. 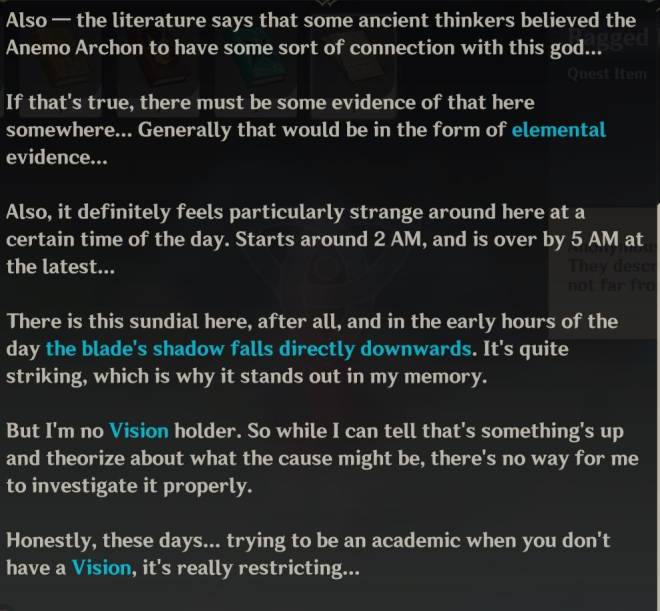 Check your inventory and read the note.   The note says the secret starts around 2 AM to 5 AM. 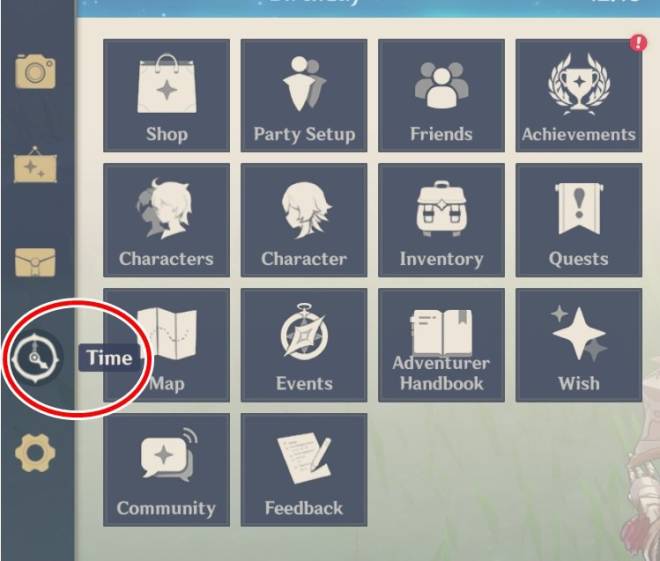 Go to the Time option and switch the time to 2 AM. 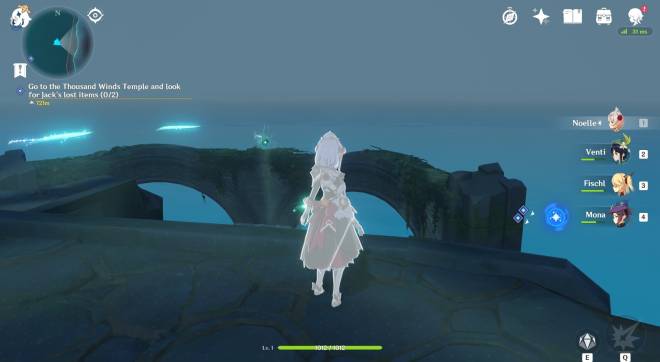 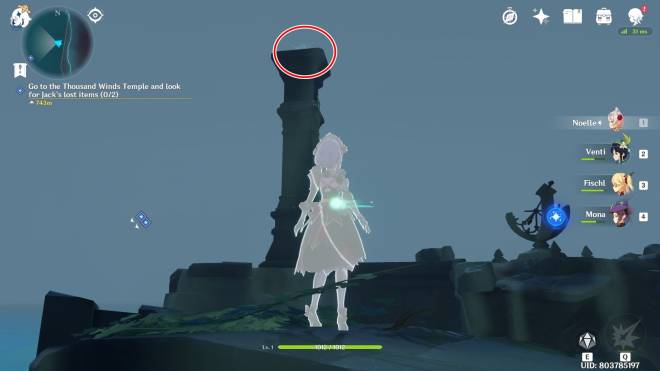 The second secret is on the top of the right pillar from the sundial. 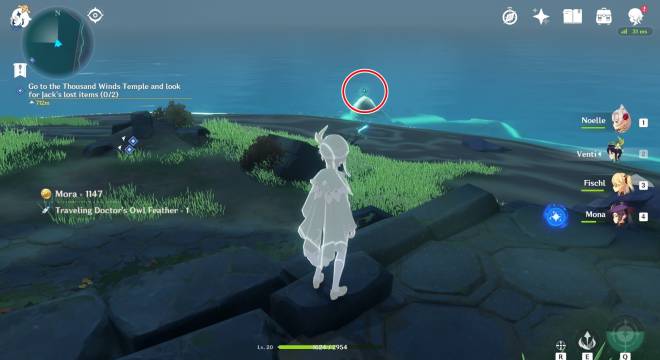 The third is near the ocean. 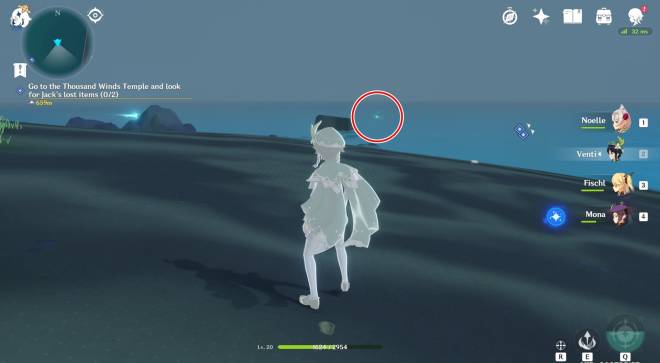 The fourth is on the opposite way from the third one.   You need to freeze the ocean with Cryo character to reach there. 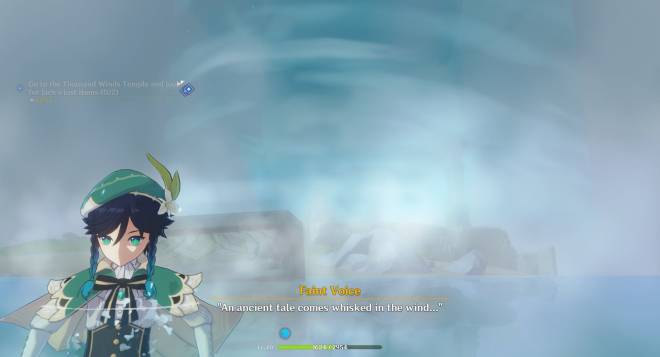 If you collect all 4 hidden objects, something happens to the sundial. 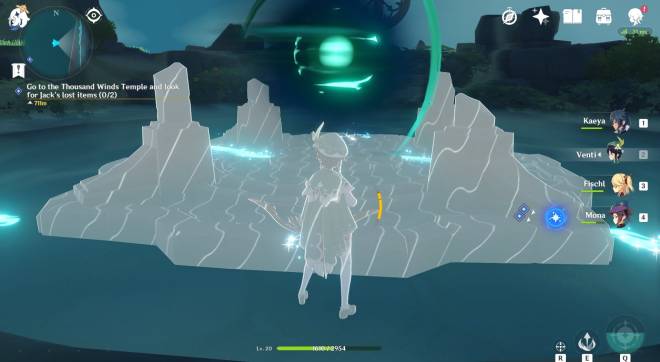 Go to the center and use Anemo skill. Then Lv.35 boss, Eye of the Storm will appear.   The boss is very strong and the terrain is so terrible to fight.   You need to check all around when you fight against the boss. 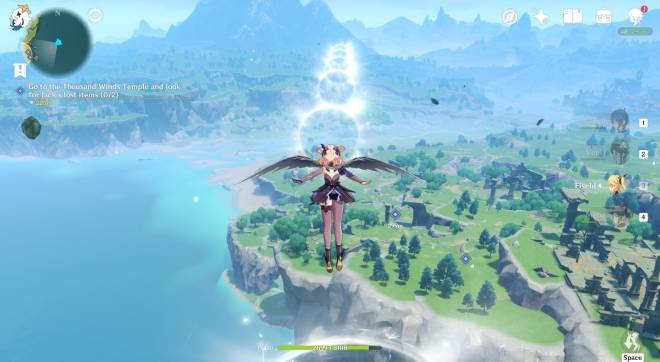 If you defeat the boss, the boss flees.   A huge wind field will appear in the center of the map so use that airstream to fly above.   You'll find many wind circles to go back to the land.   You'll reach Thousand Winds Temple. You'll find an NPC.   Talk to him and go to the tent behind him.   You'll find another note. No need to read, but just set the time as 2 AM to 5 AM again. 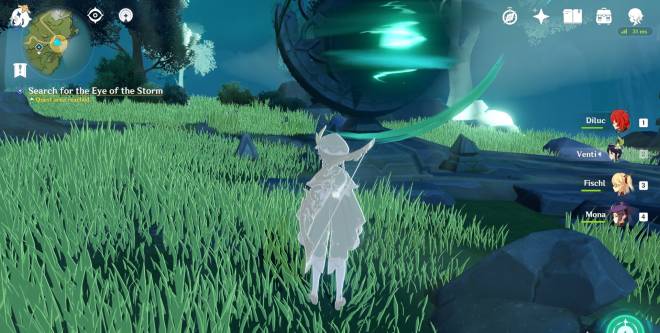 You'll find 3 objects again with Elemental Sight during 2 AM ~ 5 AM. They are all located in front of NPC.   Destroy them with Anemo skills and then huge wind sphere will appear.   Use Anemo skill once again and the boss will reappear. The boss gets even more strong.   Kill the boss and talk to the NPC. 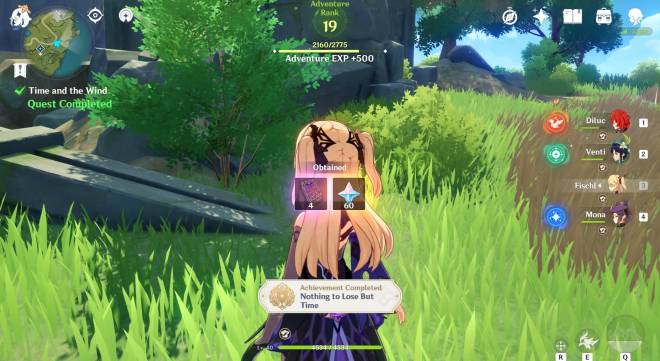 And you'll get?   NOTHING!   There's no hidden rewards, or anything. Nothing happens even you return to the island.   As the achievement says, nothing to lose but time.   Only 60 Primogem & 4 Epic EXP materials.   That's all. I expected some strong weapons or what but they gave me shit. F   It reminds me, 'Not all efforts are rewarded'. It's so god damn true.   If you're not looking for get all achievement, I strongly recommend you to not to do this.