Strong Girl Bong-soon (Korean: 도봉순 ) is a 2017 South Korean television series starring Park Bo-young in the lead role as a woman with superhuman powers, alongside Park Hyung-sik and Ji Soo. It aired on JTBC from February 24 to April 15 2017. Strong Woman Do Bong Soon is a romantic comedy drama with a touch of fantasy, played by Park Bo Young. Drama Strong Woman Do Bong Soon tells the story of a woman by the name of Do Bong Soon who was born with super powers. This hereditary power is passed on only to the female descendants in her family. That is, only grandmother, mother, and Do Bong Soon have that power. The strength that Bong Soon has, which is very strong power. Release Date: February 24 - April 15, 2017 (South Korea) •Number of Episodes: 16 Original Channel: JTBC Genres: Crime, Fantasy, Thrills, Action, Comedy, Romance. •Actor: –Park Bo-young as Do Bong Soon –Park Hyung-sik as Ahn Min-hyuk –Kim Ji-soo as In Gook-du 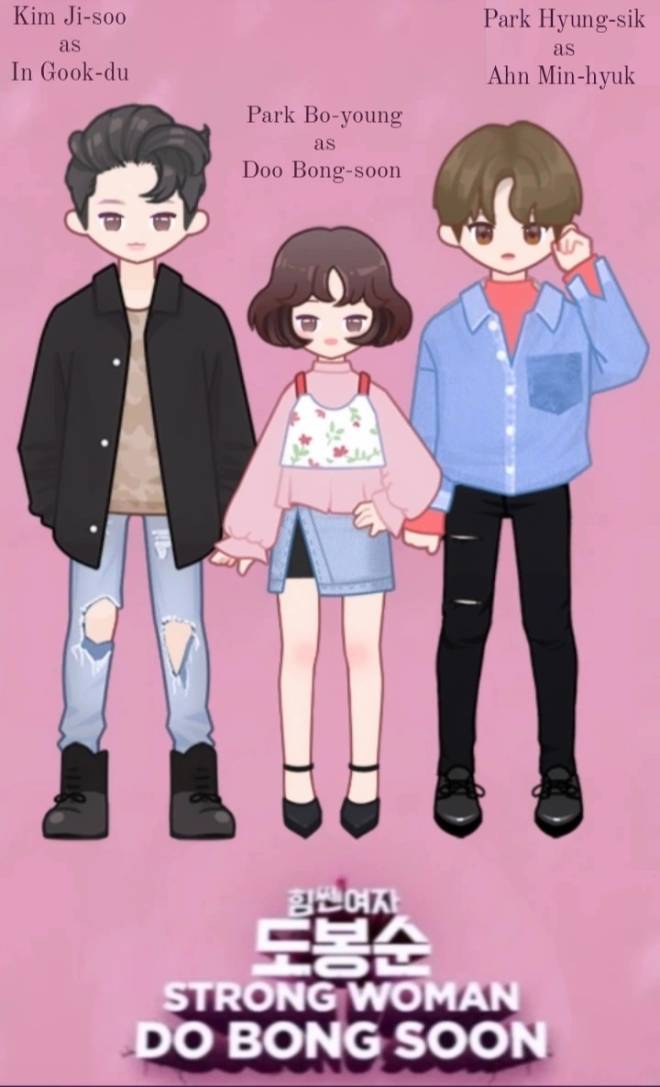