The Canister Myth of Among Us

Among Us, despite being a game that’s been out for years now, still holds mysteries and secrets that players are discovering or studying even today. There have been a number of bugs or glitches that are being discovered and patched on a daily basis, but one comes across more like a legend than a proper glitch. Some people have begun to claim that you can use in-game canisters to predict who are the Imposters in a given game. Is this a ludicrous assumption on the part of the player base, or is there some truth to this tall tale? Let’s take a closer look and see what we can sus out. 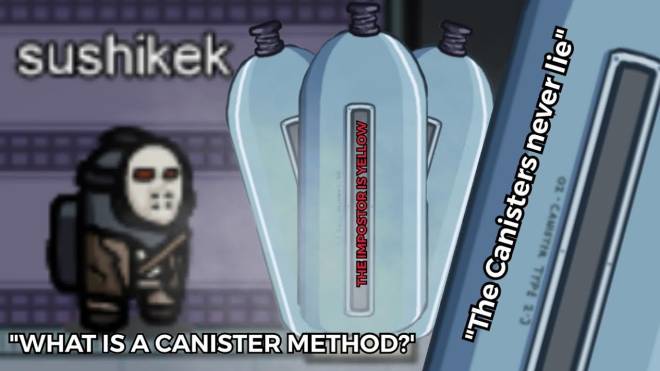 So the saying goes, during games on the Polus map, there are a few canisters tucked away in one of the corners of the area. Some players have claimed that, by looking closely and zooming in on the writing on the canisters, you can read the colors of the Imposters of a given game etched into the canisters. It’s a small detail and hard to miss, but if this is true, this could be a very easily used tool for those looking to get a leg up on their competition. 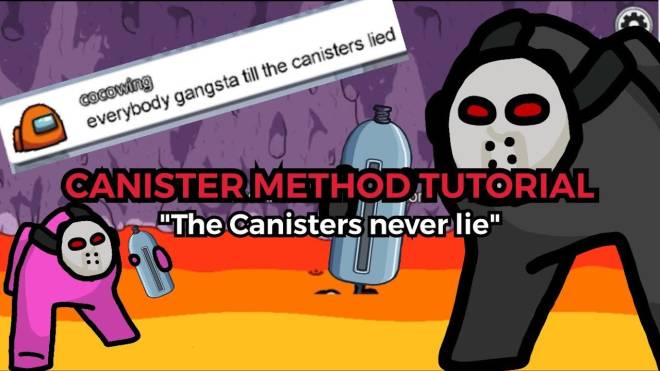 The problem? This myth is very clearly false. No matter how many times you play on the Polus map, the canisters will always say the same thing. What’s more, the text is so small and difficult to read that you’ll likely never get a proper answer before you get killed anyway. This rumor is clearly ludicrous, a joke that someone has decided to play on those gullible enough to believe it.   Some of the community has, of course, already caught onto this goof and has decided to create a meme out of it, with the phrase “canisters never lie” circulating the internet fairly frequently now. It’s silly and cute and continues to play up the absurdity of a fanbase that looks to constantly be propping up this little game. 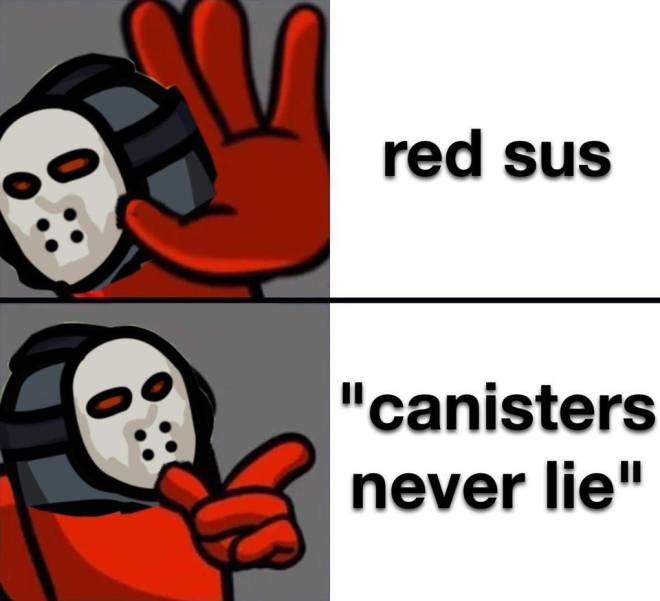 What did you think of the canister trick? Did you believe that this could have been a reality, or were you never convinced that the designers would include such a detail? Let me know your thoughts down below!