Hey there, Avengers Initiates!   Mr. Stark put me on duty for getting all you rookies up to snuff on the latest Stark tech and Iron weaponry available to you. This week, we’ll be starting on the basics, like movement and your main weapons of the many Iron Man suits you’ve got available, and later, we’ll move into custom end-game builds. For now, we’ll focus on not flying into walls or getting shot out of the sky by enemy lasers. (Still probably going to happen, but hey.) 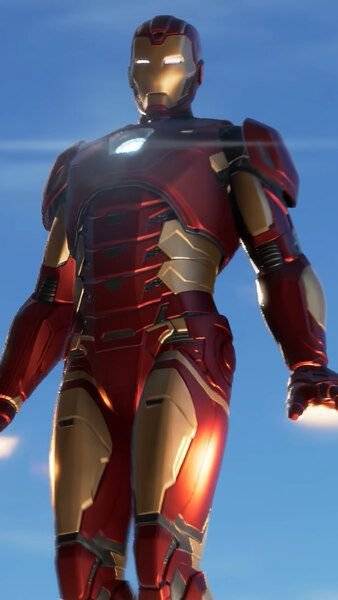 First, we’re going to start off with the basics; movement. The latest Iron Man technology allows for sustained flight, as well as empowered leaps and dashes using the repulsors located in your suit’s hands and feet. Unlike a few of your fellow Avengers, this allows you to more easily access treasures and valuable items across the open world, as well as reach advantageous locations in the heat of battle. Considering the firepower our enemies tend to bring to the party, we recommend not always standing directly in the thick of things. The suit is powerful, but we are all still a victim to physics. Take a hard enough hit and the suit will be stunned while systems reboot, so movement is key.   Besides dodging rockets and energy blasts, the Iron Man suit’s movement is also valuable for one other key combat technique. The art of fisticuffs. While I did say not to take too many hits, you ARE still plated with a gold-titanium alloy, meaning you can use Stark’s mechanical enhancements to hit harder than you’d have ever thought possible while you sat at home and ate Cheetos. Who needs a work-out routine, am I right? The suit isn’t Black Widow-levels of fast or agile, but every blow will be felt by your target and is a fantastic fall-back if your ARC reactor is low or you lack the time to get a specific target lock on someone. Take note that you’re also able to melee a target mid-air, so take advantage of that movement I mentioned earlier. 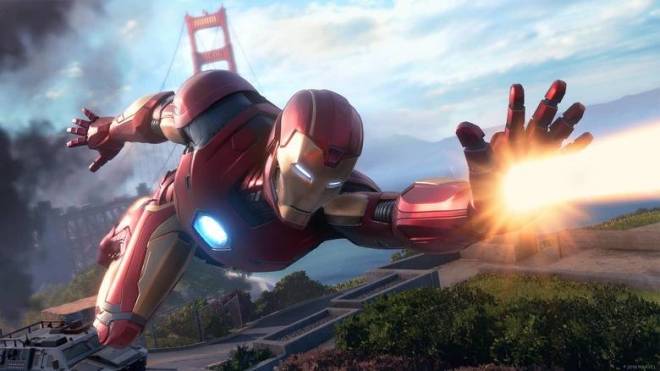 You wrote that down in your notes? Good, I knew Stark invited you guys here for a reason.   On the topic of taking out the enemies of all things peaceful, we’re now going to move on to the Iorn Man suit’s basic arsenal. Also used for movement, the repulsor rays located in the palms of the gauntlets are your primary source for ranged damage. While they will not track your target or lock on, they are pretty simple to aim at a stationary target and fast to combo shots together. These weapons don’t drain the suits power usage in any considerable way, so feel free to keep your foe’s at bay with this tool and show them the pinnacle of Stark technology.   Also located in your gauntlets is your micro-rockets, which do feature an AI-driven lock-on feature to help you dispatch either multiple targets in one glorious display of explosive superiority, or to unleash all upon a singular foe for significant damage. These do require the suit to cooldown between launches, so be aware of your timing and be sure to not get caught without them. 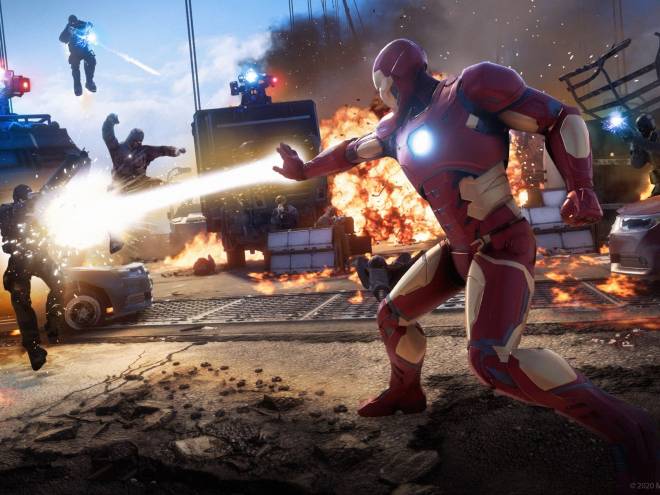 The last basic weapon built into this generation of Iron Man armor is also its most powerful. Requiring time to build up the incredible amount of energy used, the Omni-beam is located directly over the ARC reactor itself and is projected from the breastplate of the suit itself. This does lock the suit’s movement, as you are essentially channeling the full power that your reactor has to offer. While I do advise against using this while in the middle of a throng of foes, whatever you direct this powerful beam at will be unable to directly attack you, unless the sheer mass of the foe is unstoppable to begin with.   Do please look at the Hulk, for such an example.   For now, we’ll leave the basics there, and next session, we will expand more into how you can customize the suit’s inner workings to fit your personal style of crime-fighting. For now, get training, initiates! We’ve got people to save and Stark’s legacy to uphold.