Getting started as Black Widow 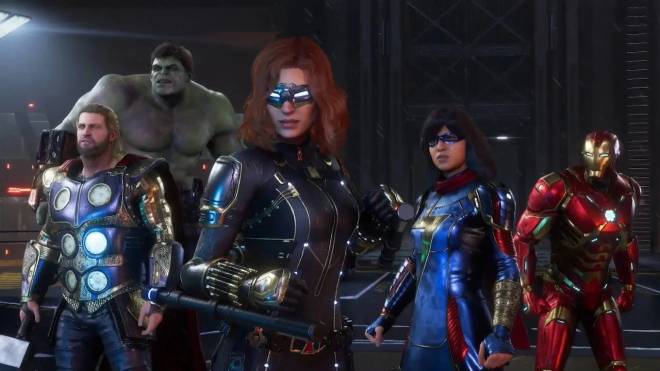 I’ll admit that in my time as a Marvel fan, I never really cared for Black Widow. A secret agent type with no real powers just kinda always seemed meh to me even when she was kicking ass throughout the majority of the Avengers Movies (Endgame excluded). When it comes to Marvel’s Avengers though, she is without a doubt the most fun to play as while also being the most challenging. She’s got a ton of nuance to her gameplay that isn’t readily apparent the first time you play as her in the tutorial level, so here’s a glimpse into how to make this firecracker of a character work for you.   Don’t run 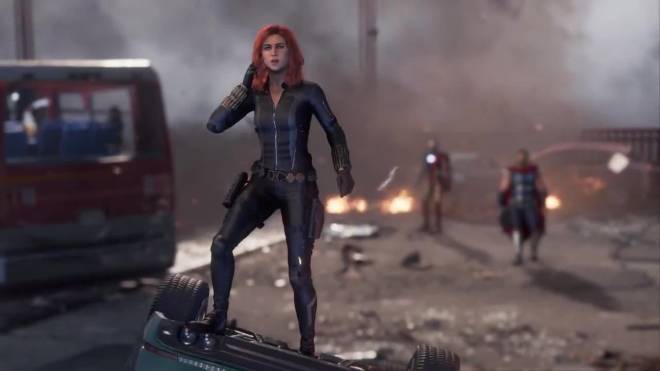 Playing as Black Widow, you’ll notice a few things. You’re incredibly fast and you’re incredibly vulnerable. This might tell you to engage in combat with a run in, run out style of approach, but that ain’t it. If you run away, you’re likely going to get shot in the back by something and with Black Widow, especially on harder modes, that means a quick death will follow. Instead of running, you need to treat Black Widow like she’s Spiderman and get ready to dodge and counter whatever comes your way. She has an exceptionally effective counter move that is tough to pull off, but if done correctly, you can destroy an enemy in seconds with it. One strategy I found to be wildly effective was to get up close and spam the grappling hook after a combo so the worst thing that can happen is you zip two inches into your opponents face and the best thing is they try to deliver a combo response and you activate the counter and destroy them in seconds. Utilizing the vault technique is also crucial here as it will let you get behind opponents without a shield and deliver some devastating attacks from their unguarded side.   Save those supers 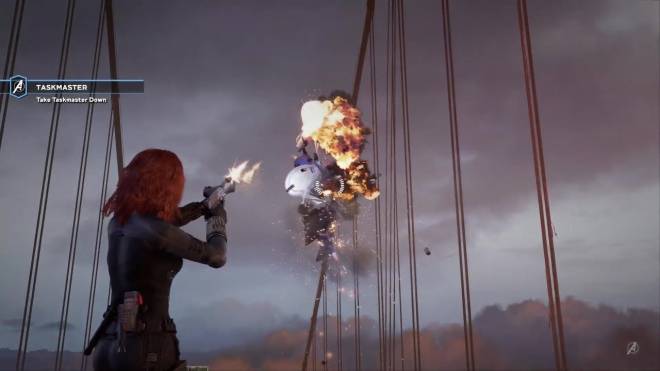 Black Widow’s special attacks might seem mundane to start, but they’re actually some of the better ones in the game when used at the right time. Widow’s Bite is the one to focus on here. When it hits an enemy, it completely stuns them and opens them up for attack. At this moment, you’re going to want to zip on over to them and use your strongest attacks without any worry of countering. This is most effective when held onto for the stronger enemies and mini-bosses though. While you may want to get flashy against the armies of mindless robots you’ll be fighting through, not having Widows Bite when it matters most may be the difference between you living or dying against a tough new boss enemy. The same goes for Power Surge. As cool as the attack may be, it’s simply wasted on anything below a mini-boss and can be incredibly crucial to have in the back pocket when playing on hard mode against some of the games tougher foes.   Focus on your Gear 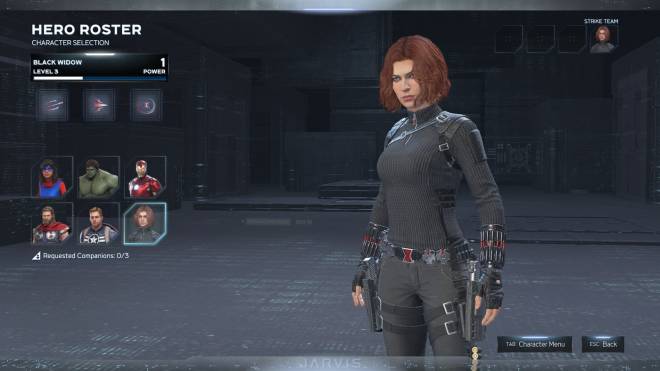 So far, the gear and looting aspect of Avengers has been pretty average to me and kind of feels like you’re just going through the motions rather than discovering really cool and special new items to use. That still is the case with Black Widow, however she seem to get the most use out of them of any character by far. While you may be ignoring the option to boost items equipped to Hulk or Ms. Marvel, Black Widow simply NEEDS these boosts to survive. Before every mission, make sure you check her gear and power level and if you have the resources and plan on sticking with her for a while, boost the gear the prioritizes defense and potential status effects. While she has a large fighting arsenal at her disposal, it doesn’t hurt to make sure she can withstand a few more blows than usual.   Avengers has been a pleasant surprise to me so far after a less than inspiring Beta. The story has been strong and the gameplay is pretty much exactly what you’d expect an Avengers game to be with enough graphical and technical flair to put a smile on any Marvel fan’s face.   What do you think of the game so far? Is the campaign doing it for you? Or have you delved more into the multiplayer side of things? Let’s talk about it below!