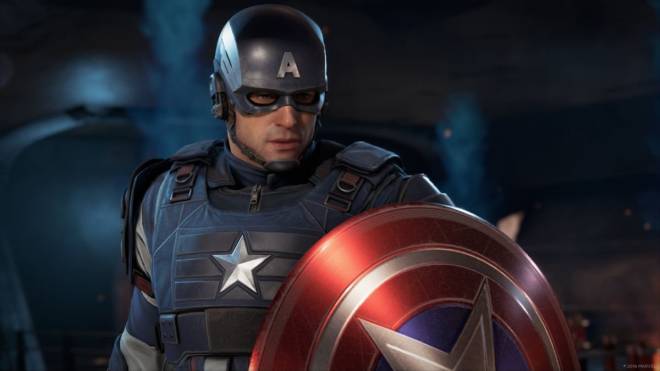 Hey guys.   Which hero are you playing right now?   Me, I choose Captain America & Ironman. However, Ironman is quite difficult so I'm focusing on Captain now.   Captain's ultimate skill, Brooklyn Brawler is the strongest ultimate (in my opinion). You can increase this ult's duration indefinitely with some talents.   Let's see.

Mandatory Skills -   Ultimate Heroic -   CQC Specialist - While Brooklyn brawler is active, you can perform takedowns on Critically Wounded enemies.   This skill is absolutely insane, and will allow you to perform takedowns on any enemy at low health (<40% I think, but might me more like <30%, hard to tell) regardless of stun bar. You will be performing takedowns nonstop, sometimes up to 3 times back to back on the same enemy. Also important to note, that you will be the only one on the team who can do takedowns this way, so you won't be fighting with your teammates over takedowns, which is important for the rest of the build.   Adrenaline Rush- Takedowns extend Brooklyn Brawler by 3 seconds.   An important note here, is that during the takedown, the timer is paused, so it doesn't simply replace the time spend on the takedown but rather adds to it. If you can continuously do takedowns on enemies with low health, you can keep adding to the duration. I've gotten it as high as a minute during tough fights.   Mastery   Takedown Specialization - Heroic Takedown Mastery - Takedowns spawn a heroic orb.   Very Straightforward, every hero has this. Get a heroic orb every takedown, which, combined with our ability to spam takedowns will drastically reduce all our cooldowns.   With these three skills alone, you will be able to extend your Ultimate out to multiple minutes, while also collecting orbs cooling down your Rally Cry / Steamroller as well as your Ult itself.   If and when your Ultimate eventually runs out, or when you enter a new area, you should have collected enough orbs to have it off cooldown, therefore keeping it up indefinitely.   That's really it. Other useful skills would just be anything that spawns heroic orbs, but are just gravy to the primary strategy. For equipment, the campaign artifact with +4 to damage buffs works with Brooklyn Brawler, and there is also a Cap chest piece from his iconic missions that gives +2 to Brooklyn Brawler. Otherwise, look for light attack finisher perks since Brooklyn Brawler doesn't use heavy attacks. Shock and Pym Damage are best. Avoid Cryo, Plasma, and Cosmic as lifesteal and enemy staggers/slows aren't necessary. Gear that have % chance to spawn orbs on takedowns also get a lot of use here.   I will update when I have a more thorough min/max, but I just wanted to share my thoughts right now. I hope folks find this helpful, definitely give this build a try.