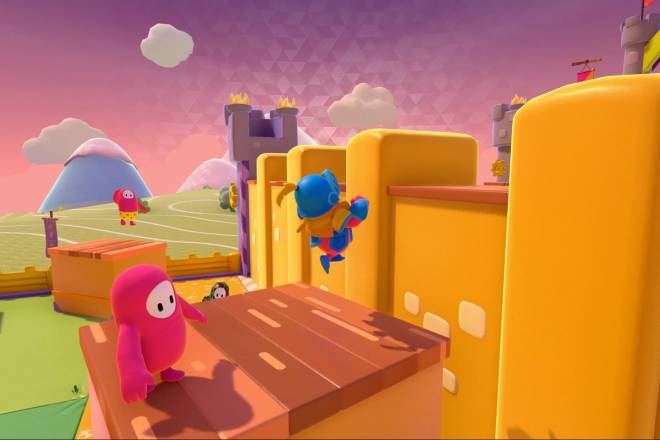 Wall Guys is an interesting map to play on Fall Guys. Primarily so because it requires a bit of cooperation with other players! Pushing and pulling blocks to scale giant walls sounds tough right? Well here are Ratman’s tips on how to become a Wall Guy master!   5) Stay Calm!

This map is a very frustrating one to play. Especially when you have 16 other Fall Guys jumping over and into your way. I have been so close to victory only to be knocked off by my fellow Fall Guys. This map requires an insane amount of patience as everybody works their way up and above.   4) Know When To Jump

One of the most hilarious things I’ve seen on this map is when a Fall Guy thinks he is close enough to make it but tragically falls to the floor. It is key to know how far away your character can jump. Don’t forget to grab the side before that leap of faith!   3) Don’t Follow

A tip that I highly recommend is avoiding a congested area. Once one Fall Guy has discovered a way above, the others are sure to follow. This causes the entire lobby to rush over and knock each other down trying to climb up. Instead, making your own path to victory and avoiding everyone else is a more beneficial method!   2) SABOTAGE!

Working with other players can be frustrating. That’s why during this map more than any other, sabotaging your opponents could be the key between you advancing or finishing in the last place. When you see a Fall Guy preparing to jump, a quick grab will snatch them out of the air as you jump above them to victory!   1) Be Observant!

At the start of the game when the camera is hovering over the map, it gives you time to scope the entire area. It has helped me tremendously to pay close attention to what blocks are where during this time. It can give you an advantage of knowing where to head to before the other players!   Got any tips for Wall Guys? Let me know in the comments!