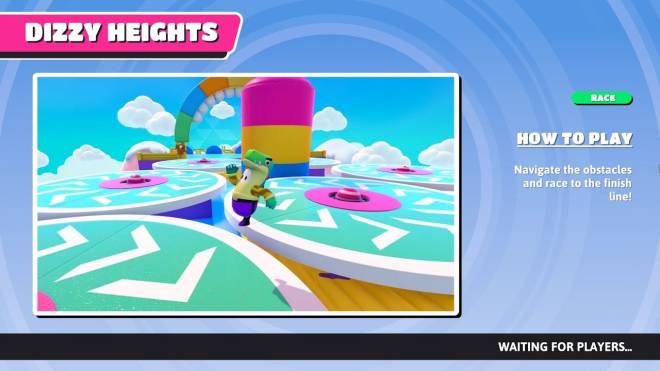 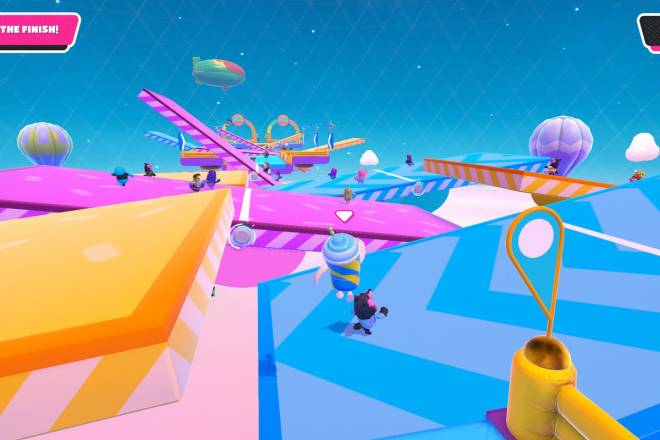 See Saw   See Saw includes a series of giant see-saws. As more players get onto a platform, it’ll add weight to either half, tilting it towards the heaviest side with the potential to slide racers right off.   1. When jumping onto platforms, do your best to jump towards the middle, where there is a clear white line. Landing here will give you a moment to decide which side to run towards to get to the next platform.   2. There’s also a small gap between each see-saw, so make sure you don’t fall through.   3. Use the momentum of the tilting platforms to raise and lower the base you’re currently standing on so you can safely jump to the next.   4. While this is a free-for-all race to the finish, sometimes you’ll have to work with other players to tilt the see-saw to safe position so you can move forwards. Don’t be afraid to move against an overeager group of players to help tilt the platform in the right direction. 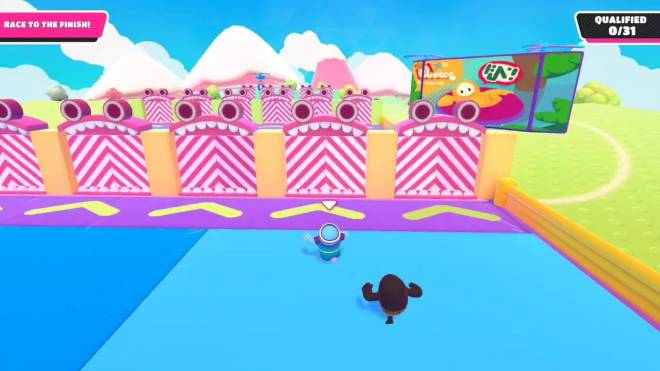 Door Dash   In Door Dash, you need to run through a series of identical, breakable doors before reaching the finish line. The catch is, you can only bust through some of the doors. There’s no way to tell which are which without jumping into them first.   The safest way to make it through this race is to simply wait for other players to check which doors are which. If you happen to be the person to make the decision to check first and you’re wrong, you’ll have to pick yourself back up and shove yourself through a crowded doorway to move forwards. It’s better to funnel through an already opened door first. 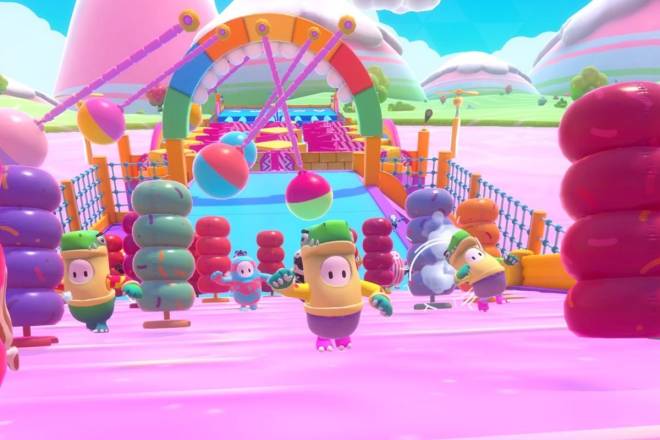 Hit Parade   Hit Parade is an obstacle course race in four parts. You’ll run along beams, push through spinning barriers, dodge swinging wrecking balls, and finally run up a slimy hill (while avoiding bumpers).   1. It’s fine if you fall in the first section (in fact, it’s likely). You’ll lose a couple seconds as you drop to the lower level, but it’s easy to make up time.   2. The spinning gates in the second section work like revolving doors, so try to stay with a group of players. If you go against the flow, you’ll have to overcome their momentum to get the gates spinning again. It’s much easier to just slip into a crowd.   3. For the swinging wrecking ball section, the balls (that look like fishing bobbers) will be out of sight, so it’s hard to judge where they are. Watch the shadows for a hint. Don’t be afraid to stop and wait for a better chance to run.   4. Try not to stop on the final climb up the ramp. It’s very hard to get moving again.