Fall Guys Works Against All Odds 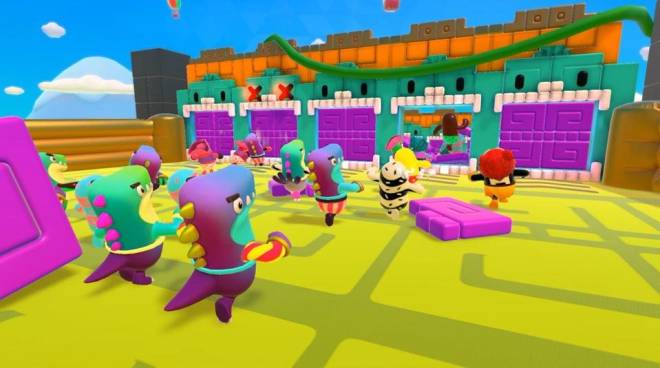 Blood, gunfire, screaming at your friends and strangers alike. These things are the bread and butter of your typical battle royale game. Everyone copied everyone else and it has become almost a parody of itself at this point, though plenty of elite titles in the genre still remains, we’ve been waiting for what’s next. What could be the next evolution of the battle royale? Well, I’ll bet you all the money you want that your guess wasn’t going to involve some marshmallow looking creatures who stumble around while playing through mini-games straight out of Mario Party wasn’t your first guess. 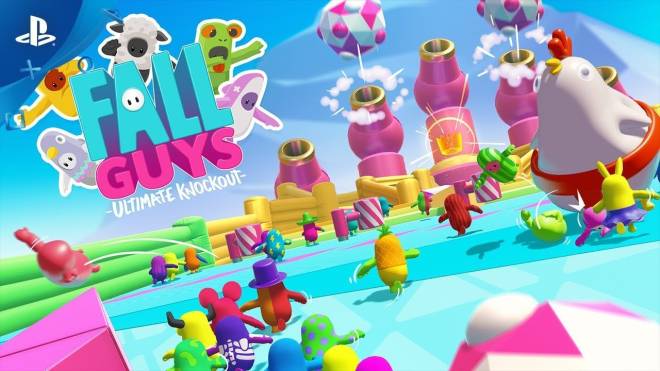 Where Fall Guys gets it right is in its immediate accessibility and respect for your time. Most battle royale games have you hit start, then bombard you immediately with battle pass icons and “you can buy this or purchase this to get better gear!” Etc. Fall Guys on the other hand greets you with the presence of mind to not demand your money for cosmetics, but rather to go out and earn them! The crazy thing is, you actually can! There isn’t some mythical amount of experience points to gather to unlock the funny costumes, it’s just a couple games away from being yours. Not only that, but it gives you the incentive to be good at the game by rewarding you with fun outfits. This is the way it should be done, folks. As much as I love other battle royale games, the practices that are apparent within them is something gaming should’ve done away with already, but for some reason continues to permeate through some of our most popular games. 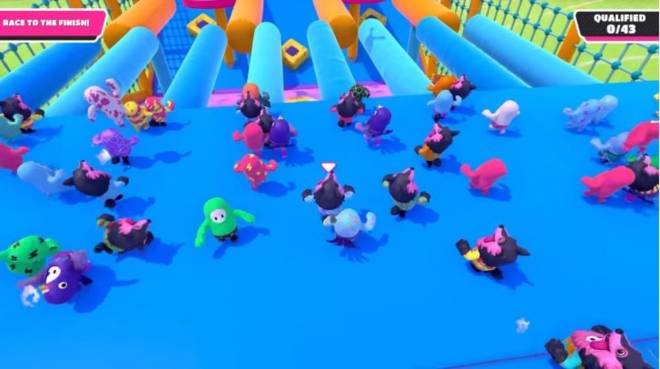 So how about the gameplay? What is it that makes this such a fun game to play compared to some of its contemporaries? Well, to start, there’s no murder or blood! While I love some good gritty shooters with bullets flying about, there was a peaceful joy in starting up Fall Guys for the first time. A smile sat on my face for the majority of my playtime with it and it’s because of goofy and light-hearted the whole thing tends to be. For those wondering how the game works, picture Mario Party with 60 other people in the mini-games with you. You get all sorts of obstacle courses or minigame objectives to fulfill and after each round, a portion of the participants get eliminated. It creates the sort of desperation that battle royale players will be familiar with in a family-friendly way that manages to enrapture people of all ages.   I’ll admit that this is not the typical game for me. I like my games realistic, bloody with some dark themes at work. That’s my wheelhouse. While I’ll mess around with lighter fare on Nintendo Switch occasionally, I don’t consider it the type of thing that can dig its hooks into me. Fall Guys has challenged my perspective there and has quickly become one of the more addicting titles. To be the best of 60 other players and shown actively how much better you are than them is a fantastic accomplishment. Compared to most battle royale games where you only see a number of players counting down as they die off, Fall Guys actively shows you these other plays falling off the map or failing their objectives. This creates a comradery as well as fierce competition because these players are all going through the same trials and tribulations that you are. 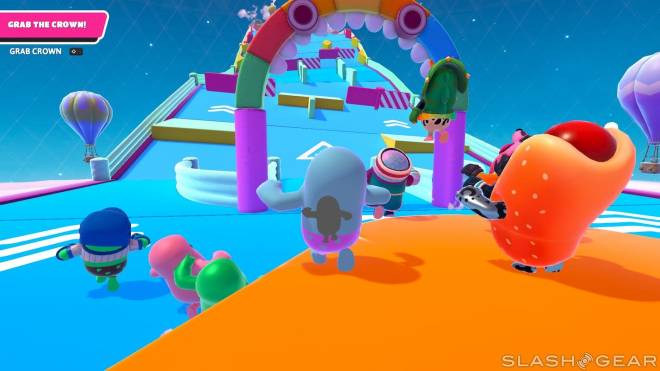 While there are only a handful of game types available, the amazingly colorful antics of the characters create a personality within Fall Guys that stands alone. For example, one round has all players trying to find a specific hole in a wall to progress and this hole is pretty small. When all the players start trying to rush at it, it creates a massive pile-up of players, and watching them wiggle around trying to get back to their feet is absolutely hilarious and lends some much-needed levity to the normal happenings of battle royale games. Fall Guys seems to be the most unnatural progression of battle royale games yet, but it’s brilliant in its simplicity and by the look of it in the streaming world, it should be a mainstay sub-genre from here on out.