Slime Climb is definitely the hardest round in Fall Guys.   However, there are so many shortcuts in this round so if you're expert, you can go faster than others. 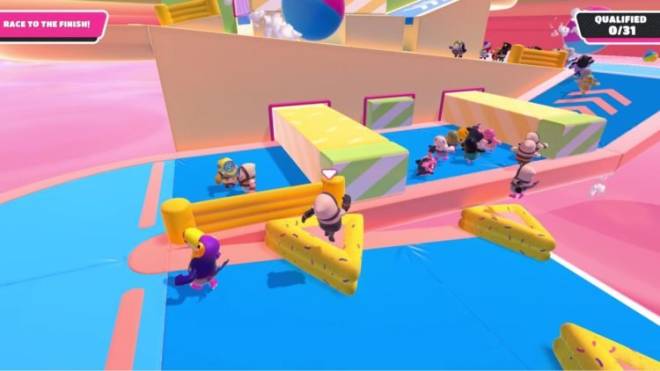 Just after the first corner, there are two bouncy triangles on the right-hand side. You can hop onto either of these to get a boost up to the platform above.   You need to be smart when it comes to picking which shortcut to use. If loads of other players are going for a shortcut, you’ll most likely get knocked over if you attempt it too. In this case, go for the other bouncy triangle or simply skip both.   No need to get on the triangle platform, but you can also jump dive from near the platform to the above. 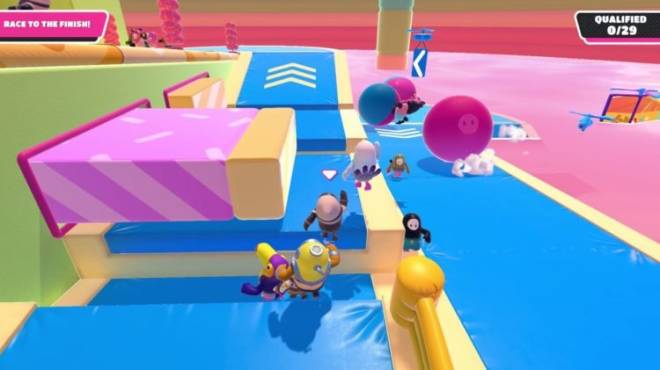 this one can also get crowded, which may end up slowing you down. Keep an eye on the number of people trying to jump over the gap, as well as how many are piling into the shortcut. If it’s very congested, jumping over will be faster than trying to take the shortcut and hop up.   Just before you get to Slime Climb’s third shortcut, you need to run up a ramp with large balls rushing towards you. You can see them in the image above. When you’re running up this ramp, don’t run on the left-hand. If you get hit, you could get knocked onto the ramp below. If you stick to the right, you’ll simply get knocked into the wall. 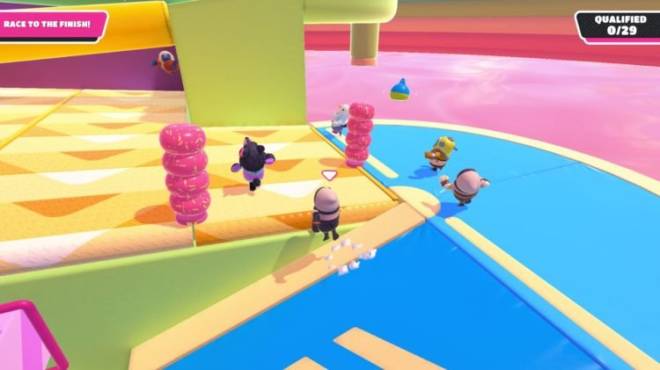 This is the easiest shortcut of the lot. You’ll pull it off almost every single time and you won’t lose anything by attempting it. You can cut the corner and the first moving pillar by hopping from the ramp onto the treadmill.   You never need to run around the corner. If there are loads of people, you’ll either get ahead of them all or get knocked over and need to try again. There’s no risk of you ending up in the slime or falling off the edge. 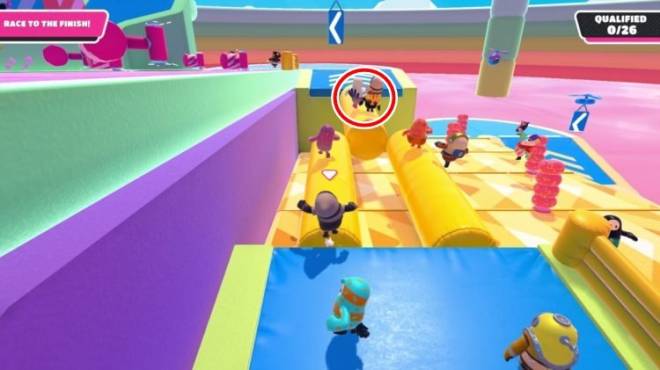 The three balance beams were a nightmare for me for a long time. Until I discovered you don’t need to jump onto the first beam. You can just walk onto it, which will save you trying to regain your balance.   After the balance beams, you can also save yourself a second or two by jumping over the inflatable yellow fence on the left-hand side. If you do this, watch out for the nearby hammer.   Also if you reached here fast, you can stand the circled place and wait for the others. Grab them when they approach so they'll lose their balance and fall. You can kill tens of your enemies in this place. 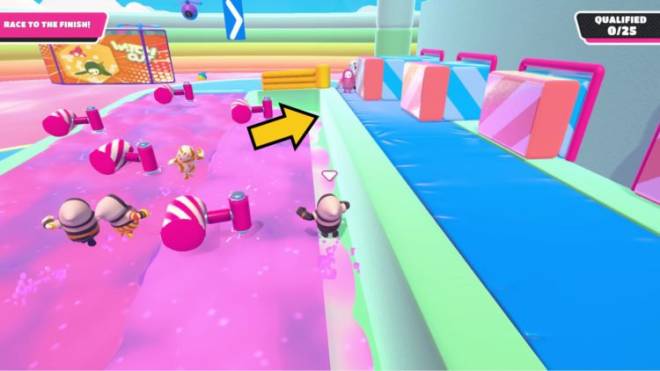 The slippery ramp with candy cane versions of Thor’s hammer isn’t a particularly tough obstacle. However, you can guarantee you make it through every single time by sticking to the right-hand side of the ramp. This will eliminate any risk of you being knocked off. Plus, the hammers can’t reach you. Your only risk is that another player knocks you into them. But then the wall will catch you.   This ramp is where you will find the final shortcut in Slime Climb. It’s also the one that will save you the most time. You can also jump from the pink slime to the blue mat above right where the arrow meets the wall in the image above.