Hey there, Rogues!   I’m coming at you this weekend with a quick breakdown of the three best abilities to purchase for Gl1tch in Rogue Company! Every game needs its own tech junkie and Gl1tch certainly fills that role with excellent accuracy. Sporting a SKL-6 shotgun or LMP-X SMG for his primary weapons, as well as an Executioner pistol as a secondary, Gl1tch’s real talent lies in his ability to detect, disrupt and even completely nullify enemy technology or gadgets. 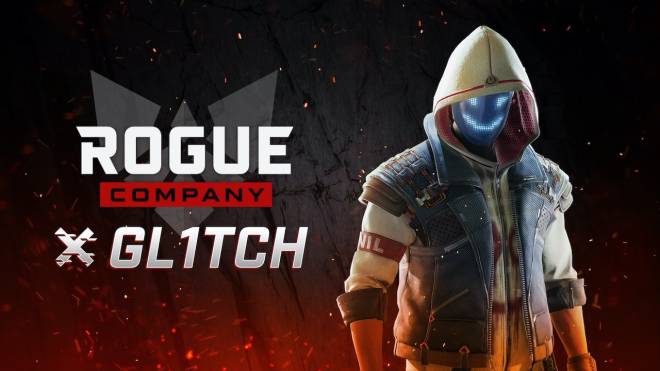 His active ability is, as I mentioned earlier, the ability to hack and detect nearby enemy signals or tech, disrupting said gadgets to spread chaos through-out the ranks of your opponents. Not sure where or when the best time to use this ability is? Gl1tch has you covered there as well, since he passively detects enemy gadgets and equipment, whether they stand between walls or are staring you in your pixelated faceplate. Combining these two abilities together is crucial to succeeding as Gl1tch and making that split-second decision to cut out an enemy’s gadget, either shutting down an attack before it can happen or saving a teammate at the last possible moment. Granted, bullets are still hot pieces of metal, so once their gadget has stopped working, they’ll try to get rid of you the old-fashioned way. Thankfully, Gl1tch also has an answer for even more dangerous situations. Of the six perks available, I’ve singled out three that I find the most useful and most worth spending your blood-riddled cash on. The first of these would be the “Cloaked” perk, which makes you yourself immune to anyone else playing Gl1tch, as well as other abilities or perks that would reveal your pixelated countenance to an enemy. Being spotted and cut down on your way towards an objective or while hunting enemy players is one of the bigger risks in the world of Rogue Company, so being able to completely nullify that issue frees up your focus for other tasks, such as hacking and… well, more hacking on top of that.   To hack an enemy, you need to know their location and if they’re not actively using equipment, this could prove tricky given the urban environment of Rogue Company’s maps. Fortunately, Gl1tch’s “Sixth Sense” will notify you whenever an enemy within 25 meters is looking in your direction. If you’re not using “Cloaked” for some reason or they’ve spotted you with open sight-lines, this handy little perk will basically give you eyes in the back of your head and let you react before the enemy can realize you’re on to them. Detect, shut down, get paid. As Gl1tch himself says, “easy game, easy life.” 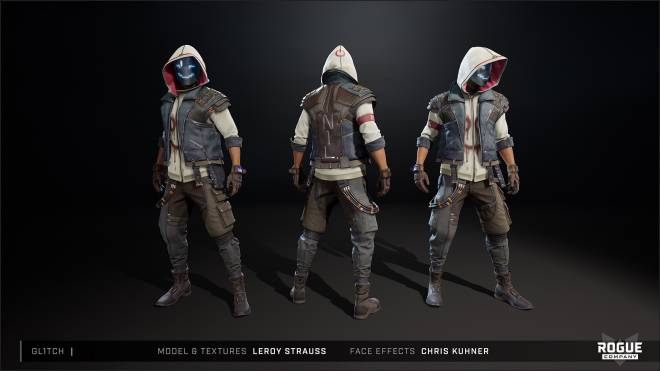 Lastly, we’ve got “Tracker Rounds”. Say you whirl on someone trying to get the drop on you and they manage to slip your last shot, sprinting off towards relative safety. Little do they know, this perk adds Gl1tch’s powerful tech on to even his bullets, highlighting the victim for every member of your team. You may not get the kill personally, but the wounded enemy is bound to be picked off by someone when their presence becomes public knowledge, even more so if you’ve hacked their equipment before they fled. This perk gives Gl1tch a bit of utility that he otherwise wouldn’t bring to the team as a whole and strengthens the squad and Gl1tch both.   Stay tuned for more Rogue Company perk breakdowns and let me know in the comments if you folks have some alternate builds! Now, it’s the weekend, go get paid.