Along with the Gods: Best 3 and 4 Star Heroes

Discover the best lower-star Heroes to use in Along with the Gods! 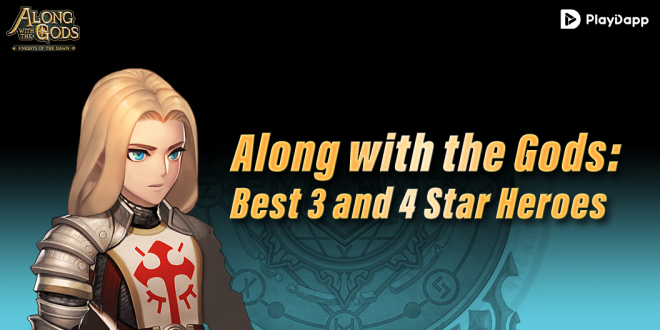 Hello Knights!   We’re back with another guide article for you! While 5-star Heroes are the most sought after Heroes, Along with the Gods is filled with great 3 and 4–star Heroes, with some of them even being as good as a 5-star Hero. We’ll show you which underrated gems you need to pay attention to in Along with the Gods, as well as which Heroes to avoid falling for.   [Unique Advantages of Lower Star Heroes]

While it may seem intuitive to assume that 5-star Heroes are automatically the best in the game there are a number of lower star Heroes that are just as good as 5-star Heroes, and that goes even without listing the unique advantages that all lower star Heroes possess. Lower star Heroes are far easier to upgrade than their 5-star equivalents. Duplicates for these Heroes, for the purposes of unlocking Awakenings and Leader Skills, are far more easily obtainable. The Philosopher’s Stone costs for Transcendence are far lower than for 5-star Heroes, which makes it easier and less of a drain on your resources to get a lower star Hero to Level 66.

Many of the key 4-star Heroes, such as Ereth, Orelia, Vern and Akurel, are also obtainable through Hero Combination in the Temple of Heroes.   The Special Summoning List for the Special Hero Scroll is changed periodically and will often feature many of the Heroes listed as well so keep an eye out.   Having a collection of fully upgraded lower star Heroes is also essential for PvP, specifically Minor Arena. Minor Arena only allows you to use Heroes up to a limit of natural 4-stars, so that means no Alexis, Prospera and co. You will need at least five natural 4-star or lower Heroes to compete. Minor Arena has its own set of top Heroes and its own established meta which you will have to come to terms with if you want to succeed.   Looking at the top ranked Minor Arena teams and which Heroes they’re using can give you a good indication of which Heroes the best players are favoring.   Don’t neglect the lower-star Heroes in Along with the Gods, they are an essential part of the game and will help you out in the long run.   [Lower Star Heroes to Avoid]   While a lot of these Heroes aren’t bad per se, we believe that your time and resources would be better spent focusing on other Heroes with greater value and utility. Many of these Heroes are often A lot of these Heroes are newbie traps due to the fact they’re obtained through the story or relatively early in the game, and will siphon off time and resources from better alternatives.   Note that some of these Heroes, while unhelpful themselves, can be used as Hero Combination material and should be retained for this purpose.   Make sure to check the Combination Heroes menu at the Temple of Heroes to see which Heroes you need as Combination materials for their respective Heroes.   New players should view these Heroes as short term options/filler Heroes while they collect better Heroes.   3-star Heroes: Ian, Claire, Leo, Nina, Reina, Blacky, Lily, Ellaine, Reina , Igra, Enzai, Rex, Elissia, Earth Elemental, Fire Elemental, Water Elemental 4-star Heroes: Haini, Becky, Muku, Laon, Mumu   [Best 3- Star Heroes]

Melvin is one of the best Raid Heroes in the game and a 5-star Hero in a 3-star Hero package. He can essentially solo clear the Nhumer Raid as well as help take down the Flame Drake in the Ancient Drake Raid. Melvin is also a reliable Hero for Minor Arena and clearing Scenario mode. He should absolutely be a part of every player’s roster. Melvin’s skills not only boost himself but also the rest of your team. Melvin also has great endurance while having solid, steady damage output. His passive, Revive, is his signature skill which allows Melvin to revive once with 50% of his HP when he’s defeated. For more in-depth information about Melvin including the best Runes to use for her and more, check out our previous Hero Spotlight article here:   https://moot.us/lounges/345/boards/1686/posts/4598706/hero-spotlight-melvin-emptiness-will-lead-us-to-the-new-world 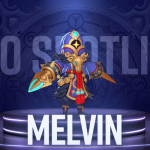 Floria is a 3-Star Earth Support Hero and one of the very best 3-star Heroes in the game. She is a perfect Hero for beginners as she’s easily obtainable and upgradeable. She’s also a highly viable Hero in Minor Arena and PvE situations.   She is extremely capable as a Normal and Hard mode Scenario and Infinite Tower and her Transform Skill is universally useful in non-Raid battles, transforming enemies into squirrels and rendering them incapable of any action while they’re in that state. This ability can completely change the flow and outcome of a battle and is especially powerful for lower level players.   For more in-depth information about Floria, including the best Runes to use for her and more, check out our previous Hero Spotlight article here:   https://moot.us/lounges/345/boards/1686/posts/4148111/hero-spotlight-floria 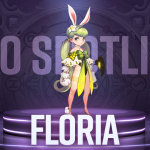 Blith is another elite 4-star Hero who is useful in every single game mode, including being viable in Minor, Major and Team Arena teams. He’s uniquely capable at team healing for a Tank, while still being self-reliant and providing solid defensive support. Blith is the ultimate damage sponge and frontline protector. In Minor Arena battles Blith can often be found as the last Hero standing due to his incredible durability and is incredibly difficult to take down in a 1v1. Blith is one of the top three Tanks in Along with the Gods, with Zemer and the Ancient Goddess Hero Atmos.

Ereth is one of the best non 5-star Heroes in the game and is the King of Minor Arena. He’s a staple presence on virtually every high-ranking Minor Arena team and dominates the Minor Arena metagame. This Fire Melee Hero has a number of powerful attributes, most notably his attack animations which grant him i-frames which make him invulnerable to damage. What’s more is that he’s relatively easy to obtain and upgrade through Hero Combination at the Temple of Heroes.   For more in-depth information about Ereth including the best Runes to use for him and more, check out our previous Hero Spotlight article here:   https://moot.us/lounges/345/boards/1686/posts/4812203/hero-spotlight-ereth 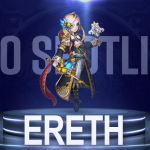 Hero Spotlight: Ereth | Along with the Gods: Knights of the Dawn “Take my good-looking attack!”   moot.us

Akurel is a Water Ranged Hero and one of the best all-round 4–star Heroes, being a valuable asset in both PvP and PvE, especially in Minor Arena. He’s very comparable to the 5-star Hero Kaor in terms of abilities and role to the point of interchangeability. He has a range of high DPS skills combined with numerous powerful Crowd Control effects. However, Akurel does have some distinct advantages such as having a better Active Skill with Crowd Control effects, as opposed to Kaor who has a less powerful Active Skill. Akurel is also available in the Temple of Heroes as a Combination Hero as well as obtainable through collecting Light Shards. This means he’s overall more easily attainable and cheaper to upgrade than Kaor and many players view Akurel as the overall superior Hero for this reason.

Vern is a Fire Support Hero who is highly useful in Minor Arena and will serve players well as a kind of mini-Styx until they can obtain the Ancient God Hero as he has a comparable set of Skills and role to Styx. He’s able to heal, buff your team and debuff enemies while also dealing a moderate amount of damage. He also has a particularly useful and unique Skill which grants the Vampire Effect to your entire team. Vern is also available to summon from the Temple of Heroes as a Combination Hero.

Rene is an Earth Ranged Hero and a very solid Minor Arena Hero who is also viable in other game modes, especially for beginners who lack the more powerful 5-star Heroes such as Prospera and Lin. She has great damage output while also having some other tricks up her sleeves, such as the powerful Transform debuff which transforms enemies into squirrels, rendering them incapable of any action. Rene is also a very useful Hero for clearing Normal and Hard Scenario stages.

Orelia is an intriguing 4-star Earth Magic Hero. She’s highly viable as a Minor Arena Hero although her usage rate isn’t as high as some of the other Heroes, especially with her Leader Skill which increases the HP of backline members by 35%. Orelia’s Leader Skill is one of the most useful amongst lower star Heroes and can be considered a reasonable substitute for the Ancient Goddess Hero Prospera’s Leader Skill. She also possesses several Magic Skills which are powerful in both PvP and PvE, severely debuffing enemies with effects such as Petrify, Poison, Slowdown and blocking opponents beneficial effects.

Eoin is a Dark Magic Hero and is an underrated gem of a Hero. He not only destroys opponents in Minor Arena, but his powerful set of Skills enable him to be useful in a wide variety of PvE and PvP situations. You can even use Eoin to great effect in Hell mode Infinite Tower and Scenario stages where his unique debuffing abilities can shine. Eoin is also the only Dark Magic Hero in the game which adds to his unique value.   [Conclusion]   These are our top recommended picks, but Along with the Gods has a deep variety of Heroes and gameplay which means that there are several lower-star Heroes not listed who can hold their own. These include other 4-star Heroes such as Arnette, Ardo, Gohr, Peishan and Turan, who can all thrive in certain situations that suit their strengths.   Certain 3-star Heroes such as Kaho and Tallia are also decent enough for new players to use and grow along with. Make sure you don’t discount these options either and explore all the possibilities that exist in Along with the Gods.   We hope you enjoyed this guide and found it useful in discovering more about the game. Remember that Along with the Gods is full of lower level gems who are just as useful as their more vaunted 5-star Hero counterparts!   Bringing you the future of gaming today, Team PlayDapp   [Social Media]   Facebook: https://www.facebook.com/groups/AlongWithTheGods/ Moot: https://moot.us/lounges/345/ Twitter: https://twitter.com/AWTG_PlayDapp Medium: https://medium.com/playdappgames Discord: https://discord.gg/5QMpnJ7 Telegram: https://t.me/cryptodozer_io