A Guide to Choosing your Hero from the Selective Hero Scroll 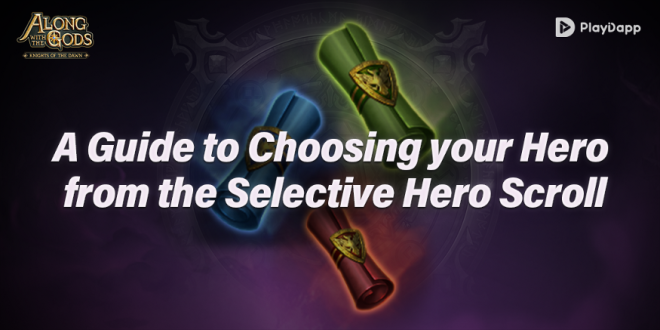 Along with the Gods: Knights of the Dawn is now available from Google Play Store! Download and play the game from the link below:   https://play.google.com/store/apps/details?id=game.playdapp.awtg 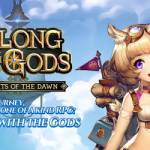 Along with the Gods : Knights of the Dawn - Apps on Google Play 1. Get True Ownership of Game Items! (To be updated) - Enhance and enchant your item with your effort and earn more value from it. 2. Powerful action with Heroes of 5 Classes! - Create a team of Heroes with different Classes. - Each Hero possesses unique characteristics, skills and special abilities... play.google.com

After completing Stage 1–10 in Scenario mode you’ll be gifted with a Selective Hero Scroll which presents you a choice of natural 4-star heroes to choose from. Here’s a quick guide to help you make your decision! 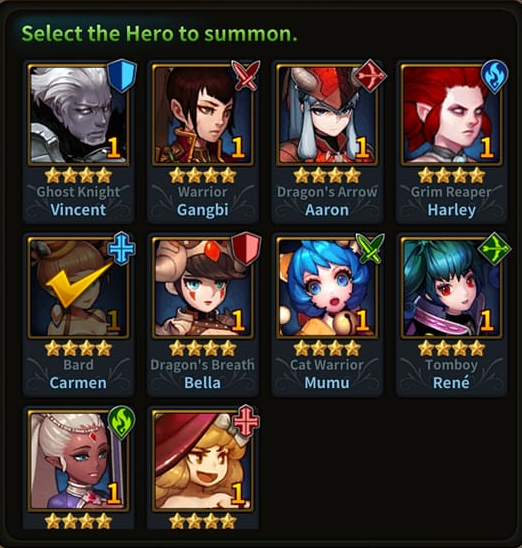 First off, there are no bad choices here and if you simply choose who you think looks coolest that’s fine. These heroes are all solid, especially for new players, so don’t be too concerned that you’re making a terrible mistake. You’ll also gather a lot of heroes throughout your journey, including the ones available from this list.   However, there are pros and cons for each hero. Maybe you’ve already got other 4- or 5- star heroes and don’t want to double up on roles. Maybe you need a hero to help you clear Scenario as fast as possible or maybe you’re thinking long-term. We’re here to help.   [Hero Breakdowns]

Vincent is a water-type tank with insane durability; however, you will be gifted a free 4-star tank in Arthur soon after this point so keep that in mind. He is still a solid pick if you choose to use him, especially if you require a trusty Water hero. He absolutely wins the coolest looking hero as well.

Harley is a strong choice to consider as he is an absolute beast in Scenario mode. He will obliterate enemies in Normal and Hard mode with his high damage output and freezing capabilities. In the final areas of Scenario mode you’ll be facing a lot of Fire enemies so he’s extremely helpful there too. He’s also combination material for the powerful 5-star hero Oliver and many players would consider this a huge positive to picking Harley.

Carmen is a very useful Support character who specializes in the Fire raids against Havoc and Nhumer. Her abilities are uniquely effective against the two Raid bosses and you may find her carrying your Raid teams against them. She can even hold up in other Raids with the right rune and team set-up.

Bella is a Fire Tank hero. She’s a solid pick for people who want a Tank who can bully enemies with her stun and pushback, and sponge hits. Apart from Scenario mode, some players like utilizing her as part of their frontline in Arena mode too. However she doesn’t particularly shine in any particular mode or aspect.

Mumu is an Earth Melee hero with an interesting set of abilities including HP% Damage Abilities. She shines brightest in the raid against Kraken. She can also be a strong niche/counter pick in Arena against Water based teams with her abilities and typing.

Gangbi is a Fire Melee character. Initially some players may be underwhelmed by him as he can be quite frail despite his high damage output. However, as you acquire better runes and better support for him his longevity can massively improve and his ability to AOE stun opponents is a huge boon.

René is an Earth Ranged character. She is most useful in Arena, especially Minor, and is very powerful in Scenario mode and the Raid against Kraken too. She has a high damage ouput and has the incredibly useful and annoying ability to turn her opponents into squirrels, giving her a solid form of crowd control.

Benechia is a Fire Support character. Her main purpose on a team is as a physical buffer. She also buffs your team’s critical rate and debuffs opponents. If you have or plan to build a physically oriented team she can be a great choice. She will find use in Scenario mode as well as several of the Raids due to her abilities. She is also available as a combination hero in the Temple of Heroes so some players would rather obtain her through that method than choose her here.

De’Har is an Earth Mage. She is very adept at clearing enemies out in Scenario Mode with her high damage output and AOE attacks. She lacks the same level of utility in Raid mode, although she can still find use in Arena mode and can wipe out opposing players’ teams if given the chance.

Aaron is a Fire Ranged character. He has respectable bulk to go with his steady damage output. However, players will want to try to obtain Evan, another Fire Ranged hero. You can combine heroes to summon Evan and in turn Evan is combination material for Zemer, one of the best Tank units in the game. For many players, they may find Aaron superfluous.   In the end, if you care a lot about optimizing your early game or long-term use, Harley and Carmen are the two front-runners. Harley in particular is a popular and well regarded choice, but each choice of hero has its merits.   Comment below with who you ended up choosing!   [ALONG WITH THE GODS PLAY STORE LAUNCH EVENT]   Celebrating our Play Store launch with some awesome community events!   To celebrate our launch on Google Play Store we’re holding a whole bunch of events to celebrate! There’ll be a coupon code for all players to redeem, two social media rewards campaigns and a community prize draw! We’ll be giving out a ton of rewards to players for participating so make sure you check it out: https://moot.us/lounges/345/boards/1672/posts/4645281 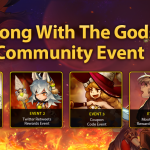