10 Tips for New Along with the Gods Players 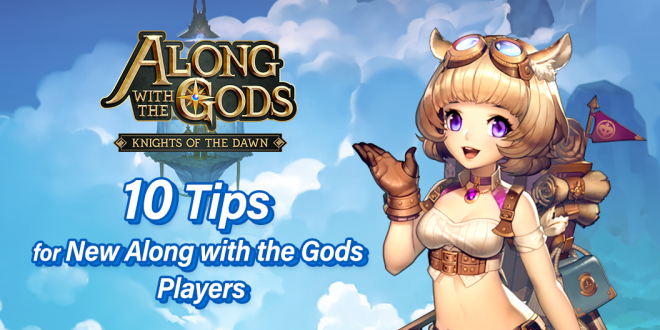 There’s a lot to take in when you first load up the game so here are some helpful tips for people to get their bearings and discover all the wonderful things about Along with the Gods: Knights of the Dawn!   1. Don’t just charge into battle!   Along with the Gods rewards good team choice and composition and punishes sloppy choices. This is especially the case in Hell mode Scenario, Infinite Tower, Raid and Arena battles. Pay attention to things like attribute match-up, ability effects, and team role composition. If you’re facing a team with strong Fire attribute mages, for example, it doesn’t make sense to bring a team of Earth attribute heroes with low Magic Defence. If your opponent can inflict harmful status effects, you should take note of this and try to bring support-type characters with status healing abilities. Knowledge is power in this game. Fight smart, not just hard!

2. Don’t judge a book by its cover!   Even units you might not think are useful can be. There are 2 star units that you’ll actually want to get and level up and evolve for combination materials for awesome heroes down the line, and there are several 3 star units who will be useful for you throughout the game.

Some examples of 3-star heroes who are just as useful as higher-level heroes include Hellen, Floria and Terenth. They are worth keeping, evolving, and raising alongside your natural 4- and 5-star heroes. Some 3-star heroes are also very good in specific circumstances such as certain raids. Tallia is incredibly effective in the Havoc and Nhumer raids for example.

3. Explore every game mode!   Finishing Scenario mode on Normal difficulty is the priority for you to unlock other game modes and start your progression. After unlocking the other modes, playing each game mode is going to help you gather the resources you need to build your team and progress further in the game. Different game modes will give you unique rewards which is why it’s important to play them all. For example, the Raid mode will give you a supply of great runes and playing the Arena mode will supply you with Arena coins which you can exchange for scrolls and other valuable items in the Special Shop. Variety is the spice of life, and Along with the Gods.

4. Spending your riches!   New players may be wondering what exactly the best uses for gems and gold are in this game. The best use of gold in this game is for upgrading runes and it can get quite expensive to make sure you have suitable runes throughout your adventure, so keep piling up that gold. The Random Shop also has some items that are worthy of your gold, such as Normal scrolls and Premium scrolls. Beginner players may also find some runes in the random shop that may be of use to them early in the game.   Gems are a valuable resource and there are several functions within the game that make use of them, such as continuing a lost battle or getting more keys. New and/or F2P players may find saving and spending their gems for the Summon Pack II in the shop to be a useful kickstart giving you 11 premium hero summon scrolls and Eggies. Gems can also be used to expand storage space for runes, heroes and accessories which can be very helpful as you expand your roster of heroes.

5. Level up your leveling up!   While you can feed heroes to another hero to increase their EXP and level them up that way, there is a way to power level characters in this game. Simply place the character you wish to level up quickly in a team of max characters and all the EXP will all funnel to that one character for up to 5 times more EXP per battle! Combine this with the auto-battle function and turning off the boss animations in Settings to really speed up your grinding.

6. Become a social butterfly!   There a ton of benefits to adding friends in Along with the Gods. You can send Friend Points to, and receive them back from, your friends, which you can use for additional spins on the daily FP Roulette. Additionally, you can also select friends, and their representative hero, at the pre-battle menu to take along with you to Raid and Scenario mode battles. Your friends can help you out during those tough battles!

Heroic Dungeons are Raids that appear randomly where you can farm shards for a specific hero, gathering enough of these shards lets you Summon that hero! Any time one of your friends finds one of these Heroic Dungeons you will also be granted access to them!

7. Change your representative hero!   Some of you may really, really like Ian but a lot of you will want to change your representative hero. You can do this in the Heroes menu, selecting a hero and changing them to your rep hero in hero settings. Not only will this change your avatar to something more unique but people will be more likely to add you as a friend or accept your friend request, especially if you set it to a useful character who can help them out in those tough raid and scenario situations.

8. Runes run the game!   Runes are the secret sauce in Along with the Gods. Your rune setup can completely change how your hero performs, you can patch up weaknesses and enhance strengths with runes, and runes can be the difference between victory and defeat, so you should get familiar with them as soon as possible. Runes offer bonuses to your stats individually and as sets, and they can be upgraded with gold! Upgrades increase the bonus percentage as well as unlock more bonus types. For example, an individual Attack rune could offer ATK +3.7% and Magic DEF+3.0% at base level, while it offers ATK +12.1% and multiple new bonuses when upgraded to +12.

When equipped together, a set of four attack runes gives you the bonus of increasing your Attack Power for 10 seconds with a fixed chance when you attack with a basic attack. Equipping runes with helpful and relevant individual and set stat buffs and bonuses is important (an offensive mage like Harley isn’t going to benefit from having higher ATK but will love having higher Magic Power) and upgrading them is going to noticeably increase the power of your characters. You’ll receive many runes throughout your adventure, so you’ll constantly be upgrading and switching runes out as you progress. Raids are the best way to obtain high quality runes as well as crafting them in the Workroom.

9. Feel free to mix and match your runes!   While you do get Set bonuses for having four of a single rune type, you also get bonuses for having two of the same rune type so you can receive two different types of bonuses, which you can use to your advantage. Each different type of rune grants different bonuses. For example, a Melee DPS character such as Gangbi will typically suffer from being bombarded by attacks on the front line and not having the natural ability to take hits. Equipping two life runes (2 Set bonus of HP +20%) and two critical runes (2 set bonus of Critical rate +15%) gives him a balance of greater longevity while not compromising his ability to dish out damage and plays to his strengths while patching up his weaknesses.

Sometimes simplicity is the best philosophy though, and a tank character like Arthur may benefit most from equipping four life runes. Four life runes will grant him a shield when he’s attacked and help him do what he does best, sponge hits and drive forward. Experiment and see which setups work for you.   10. Be consistent!   Even if you don’t have a lot of time to play on a particular day make sure to at least log-in every day. You get daily rewards for logging in and there are some awesome rewards for cumulative log-ins that you don’t want to miss out on.

We hope you enjoyed these tips and that they help new players out. Enjoy Along with the Gods: Knights of the Dawn!   If you're looking for advice or have some you'd like to share, the Tips and Guides board is open to all so please feel free to post and share your knowledge!   Bringing you the future of gaming today, Team PlayDapp   Social Media:   Facebook: https://www.facebook.com/groups/AlongWithTheGods/ 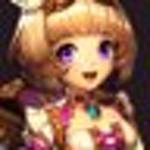 Along with the Gods: Knights of the Dawn (@AWTG_PlayDapp) | Twitter twitter.com 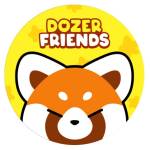 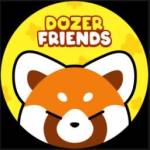 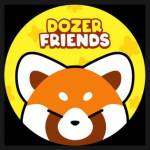 DozerFriends_Official Group cryptodozer.io & dozerbird.io LET’S PLAY! Earn awesome NFT DozerDolls to use across PlayDapp games. Enhance them for more game-play! Trade them with other players to earn! t.me 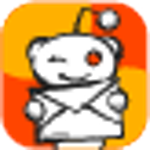 overview for playdapp_io www.reddit.com
SEARCH Along with the Gods: Knights of the Dawn POST