Hello Knights! We have some fantastic news to share with you!   PlayDapp's flagship RPG is boosting its Play to earn mechanics and we have a special pre-registration event on https://market.matic.playdapp.com/p2e/awtg!   PlayDapp's RPG Along with the Gods: Knights of the Dawn, in which players can earn NFT Runes and Heroes is launching a dedicated play to earn server, with staking.   The deep RPG will soon allow players to earn PLA tokens, daily and weekly. PLA is the native token of PlayDapp and is listed on sites such as Coinbase, Crypto.com and upbit. Players can earn daily rewards of 5PLA and weekly earnings are worth a potential 5,000 PLA. Pre-registration is now open with some awesome boosters.   PlayDapp's move to a deeper Play to Earn experience with Along with the Gods has at its core easy to grasp mechanics. All players need for success is PlayDapp Town PLAYZ NFT. These are PlayDapp's interoperable NFTs, whose pre-sale was previously featured on DappRadar. PLAYZ NFT come in three grades of rarity, R, SR & SSR.   PlayDapp's focus is on gaming, and Along with the God's move into deeper Play to Earn mechanics reflects this. Players can stake and complete simple daily missions to earn PLA or take on other players in PVP in Major Arena and win larger shares of PLA.   For Along with the Gods' Play to Earn, players just need three SR grade NFT to earn daily rewards of PLA. One staked SSR NFT is needed for weekly rewards from PvP, and importantly all staking is lossless. NFT used are still under the players' control.   PLAYZ NFT can be acquired in the PlayDapp marketplace. And with PlayDapp's recently launched Merge and Upgrade feature NFT owners can take lower value NFT and combine them to form higher grade NFT, unlocking earning potential for Play to Earn.   Along with the Gods' continues PlayDapp's work to add true value to players and their gaming. Full details on PlayDapp's Along with the Gods' Play to Earn expansion and pre-registration process can be found at https://market.matic.playdapp.com/p2e/awtg 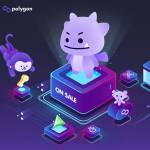 PlayDapp's pre-registration process is open from October 13th, letting you get ahead of the curve, thanks to some serious pre-registration rewards. By pre-registering Players will earn valuable in-game items, including Gems, Hero Scrolls and Gold.   Not only that but players who pre-register will get advanced notice of pre-staking, allowing them to make sure that they take advantage of Play to Earn in Along with the Gods as soon as possible.   Team PlayDapp   [Social Media]   Facebook: https://www.facebook.com/groups/AlongWithTheGods/ Moot: https://moot.us/lounges/345/ Twitter: https://twitter.com/AWTG_PlayDapp Medium: https://medium.com/playdappgames Discord: https://discord.gg/5QMpnJ7 Telegram: https://t.me/cryptodozer_io