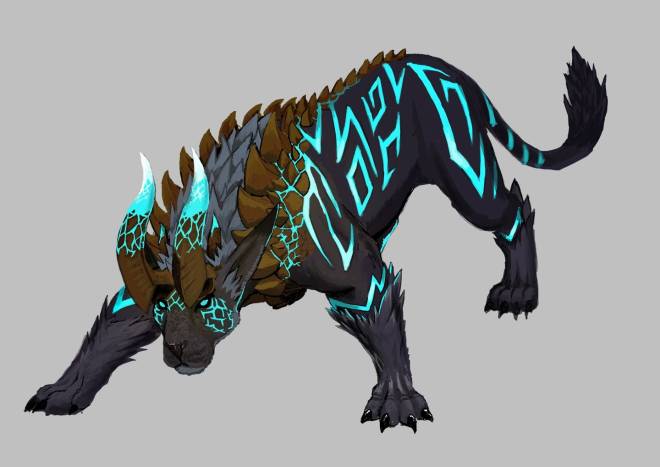 New pet`s rank will consist entirely of heroics and legendary with strong combat power. It would be more interesting to see the image of the summoner and to predict the attributes . In addition, a PvE dungeon with the concept of the leopard will appear.   2. New dungeon [Forest Labyrinth] (Leopard Concept Labyrinth) The labyrinth of the forest is the third labyrinth of the Taming Master that will follow the abyss labyrinth and wind labyrinth. The overall volume and difficulty will be set to the extent that it conforms to the maze of the wind so that even novice users can enter.   To give a little bit more explanation to summoners who are looking for a stronger dungeon, The production of the 50th floor (planned) boss, the top floor of the abyss labyrinth, which currently has the highest difficulty area over 30th floor, seems to have progressed considerably. However, in order to launch sequential dungeons according to the difficulty level, other labyrinths will be available to you after completion to some extent.   However, even if the number of floors is not vertically expanded, it is a labyrinth dungeon in which new secret rooms are frequently added in the existing floor every update.   3. Leopard pickup event   4. Other improved features     June 24 (Scheduled dates may change due to internal circumstances)   1.Expedition(tentative) content Introduction - Progress of exploration content 1. Check rewards from expedition quests > Start after selecting your favorite expedition 2. After the time required for each expedition (time lapse is possible even at offline) > Return of pets & Reward   - Expedition level 1. Expedition level increases when Expedition is completed. 2. Level is reset for each Expedition season-cycle is about 3 months (planned) 3. Seasonal rewards (such as pet) exist as a special concept for each season 4. Basic reward and season pass reward according to the Expedition level (additional reward) 5. Expedition quest slots increase according to the Expedition level 6. Depending on the Expedition level, quests for each grade appear (Normal to legendary grades)   - Expedition reward 1. Goods: Various evolution materials, hatching stones, attribute token, skill cores, soul shards by grade, crystal, gold, etc. 2. Reward earned by the pets participants: EXP, potential reroll (reincarnation), recovery of a small amount of soul power, and increased probability of evolution   * Expedition content will be announced in detail in a separate post later     2. Events Congratulations! 1st anniversary! Taming Master became the first anniversary in Korea. Check out the various events and rewards to be introduced below!   1. 1st Anniversary Celebration Event (Details will be released later.) 2. 7 days reward for returning users 3. Fairy Forest Open 4. Whitesky Shelldragon Pickup event   3. Other Daily Rewards will be improved. improved features.   Thank you.