Prepare to Vote With Animal Crossing

I don’t know about you, but I’m not the best at keeping up with politics. With many of my hobbies sitting squarely within the realm of nerd culture, it’s not often that the very real current politics becomes a point of focus, and if it is, it’s either painfully hamfisted or presented after the fact, a response to the horrors we see occur in real life. So to think that you may become a more informed citizen and voter (if you’re old enough) by playing Animal Crossing, well, I consider that a win-win in my book. Let’s take a look at how playing Animal Crossing can prepare you for voting season. 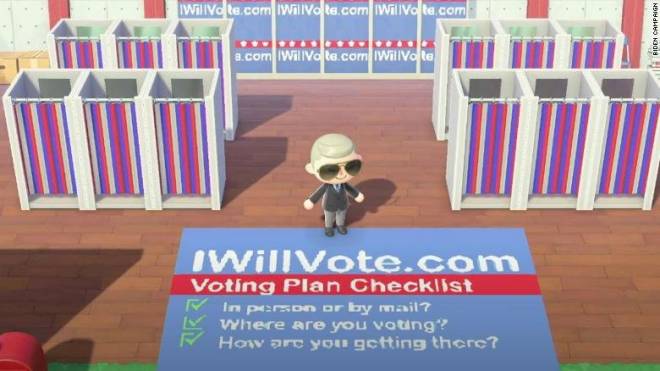 It was recently revealed to the public that one of the primary candidates of this year’s presidential election, Joe Biden, has set up his own Animal Crossing island where players can visit, interact with Biden’s player character, and learn more about his beliefs and stances regarding various topics related to his ongoing campaign. His stance of “no malarky” is featured front and center, as it’s what his character states if interacted with.   Players can visit this island in specific by using a Dream Code. Lay in a bed somewhere in the game, then input: DA-7286-5710-7478. This will give you access to what many players are referring to as Biden Island. 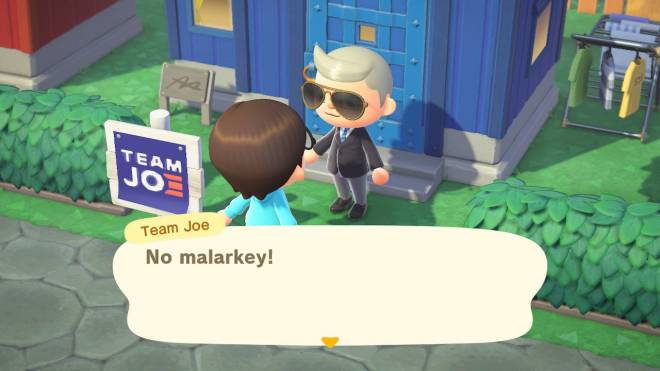 While some of the island is tongue-in-cheek, showing off Biden’s affection for ice cream and model trains, other portions give an in-depth look into what Biden would want to accomplish as president. Not only that, but instructions are provided in-game so that you know where and how to vote, giving players the tools to apply their newfound knowledge.   At the time of writing, there is no equivalent to be found for his opponent, Trump, so you’ll have to do your own research online if you want to get a better idea of his stances, although I’m sure you’ve heard more than a couple of things regarding him over the past 4 years.   Regardless of where you stand or what you believe in, this year may be the most important time to arm yourself with the understanding of the presidential election. There’s a lot of people shouting from both sides, and it can become overwhelming and confusing if you don’t find good sources to learn from. And where better to be informed about someone’s platform than by the person running? It may not be the most thorough (I’d recommend doing your do-diligence afterward if you have any lingering questions), but it’s best to take the time to visit Biden Island, no matter who you are. 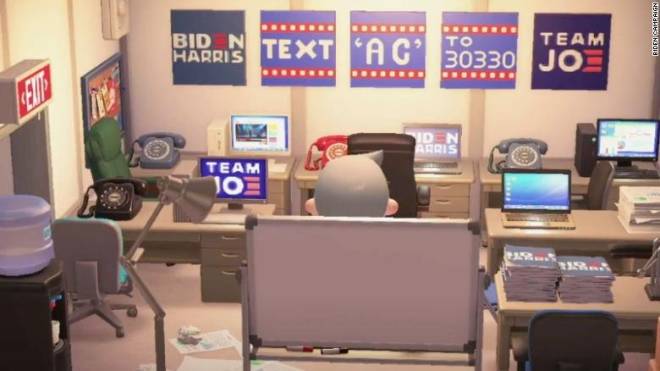 What did you think of your time at Biden Island? Do you think this is an effective way to talk about politics? Let me know your thoughts in the comments!