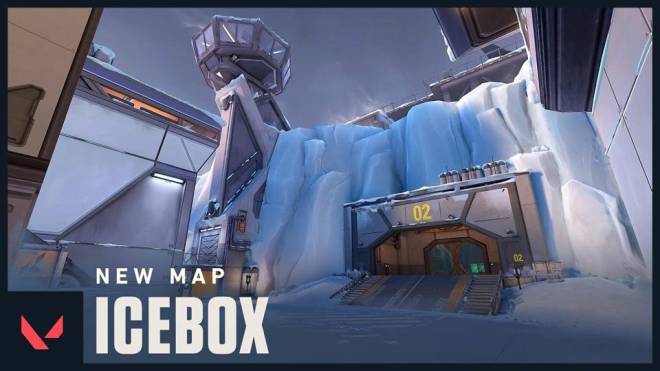 So, Icebox has made its way into Valorant. To be honest, I was hoping for a more warm welcome than what I've experienced with it, so far. I'm personally not the biggest fan of the map, though. There's some issues with it that I simply don't like and a few little tidbits here and there that I'd change about the map. I just wanted to share my personal dislike for the map because let's be honest, this map just ISN'T suitable for the Valorant playstyle. First off, the map has a lot of close-quarter action going on. I’m not so sure about this decision by Riot. With so many of the fights in Valorant taking place in longer distanced and opened up areas, this map makes it a lot easier to aim at someone and gives players a huge disadvantage if caught in the open. The abilities that we use are typically long ranged and there’s a better chance that they’ll actually be useful for long ranged action. Second off is the big hide-and-seek style we can see in this map. It’s such a pain having to check corners in other maps as there’s a risk that there’ll be someone unexpected. Now we have to look at even MORE locations because of how many ring-around-the-rosy spots and corners we have. Nevermind the fact that there’s so many spots in the map that provide elevation advantages. Basically, there’s an insane number of places to hide which is going to slow the rounds down a lot. The colors (particularly on A site) are all so… boring. There’s a bunch of two colors blending in. Gray and pale green surround the site and no matter where you look, it’s just the same thing. To be honest, without a minimap, I’d get lost occasionally because there’s no real definite way of telling where you even are. As for the outside world… well there’s snow. The boxes and walls are still gray and pale green. A few orange containers mix it up. That’s literally all there is to it. I wouldn’t say that the appearance of a map is essential to the playing of it but it’s by far one of the most important things that keeps me interested in a game. Am I wrong or was I right with everything I said? Everyone’s open to share what they think and I’d love to hear what you have to say about the map! Are you enjoying it or is it a drag to play? Let me know down below and I’ll be glad to see what you all think!