Skye’s release is soon to be upon us, and I can say, with full certainty, that Riot isn’t holding back their creative team with her kit. Whether or not she’ll be game changing is yet to be seen, but it’s clear that Skye is basically going to be a bunch of different agents mixed into one. That’s either a sure sign she’ll be overpowered with too much to offer or underwhelming with no true identity to grab onto. All the same, we’ll be taking a look at her abilities and giving some early judgements on them as they might fit into the meta. Starting with her signature ability: 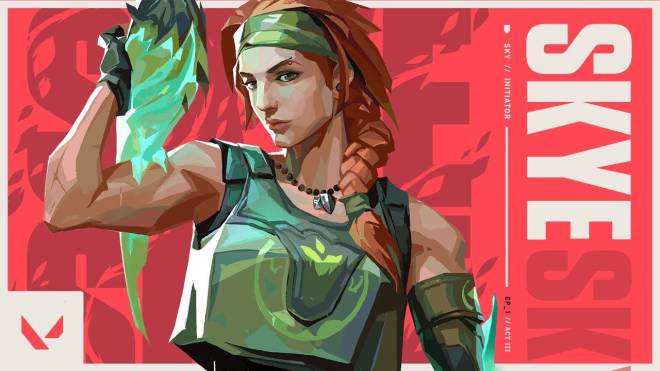 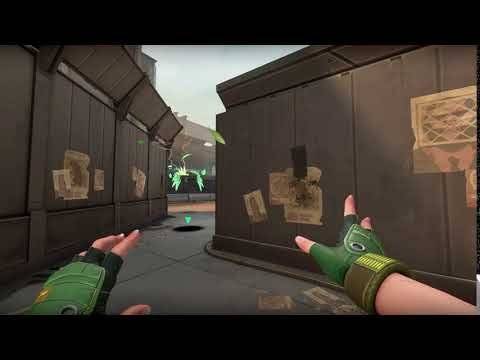 Upon using this ability, Skye throws out a little animal companion that acts as a flash grenade when reactivated. Nothing too crazy there, the animal can be controlled in a similar fashion to Jett’s smokes in mid-air, and can also be shot just as Reyna’s blinds can.   What’s interesting to note about this ability, aside from the fact that Skye can’t shoot her weapons while controlling it, is that the flash actually notifies you via audio when you’ve hit someone and when you haven't, meaning this ability actually acts more reliably as an info gatherer than a Pheonix or Reyna Flash.   It’s too early to tell whether or not the lack of shooting ability will hinder her usage in solo queue, but it’s more probable than not that professionals, who can organize a push in tandem with the flash’s entry, will be able to make more use of it than 5 rando’s. It may be worth mentioning that Skye can have up to three of these at a maximum.   In a vacuum, I’d this skill’s power level is a solid 7 or light 8 out of 10.   #Regrowth 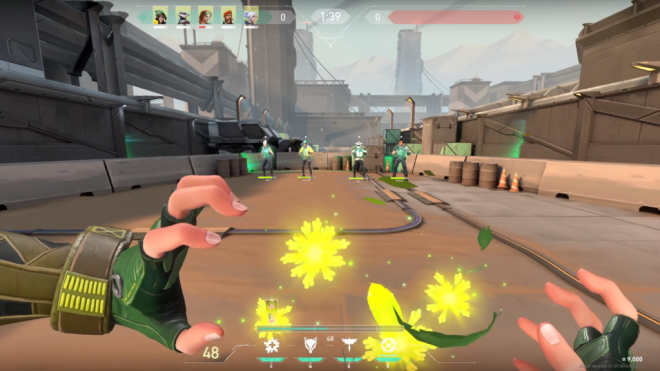 Skye’s Regrowth ability allows her to heal all enemies within a moderate distance from her location. Needless to say, this ability is either going to be incredibly busted or horrible, depending on the number values Riot decides to stick her heals with.   Keep in mind, this agent is going to be released at a time when Sage has just been hit with the nerf hammer in a very significant way, and the fact that she can heal multiple people at once means that the total value accrued during or after skirmishes is always going to be incredible.   Even if Skye heals 20% less than a Sage would to any given target, it’s still the case that if she’s healing 4 people, that 20% difference won’t be able to stop Skye from accruing more value from heals than Sage ever could. Now maybe that is too unrealistic a situation to deem reasonable enough to assume would ever happen, but the same principle applies to even two people.   If there’s ever a meta where multiple people need to be healed often enough, Skye is going to be broken simply because of this ability.   9/10 strength, assuming the number values aren’t horrific.   #Trailblazer 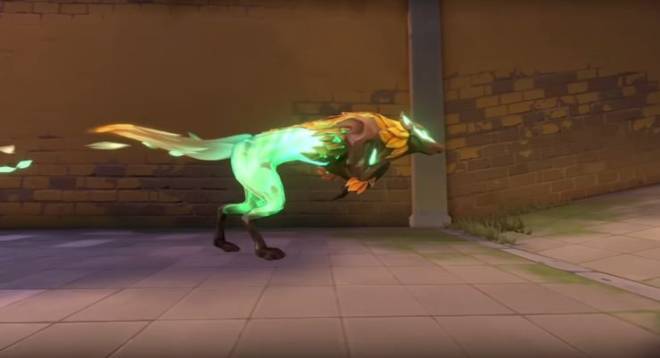 Skye releases a pup from her location that she controls. During this time, Skye is unable to move or interact with anything. Skye can fire to trigger the pup’s leap, which will stun enemies it collides with. After which the player can retake control of Skye as normal.   Just to note, the stun is similar in effect to how Breach’s stun works, and lasts roughly 4 or 5 seconds. The pup can be shot just like a boom bot can, and will be picked up by most tracking devices, such as a Cypher camera’s tracking dart.   This ability, to me, screams info-gathering. I can’t imagine there is going to be many situations where-in you get to actually stun someone, since you have to sneak up on them and then LEAP as a big ol’ pup without them seeing you coming from a mile away. That said, the ability to peak a corner with no real threat of dying means that Skye is actually a great support in aiding her entry fraggers gain vision of the enemy before even having to peak a corner.   In fact, Skye seems to be really good at aiding every kind of player on her team, generally, but more on that later.   I give this ability a strong 8/10, the enemy shall rue the day they were forced to shoot an innocent pup just to stop my onslaught.   #Seekers Skye releases up to three seekers which… seek the remaining enemies down. Upon finding the enemy and making contact with their hit box, a seeker will detonate, causing shortsightedness that lasts for roughly 4 seconds.   If you haven’t seen any play tests with this ability in action yet, imagine the plasma pistol from Halo shooting a fully charged orb at an enemy. Now imagine when that enemy moves side to side as a means to avoid it, the orb follows him or her perfectly. And I mean *perfectly*. If the enemy hides behind a wall, the orb will climb over it just to reach him. If the enemy runs away from 30 minutes, the orb will (theoretically) continue chasing him.   The orbs are easy to see and the perfect speed to follow as you hunt down your enemies. This is an ability that’s extremely powerful in the roster of a team who’s already winning, but be warned: A losing team who finds themselves outnumbered or outgunned will have a really difficult time making the most of this ability, given the fact that 3 blinded enemies are hard to kill if they’re protected by 2 healthy ones. I give this ability a solid 7/10. It’s pretty, it’s original, and it does exactly what it’s supposed to do without bordering anywhere near overpowered (as far as I can tell).   And yet again, I find myself repeating the old mantra again: this agent seems to be an info-gathering support.   This ultimate, even, is meant to find enemies as it’s primary power variable. The blind is great, but also niche. You’d have to be seeking enemies out to make use of it, whereas you’d likely want to hunker down and play safe as a Skye.   If I had to make a wild prediction, I’d say that, assuming Riot gives her solid values, Skye will find herself in the B-tier for solo queue on release, and Overpowered-Tier for professional play.   But only time will tell how accurate these assumptions are. Until that time does come,   GLHF. -E