Hey there, Valorant veterans!   With the addition of Act 2 and the latest update, I wanted to breakdown a bit of the new Act Ranks that arrived. First off, unfortunately, most people’s ranks have been reset at this time, but on the positive side, many new ways of being commended for your skill is available now in Act 2’s system. The first of the details provided on this Act Rank is your immediate “Proven Skill”, which is your highest over-all achievement for that act. For example, if you succeed in a total of eight back-to-back gold victories, but then drop a few games later due to a sudden poor internet connection, your profile will still show off only those gold victories. 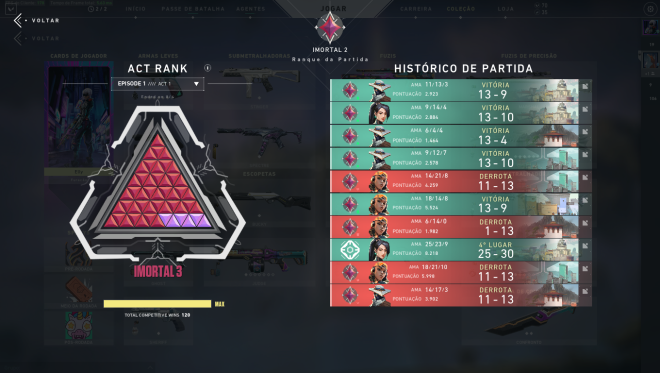 The new ranked system will also include specifically your highest ranked wins for the entire act, as well as your number of total ranked wings for the over-all Act. IF you’re worried about the seasonal idea of this, as I’m sure many are, don’t worry! While your rank will be reset with the coming of a new act, the previous season’s progress will be permanently contained in a solid emblem you can display on your profile at any time! I’ve provided an image of this below, so your hard-earned victories will always be there to show off. 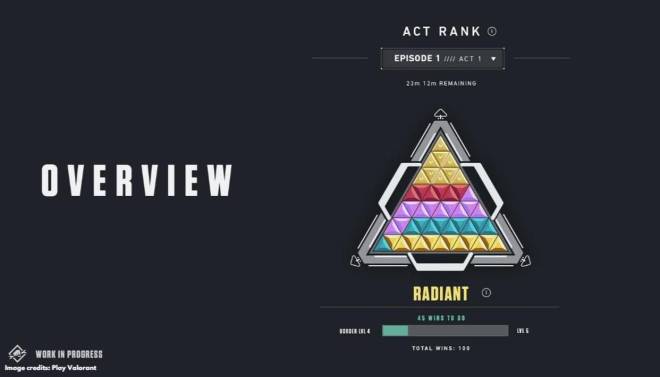 At specific intervals through-out your ranked Valorant career, specifically 9, 25, 50, 75, and 100, the border on your Ranked emblem will change. These will also stick permanently once the Act ends, so be sure to try and get as high up in the ranks as possible! (Not like you weren’t going to try already.) The most unfortunate part of this, as I mentioned earlier, is that your current ranks were already reset and if you haven’t gotten the chance to log in since the update, you’ll need to go ahead and do your placement games again. On the plus side, these games are following the Act 1 matchmaking idea, so there shouldn’t be too much of a change from the first placement games you played already. Once these placement games are completed, you’ll most likely be starting off a little lower in the Ranks than before, but don’t get discouraged! This is to help players find winnable games and get a kick-start to their new Rank as quickly as possible.   So, how far have some of you gotten in the new Act and have you gotten a shiny new Rank badge? Show it off in the comments!