By one account, Valorant’s early days have been nothing but a win for Riot Games. Not only is the player base remaining healthy, but the competitive news regarding pro play is slowly getting underway and the wheels of the eSports machine are beginning to turn.   By another account, Valorant’s early days have been…well... you know, I think that, in summarization, if only given a moment to pontificate while stroking my white beard... I want to go play CS:GO.   Valorant is a satisfying game to play, there’s no doubt about that. But holy moly, does Rito need to do something about the sheer number of vision obscuring effects in this game. Whether it be a smoke effect that blocks L.O.S. entirely or a short-sided effect that prevents vision beyond a certain point, it's become clear to me that Valorant has far, FAR too much sight reliance in it. 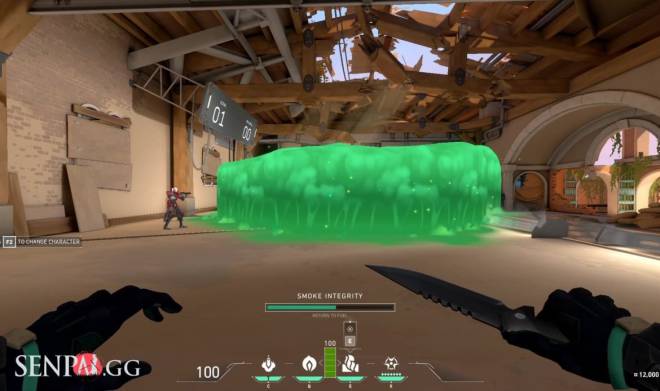 Cypher’s cages, Brimstone's 3 insta-smokes, Omens blinding flashbang-like purple thing and dome smokes, Viper’s walls and Ultimate ability, Phoenix’s flashbangs, Jett’s smoke smokes, smokes smokes smokes smokes smoke. There’s FAR too many in the game right now.   I’m not saying Valorant needs to copy ANYTHING else from Counter Strike to be effective as a video game that wants to retain its playerbase, but my god can Riot try to at least follow Counter Strike’s style in the smoke department, please? In Counter Strike, a player can choose to buy ONE smoke per round, and that’s with a heavy investment of 300 dollars. The one smoke needs to be placed perfectly and with great care, lest it goes to waste. Even then, the amount of time needed for the smoke to pop and build means enemies can reposition and / or rotate into another strong peaking spot if the smoke is placed poorly.   But in Valorant? Just chuck it out there. Honestly, it makes very little difference because you probably have two to three smokes on you to begin with anyway and can just spam ‘em out with decent effect no matter how poorly they’re placed. Hell, you don’t even need to aim well with Brimstone, since his smokes give you the ability to place THREE of them WITHOUT L.O.S. from a top down view of the map. 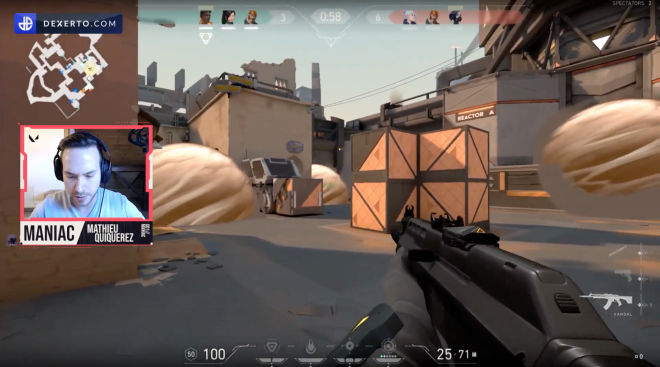 The sheer amount of vision obscurity makes rushing anything in this game nigh impossible. Even taking objectives through certain routes becomes obviously more dangerous than other routes simply because there’s likely to be a minute's worth of vision blockers thrown down at the start of the match that makes moving through them a deathtrap.   Take the Map “Split” for example 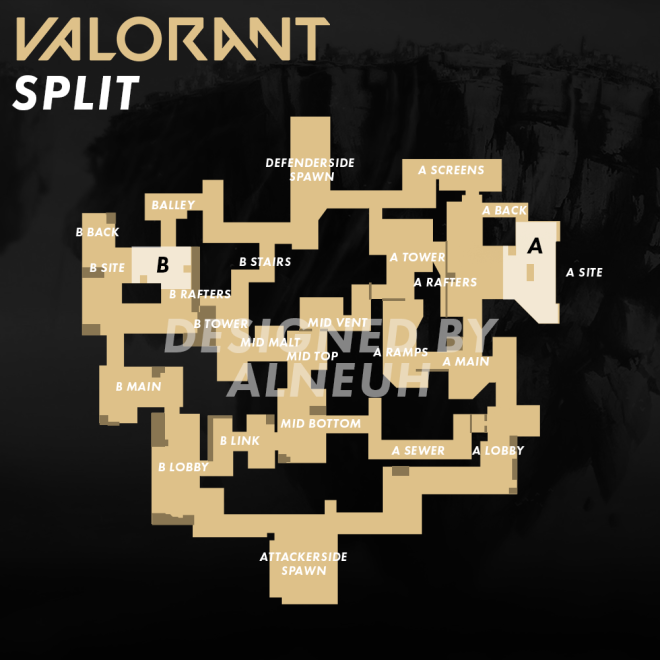 Given the layout of this map and the inherent danger in trying to push through either B main or A main with vision obscured, you’re essentially forced to fight through mid by just trying to beat out your opponent in a duel. And even then, the absolute onslaught of line of sight blockers that will come your way will mean that it's less about winning a duel of aim and more about gaining the better position to either peak around a smoke OR smoke out your opponent’s position. Smoke, smoke, and smoke. Do you see what I mean?   In Counter-Strike, if your opponent throws out a smoke, you have a chance to call it out for an early rotation before the smoke has even popped. You have a chance to move positions to counter the smoke itself. But in Valorant? Whoops! Everywhere on the entire map is completely obscured! I can’t see a thing! Oh well, I guess!   I’m not saying that Riot’s new FPS needs to tone things down on the ability aspect of the game. I think it's a great way to differentiate themselves from their competitor(s). But having almost every character have access to MULTIPLE instant-acting smokes and flashbangs is causing the game to look less like a first person shooter and more like an anti-cigarette ad.   I mean, what happens when the pro’s, and I mean the REAL pro’s who are going to be the best in the world in a year's time, get the practice they need to boil this game down to a science? Is every round going to be a story of “Brimstone smoked heaven, U-haul, and some other place, whatever. And the enemy team matches it with 8 smokes of their own! Amazing!”   Maybe I’ll eat these words one day, but the thought of games being decided by who can throw as many smokes the fastest doesn’t seem exciting or at all interesting to watch. It doesn’t even show itself to be very fun to play. And until Riot comes out in the open and lets the community in on what they plan on doing to alter the game for the release of ranked, I’m not sure what speculations can be made on the game’s future besides limiting the number of smokes to most characters to one each.   Or maybe they’ll buff Jett by allowing her to teleport to her clouds of joy and leave it at that.   GLHF, -E