I've got simps in my team🤣

Jk, it just looks funny to me cause my girlfriend and another friend bought the Sovereign card and I'm in the middle and they were joking about simping cause it looks like they're my knights. 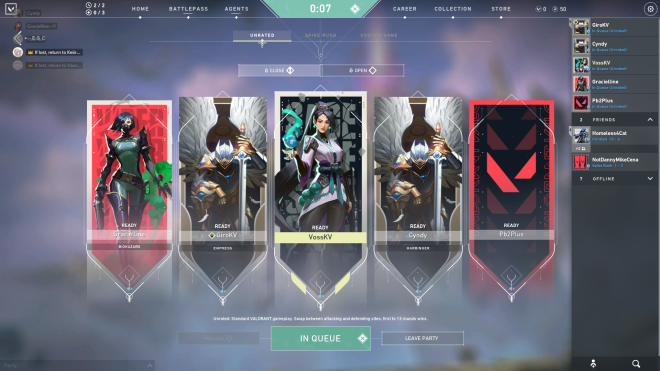 And while we're at the topic of VALORANT, I'd like to address the common myth that girls don't play VALORANT... seems like a lot of people on Moot here were talking about that the last few days.   We're a team of 4 girls and 1 dude and among my gamer friends, the ratio of girls vs. guys playing is about 45/55 so tbh it's not that big a gap and it's not that there isn't girls playing VALORANT, it's more that they don't talk because people tend to get weird about it.   Note that I say 'people' get weird about it and not 'guys'. There are plenty of girls who start getting jealous in a game because they're not "special" and they start acting mean towards the other females for no reason. There's also guys who get creepy and obsessive so really, the bad experience can come from literally anyone.   In any case, GLHF in VALORANT!   - 𝙑𝙖𝙪𝙨𝙚 Follow me on Moot for more Valorant content!   #Valorant #screenshots #miscposts