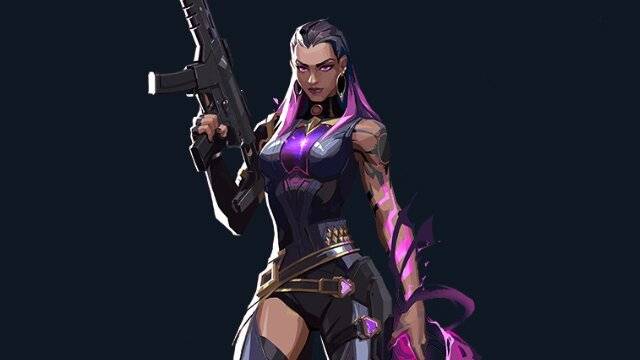 Devour (Q) – Consume the life force of a killed enemy to restore your health. Dismiss (E) – Consume the life force of a killed enemy to turn invisible and invulnerable for a short duration. Signature Ability: Leer (C) – Send out an Ethereal, destructible Orb that Nearsights any enemies that look at it. Ultimate Ability: Empress (X) – Enter a heightened state of bloodlust, giving you Rapid Fire and making enemies easier to see for the duration. Scoring a kill resets the timer.   The enemies who killed by Reyna drop a soul orb for 3 seconds on their location. Reyna can consume this orb to use her Q or E. 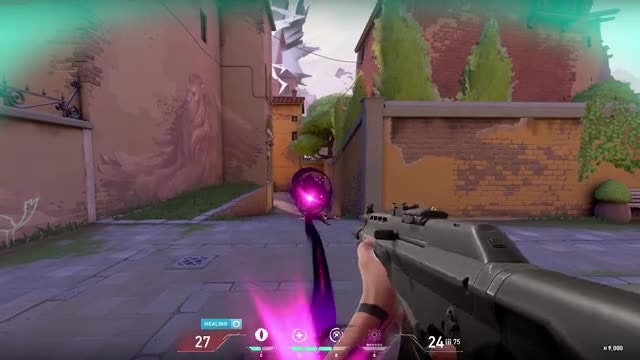 With Q (Devour), Reyna consumes an orb and heal herself for three seconds, up to and beyond full health (max 150). Any health gained beyond the standard 100 will decay slowly. This skill allows Reyna keeps on fighting with full health, especially good at pistol round. If only you could kill anyone of your enemies, you can get a free heavy shield with 100$. Once you cast this skill, there will be a link between you and the soul orb. The link will be disappeared when you hide behind the wall, etc.   If you already used X (Empress), Q will be activated without sucking the soul orb so that you can use the orbs for E instead. 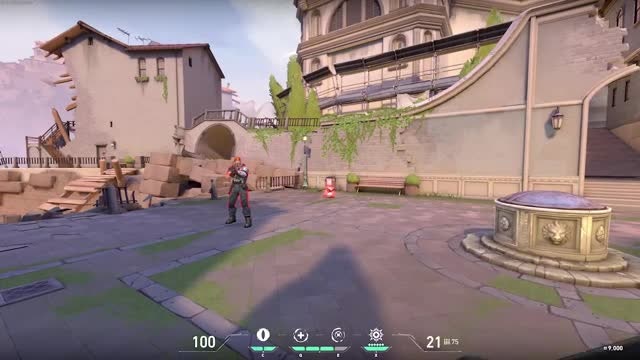 E (Dismiss) - Reyna consumes an orb and can instantly become invincible for a brief period of time (roughly 2 seconds). Reyna cannot shoot while invulnerable. During E, Reyna turns into a half-invisible state so your enemies can find you (but a little hard). It also silences your footstep sound so you can backstab your enemies easily.   If you already used X (Empress), Reyna turns into a perfect invisible state. They cannot see Reyna at all, but they can hear weird sounds when invisible Reyna approaches. 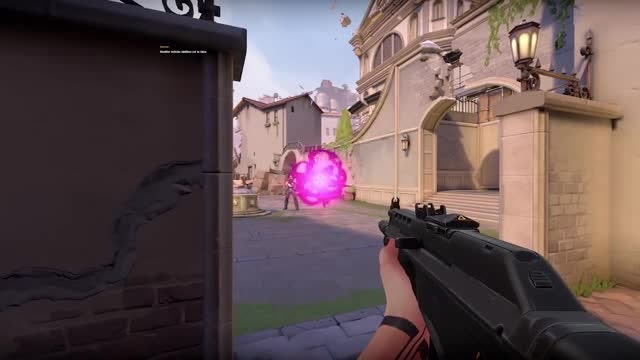 C (Leer) - Reyna launches an Eye-shaped orb out which floats in the air for two seconds and causes nearsight to any enemies who have a line of sight to it. Nearsight drastically reduces the vision range of any players affected (the same as Omen’s blind ability). The orb can be shot and destroyed by players.   This orb can pass through the wall, you and your teammates are not affected by its nearsight effect so you can launch it before you push the site. 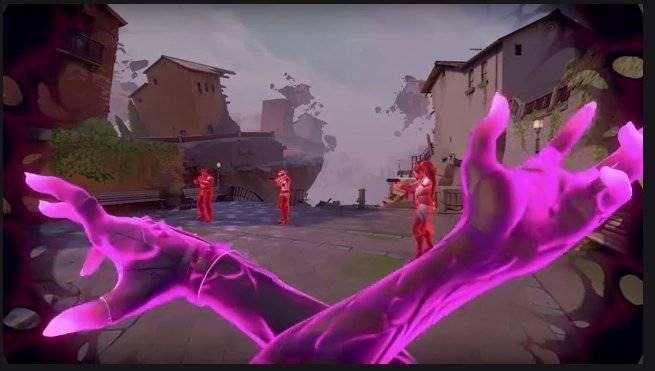 X (Empress) - Reyna gains increased rate of fire, increased reload speed, reduced recoil modification and faster skills casting for the duration. In addition, all enemies are highlighted in red. The time limit is reset whenever you earn a kill. In addition, Reyna’s orb skills (E and Q) are enhanced while in Empress.   This means that she’ll be reliant on her teammates to set up her frags, and won’t be as effective as a solo star. She also has to earn the kills herself to spawn Soul Orbs, making them far less common than you’d expect. As such, while Reyna is certainly capable of demolishing a team in minimal time, she’ll struggle to do it alone.