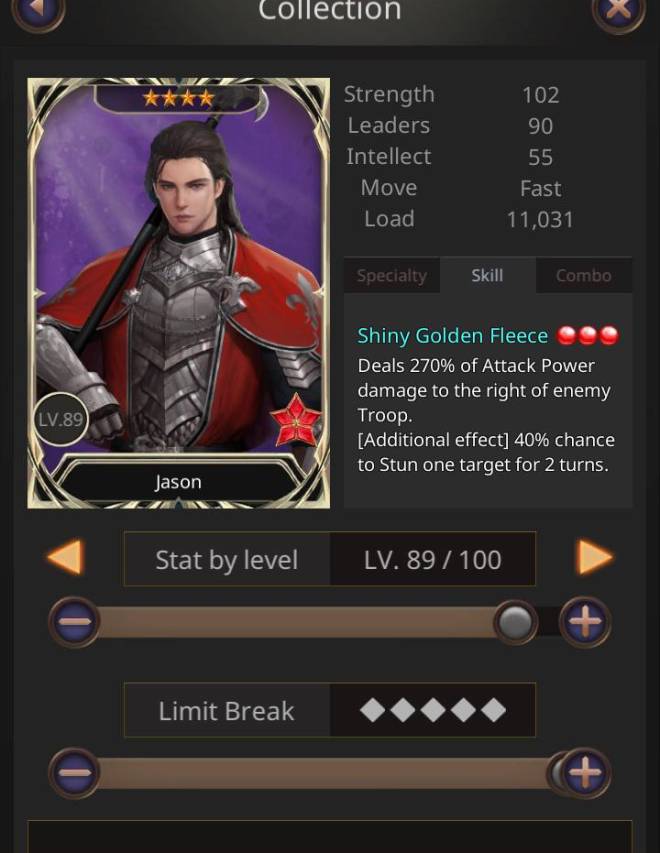 Jason is a four star hero He is an ancient Greek mythological hero ,he set out on a quest for golden fleece with his crew of Argonauts to reclaim his father throne .he successfully yoke the fire breaking oxen ,he made the sleepless dragon fell asleep and he finally obtained the golden fleece and became a herd. .... Furthermore Jason is a hero meant for melee battles ,,when combined with Camilla he has +5% to evade attack .and when combined with pompeius all attack type of certain soldiers type increase by +70%. .. Jason ,has an advantage over right wing enemies troops .he deliver and attack of 270% to right wing of enemies troops and apart from that he can stun one Target for two turns up to 40% .. If you ask me if he has a weakness I will say no. This hero is simply superb