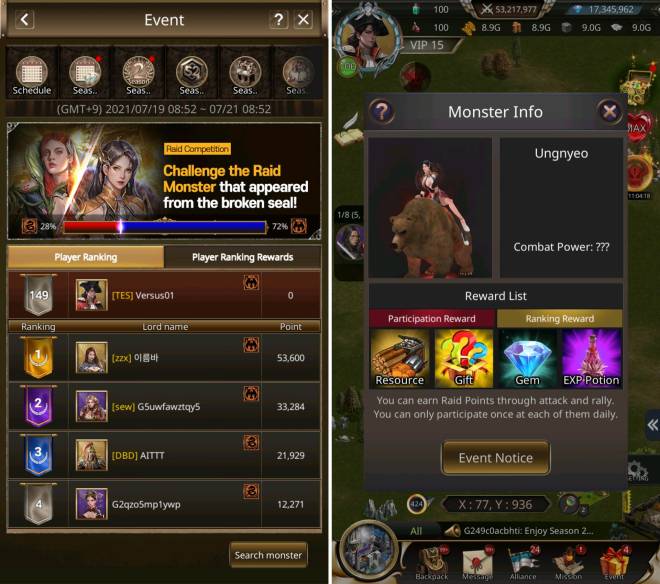 - The Raid event opens at 00:00 (GMT+0) every Monday to Wednesday. - The scoreboard appears above the screen when the event starts. - European players can only attack Ungnyeo, and Asian players can only attack Demeter. - You can search the Raid monster by the [Search Monster] button on the lower right of the event page. - You can only participate in the Raid once a day. > Can attack once at 00:00, Monday to 00:00, Tuesday. > Can attack once at 00:00, Tuesday to 00:00, Wednesday. - The estimated time to the Raid Monster is 5 minutes regardless of the distance.   - You can receive a participation reward and Raid Points by participating in an attack on the Raid monster. - You can receive a Personal Ranking Reward according to the accumulated Raid Points. > You receive a Raid Point for each 10 damage inflicted. > If there is a tie, the first player who made the record receives the higher rank. - The participation reward is sent via message. - The ranking reward is sent via message every 00:00 (GMT+0) Wednesday.