Be the Conqueror! The Intense Eastern and Western Civilization War, VERSUS : REALM WAR.   Greetings, dear Honorable Lords. This is VERSUS:REALM WAR.   A huge meteorite fell into East and West. Surprised villagers ran straight to the place.   Are you curious about what the giant meteorite was exactly? Check it now!   ※ New Commanders Appeared! 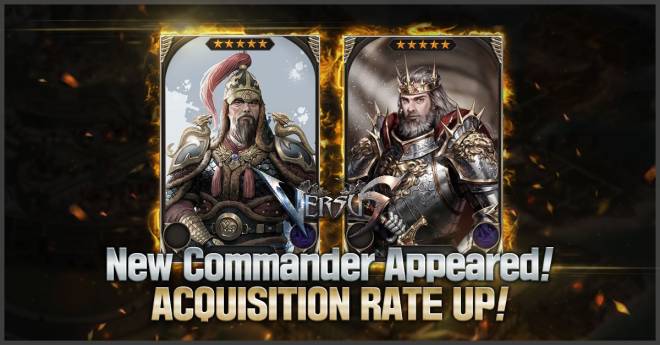