The Intense Eastern and Western Civilization War SLG! Greetings to dear honorable lords. This is VERSUS: REALM WAR.   4 commanders including Zhao Ji and Princess Wilhelmine have returned to the battlefield as a process of our Rewind Project! We wish you to successfully summon these commanders during this project.   Please check out the details below, and design your own finest tactics!   ※ List of Released Commanders 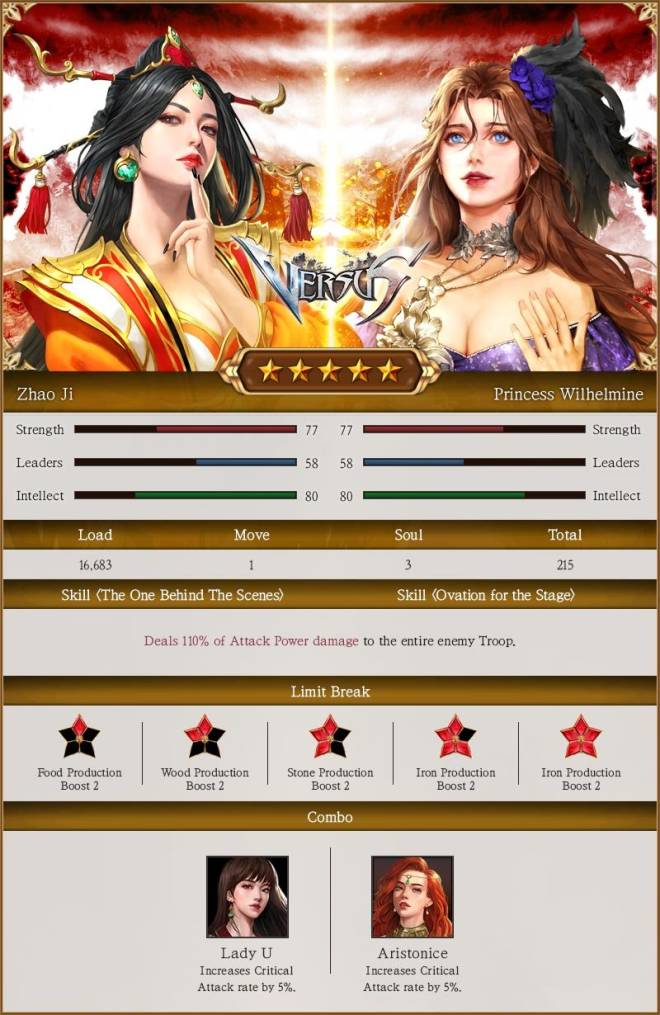 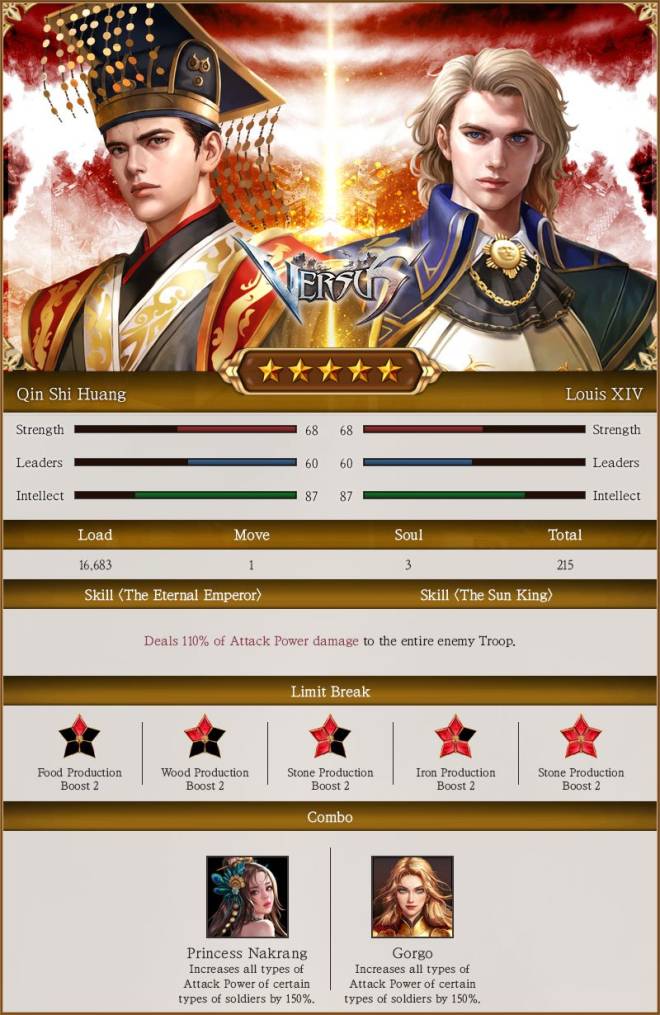