Greetings, dear My Honorable Lord. This is VERSUS: REALM WAR.   We will hold Emperor War every two weeks. Please refer to the contents below to prepare the Emperor War.   [Emperor War schedule] 1. Period - 2020-06-13 11:00 ~ 15:00 (GMT+0) * Emperor War will be held every 2weeks.   2. Server - Server Tzar, Server Khan   3. Event Participation Requirements - Lords who complete Tutorial, Lords who join Alliance   4. How to participate 1. Staring Emperor War Alarm will appear in the game. (Event Remaining Time and Coordinates Notice) 2. Move to Emperor Castle Coordinates (X: 600, Y: 600) in Field. 3. After Emperor War begins, attack Emperor Castle and Emperor Tower to get Points. - Occupy Emperor Castle and Earn 20 Points per 1 minute. - Occupy Emperor Tower and Earn 5 Points per 1minute. 4. After Emperor War ends, the message will be sent to participants. Then, they can get rewards following the points. 5. Alliance Leader of Point Ranking no.1 will become Emperor until the next Emperor War and Emperor can have benefits like the below. ★Emperor’s Benefits: Title Appointment, Kingdom management, 포상 offer, Tax rate change, Emperor’s Gift offer   Please check the details at the Game Guide via the link below. ☞ Game Guide https://moot.us/lounges/304/boards/1475/posts/3668084/emperor-castle 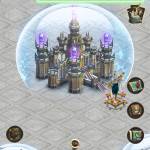 We hope the notice could help you play Emperor War. We will do our best to provide lords with honor and glory.   Thank you.