So I’ve been meaning to address this for a while but due to my recent hiatus on moot I’ve been slacking. 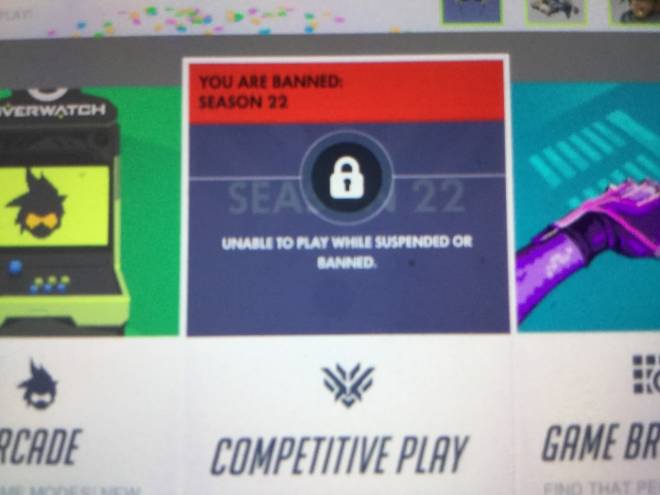 so as I don’t play on tv ( as the moron I am ) and play on handheld during the time of a comp match I didn’t realise my switch died and I got banned until next season .... What I mean to address is switch and blizzard need to make some way to be so when you run out of battery on handheld mode whilst in a match you get no penalty because this has happened to me so many times. I don’t mean to sound rude when saying this I’m not pushing them into this I think overwatch is amazing as it is and all the new events have been great especially as a switch player as ow on switch has never had a anniversary event and this one has been great. ( also I can’t play on tv because me and my brother share a room and he has his xbox linked onto the tv and we only have one because I’m broke )