Pikuniku is a peculiar puzzle-platform adventure game where you play as “the beast,” a character who is best described as a red blob with some seriously dangly legs. Featuring a cute, charming aesthetic yet clearly bizarre design choices, Pikuniku was quick to grab my attention as something that seemed truly unique. Puzzle platformers are one of my absolute favorite genres; how does Pikuniku stack up against the rest? 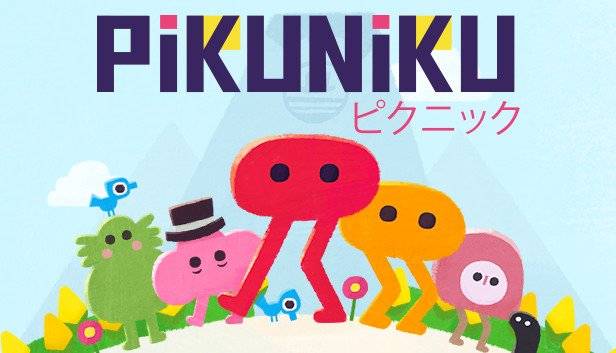 Pikuniku begins with a brief introduction from Mr. Sunshine, your friendly neighborhood capitalist who promises to give free money to everyone across the land in exchange for allowing his "totally harmless" robots to collect each village's "trash." The game’s personality and humor are apparent from the start, with the music, art, and writing all contributing to a genuinely charming introductory experience. 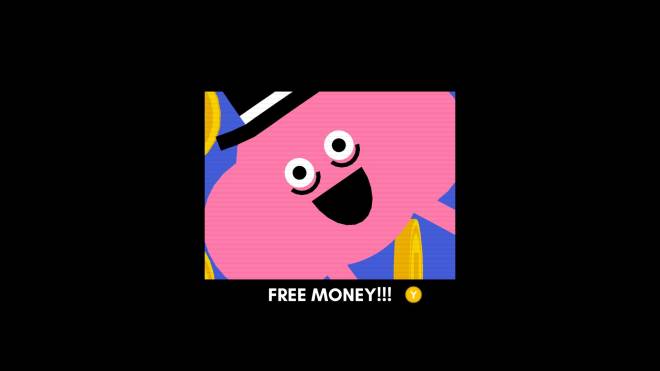 As your dangly-legged red-blobbed self finally emerges from a lengthy slumber, you leave your cave dwelling to discover that you are “the beast,” a legendary monster that the nearby townspeople have feared since the dawn of time. You don’t look so scary, but who knows? Apparently not even you do, as your memory has seemingly faded during your extended nap. At any rate, you’ll have to assist the townsfolk with menial tasks in order to prove to them that you truly are just a harmless red blob. 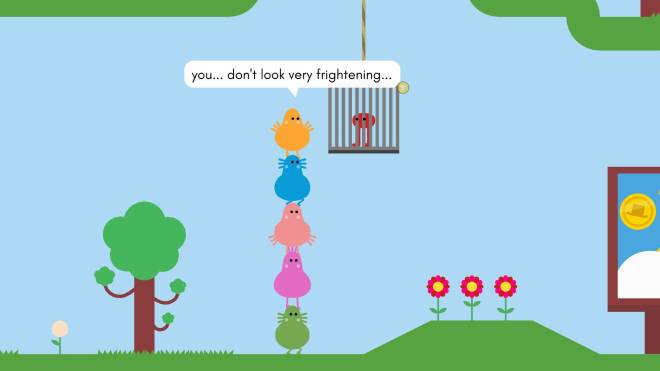 The story is pretty recycled and unoriginal; it quickly becomes apparent that the guy giving out "free money" to everyone might actually have some unsavory ulterior motives (shocking). Despite the story’s shortcomings though, the game definitely manages to maintain its charm throughout. Unfortunately, however, there isn’t a lot of substance that comes along with the charm. While the awkwardness and oddities of the game are certainly a deliberate design choice, they don’t necessarily make for a pleasant gameplay experience. In many ways, the platforming controls are surprisingly decent, but that’s only because your expectations are set so low by the way in which your character moves. 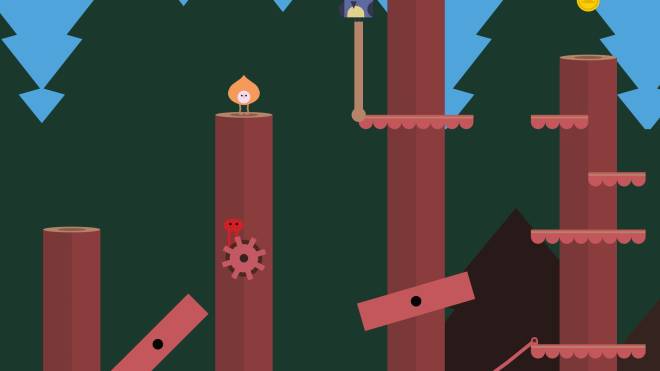 Puzzle-platformers are really all about the gameplay, and Pikuniku doesn’t really have any gameplay. Everything is so linear and simple that most of the game is spent just going through the motions. Sometimes games can get away with stale gameplay if the story is good, but Pikuniku doesn’t really have much in the way of a story either. Everything is extremely foreshadowed from the very first minute, and the game’s final conclusion is entirely underwhelming. 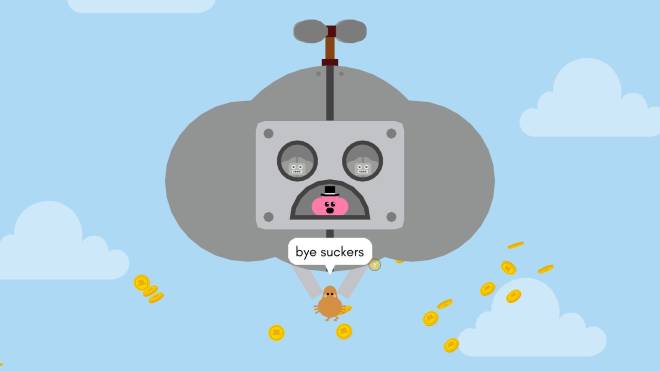 The only thing that Pikuniku really has going for it is its humor and charm which, to be fair, can be very humorous and very charming, but after a couple hours of tedious, sub-par gameplay with a predictable, uninspired story, the charm wears off. I think this game could appeal to those who are looking for a wholesome “fun for the whole family” type of experience, but for players who are looking for a unique and compelling puzzle-platform experience, I think you’ll likely find Pikuniku to be rather lacking.   Ryan’s Rating: 2.5/5   Pikuniku retails for $13 and is available on PC, Xbox One, and Nintendo Switch. It was also given away as one of Epic's recent weekly freebies, so if you've been keeping up with those then you already own this game!