ABZU is a fish-filled underwater adventure game where you play as a deep sea diver who has set out to explore the environment under the oceans. With its laid-back atmosphere and calming aesthetic, Abzu has garnered a wave of rave reviews praising the game’s artistic vision and wordless narrative design. What does Abzu have waiting for us beneath the surface? In Abzu, you play as a nameless diver and must explore your underwater surroundings, seeking to learn more about the strange world, its history, and its inhabitants. Although much of the game is spent doing nothing more than gazing at the stunning environments and marine life, there is a story in Abzu even though the game does not contain any text and dialogue. Simply by progressing along your journey and realizing your unique capabilities, you will help restore vitality and vibrancy to the world of the aquatic. The gameplay in Abzu is fairly akin to that of a walking sim, or in this case, a swimming sim. You move from one spot to the next, solving very trivial tasks in order to reach the next area. Most of Abzu isn’t really a game you play, but rather a game that happens around you. Abzu’s strengths are undeniably its atmosphere and aesthetic, and that’s exactly where the game tries to focus your attention. This game’s modus operandi is for you to sit and watch the fish, swim around a bit and explore, and then eventually get around to saving the world. 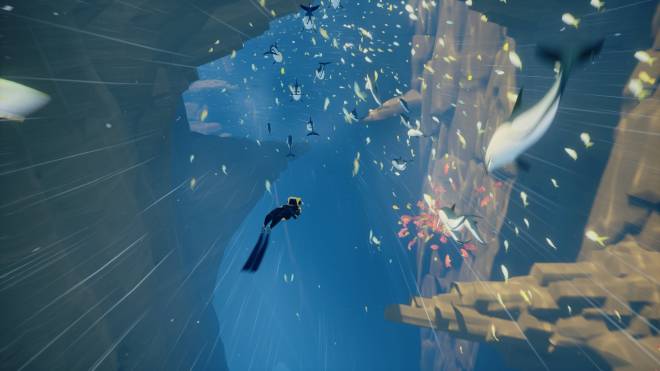 Unfortunately, despite how stunning and immersive the underwater environments can be, there are many regards in which Abzu leaves something to be desired. The controls are pretty poor and the game constantly feels at odds with the degree of freedom it wants to give you. Abzu presents itself as an exploration game, but there’s really nowhere to explore. Your progression through the serene waters is very linear and streamlined; there are surprisingly few places that you can actually explore and even fewer things to find once you’re there. 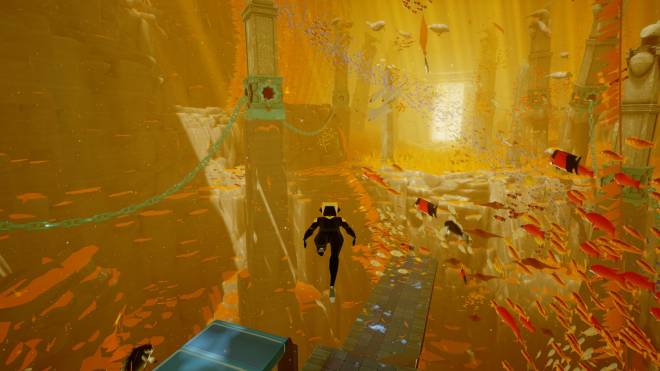 Abzu also suffered in its pacing and core gameplay loop. Movement is the entire game in Abzu yet movement is extremely slow. There’s a speed up movement button but it’s coded so that you can’t use it very often. Not only that, but the game frequently toggles between player-controlled movement and computer-controlled movement, creating situations where you literally take your hands off the controller and do nothing for extended times. This can get especially tiring considering that you essentially just do the same thing over and over in this game ad nauseum: open a door, find a shrine, free the fishes, rinse and repeat. 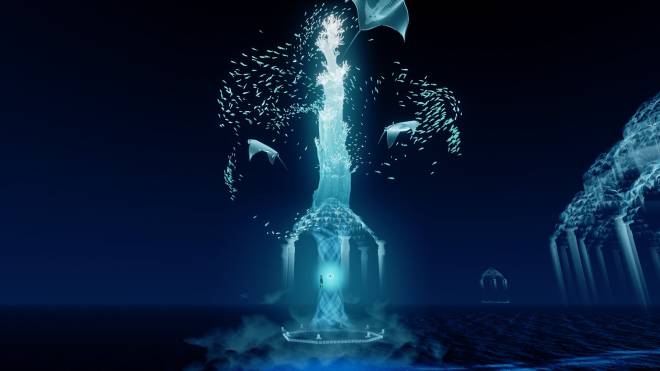 Overall, I feel like Abzu is a good experience but not necessarily a good game. Its strengths are very strong and do enough to carry the game’s weaknesses across its short duration, but the game certainly had its lulls and definitely would have benefitted from more dynamic gameplay. If you’re a fan of calm, relaxing games where you can turn your mind off and just enjoy the serenity, then you’ll probably love Abzu. Otherwise, I’d recommend giving this one a pass.   Ryan’s Rating: 3/5   ABZU retails for $20 and is available on PC, PS4, Xbox One, and Nintendo Switch.