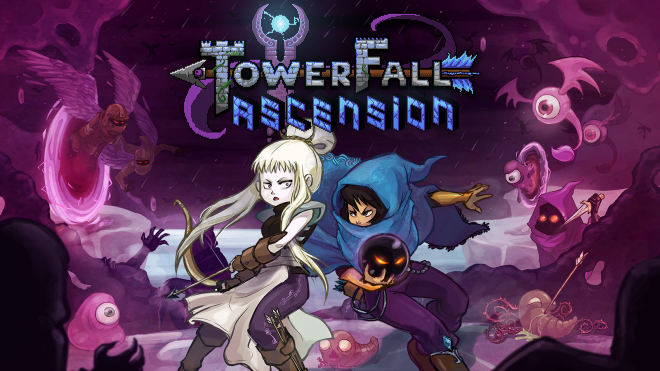 TowerFall Ascension is very similar to Super Smash Bros. in that much of the gameplay is centered around sitting on the couch with your friends and playing local multiplayer matches against each other. Of course, we’re in the middle of a pandemic right now so thankfully TowerFall Ascension also includes a Quest campaign mode which can be played solo or co-op with one other person. In Quest mode, you play as an archer who must defeat randomly generated waves of enemies in order to progress from one level to the next. As you move from level to level, the difficulty increases and your skills are quickly put to the test. 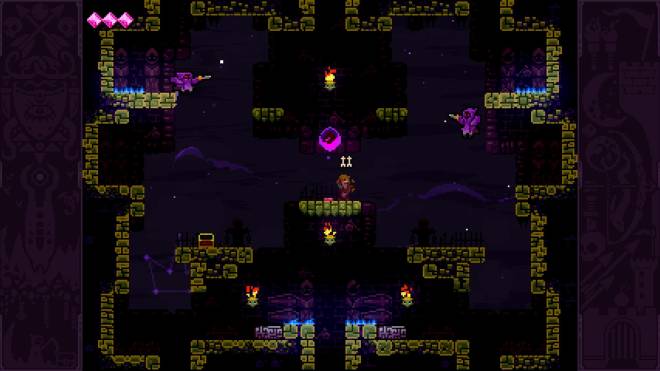 TowerFall Ascension has extremely basic controls yet surprisingly intricate, demanding gameplay. In this game you can defeat enemies by shooting them with an arrow or by stomping on their heads Mario style. You only have a very limited supply of arrows so if you choose to shoot at your enemies, you’ll have to retrieve your arrows from their corpses. Perhaps the most important mechanic in the game is the dodge ability. Dodging not only allows you to evade enemy attacks, but it also serves as a dash and double jump, and can even enable you to steal enemy arrows that are shot in your direction. Despite the extremely limited move set in TowerFall, you’ll need to completely master these mechanics in order to find success. 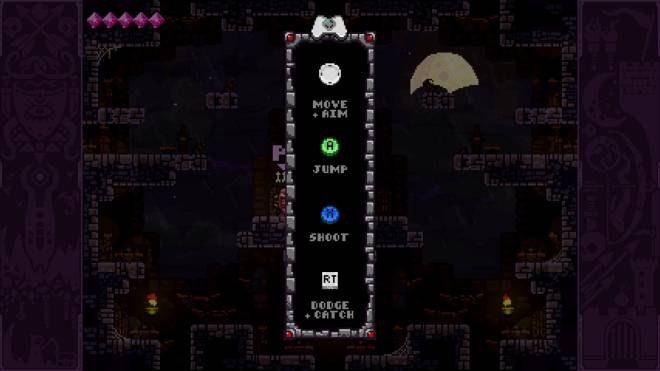 The enemies in TowerFall Ascension are each unique and provide their own set of attacks and challenges. Although the levels are somewhat randomly generated, this creates a learning element as you’ll need to figure out the best way to defeat your foes. For example, some enemies you can stomp on freely while other enemies will attack you from below. Some enemies are easy to shoot with an arrow while other enemies will steal your arrow and fire it back at you. Knowing the strengths and weaknesses of each enemy will arm you with the vital information you need if you want to stand a chance in the difficult fight ahead. 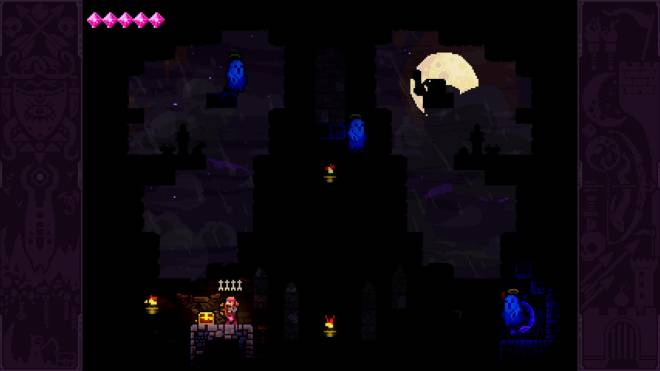 This game is brutally difficult. Much like some of Celeste’s bonus levels, TowerFall Ascension takes its simple ruleset and manages to create beautiful challenges out of it. This game will push your mechanical abilities and your mental ones as well. Friendly fire is on in this game and this plays a big effect regardless of whether you play solo or co-op. Your own arrows and attacks can and will hurt you and you constantly have to be on your toes in this game. It’s not unusual to fire an arrow up at an enemy, jump to avoid an enemy attack, and then dash through your arrow so you don’t die to your own attack falling back at you. 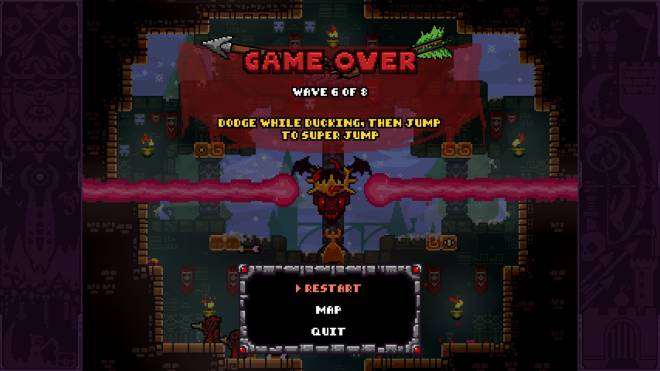 TowerFall Ascension is a great combat game with refined yet challenging gameplay. I do feel that there are shortcomings with the game however. I would have liked a more robust and meaningful Quest mode as I think it could have been used to enhance the multiplayer couch co-op. For example, Super Smash Bros. is likewise known for its multiplayer couch co-op, but the single player campaign mode is still worthwhile and enables players to unlock new characters. That said, TowerFall Ascension is still an enjoyable little game and the frenetic, skill-demanding gameplay is definitely worthwhile for those who like a bit of a challenge.   Ryan’s Rating: 4/5   TowerFall Ascension retails for $15 and is available on PC, PS4, Xbox One, and Nintendo Switch.