OneShot is a unique, fourth-wall-breaking adventure game that features one-of-a-kind puzzling elements. On the surface, OneShot looks like little more than your typical RPG Maker game, but it somehow has transcended its developmental limitations and earned widespread critical acclaim. What makes OneShot so special? OneShot takes an extremely unique approach to character design and development. You, the player, are a major character in the game. Your goal is to help Niko, a young lost cat-like girl, save the strange and unfamiliar world that she now finds herself in. This world is dark, somber, and filled with dysfunctional robots who are counting on you and Niko to restore their sun and along with it, their hope. Niko is this world’s messiah, and you are this world’s god. 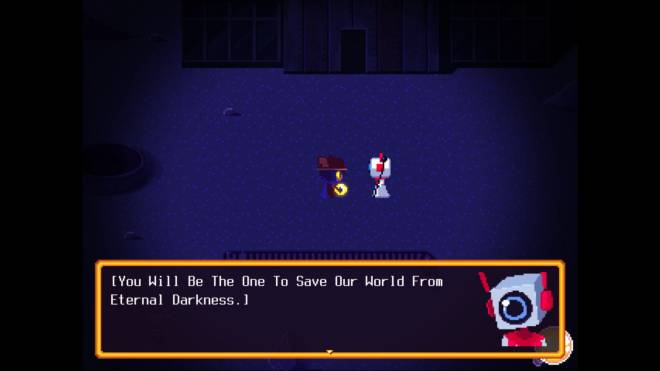 To describe this game as one that “breaks the fourth wall” would be underselling it. I don’t want to spoil anything, so I will just say this: not only are you a character in the game, but you must take actions outside of the game in order to progress. OneShot takes place in a world of computers and robots, and those who consider themselves to be severely computer illiterate may find some of the game’s puzzles to be quite difficult or confusing. Fortunately, the game does a good job of offering hints should you need them. 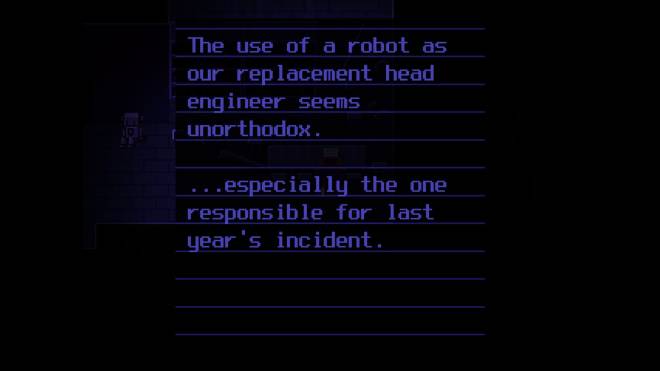 OneShot’s narrative is very layered and complex. Everybody is looking to somebody else for direction, but who really has the answers? Certainly not us. The way that OneShot draws parallels between you and the game’s characters creates a truly surreal experience. You are acutely aware that you are playing a game, but somehow it feels like so much more. It is very easy to form a sincere attachment to Niko and the others, so much so that life and vitality seem to ooze out of them by the story’s end. 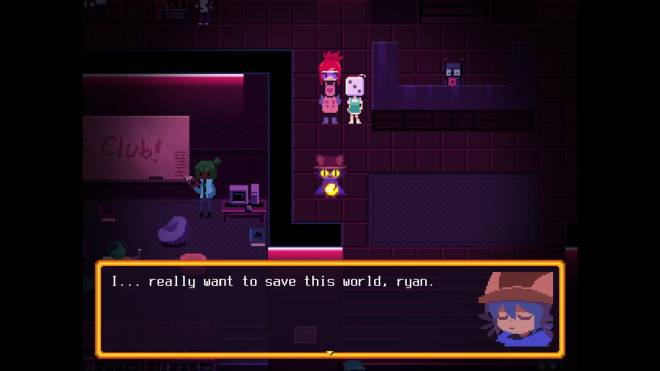 Unfortunately, the end is not so easy to get to. Much like Undertale, the first playthrough of OneShot only scratches the surface of the complete picture. There are fragments of information, scattered hints and suggestions, but ultimately a lingering sense that something is missing. I feel very similarly with OneShot to how I felt with Undertale: the first playthrough is very good but it’s not nearly as impressive as people make it out to be. In both of these cases, it’s the New Game+ and subsequent playthroughs that transcend them beyond the ordinary. 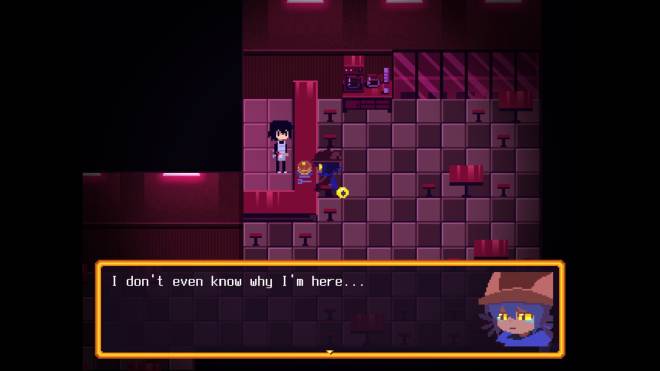 I want to make this abundantly clear: the NG+ in OneShot is phenomenal. However, I must admit that there are a few things I disliked about this game and pretty much all of them were within the first playthrough. The game presents itself as one in which each of your actions has a critical impact, but this really is not the case. The dialogue can often get clunky the more you interact with the characters and this become frustrating over time because there’s no way to skip a dialogue once you’ve started it. There were times in which the logic didn’t make sense and, in a way, the game discourages exploration. None of these issues are severe enough to cause any real dissatisfaction, but they do somewhat detract from the otherwise wonderfully immersive story. 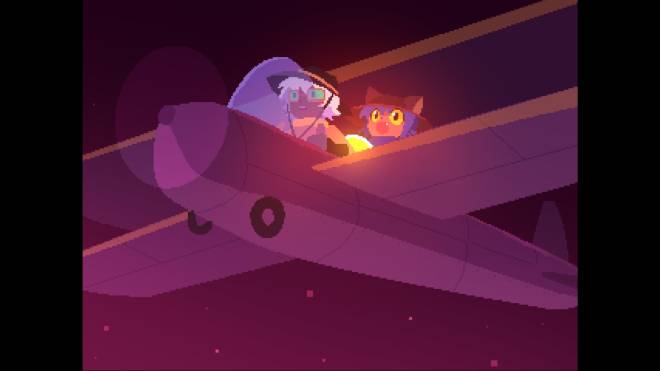 OneShot provides one of the best, most captivating narratives I’ve ever seen in a game. It does an incredibly good job of making you attached to the characters while simultaneously reminding you that this is nothing more than a game. And my goodness what a bizarre, beautiful game it is. I really, really want to give this a perfect score, but the first playthrough admittedly has its flaws and I think that the mechanisms of the puzzles may be off-putting to those who aren't so computer savvy. That said, this game is absolutely worth playing and I would highly recommend it to anybody who enjoys off-the-wall puzzlers or narrative-driven games.   Ryan’s Rating: 4.5/5   OneShot retails for $10 and is only available on PC. It’s currently on sale for $6 on Steam and was also included in the recent Itch Bundle for Racial Justice and Equality.